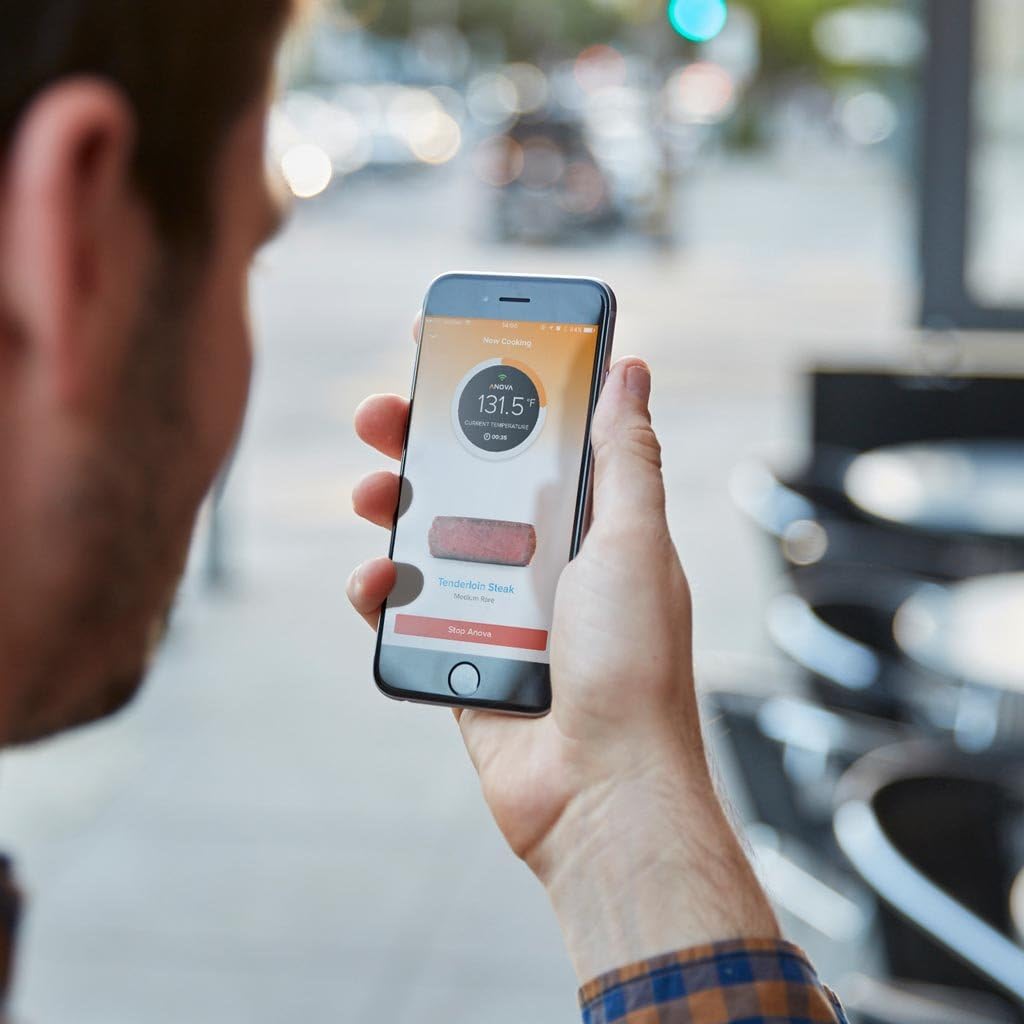 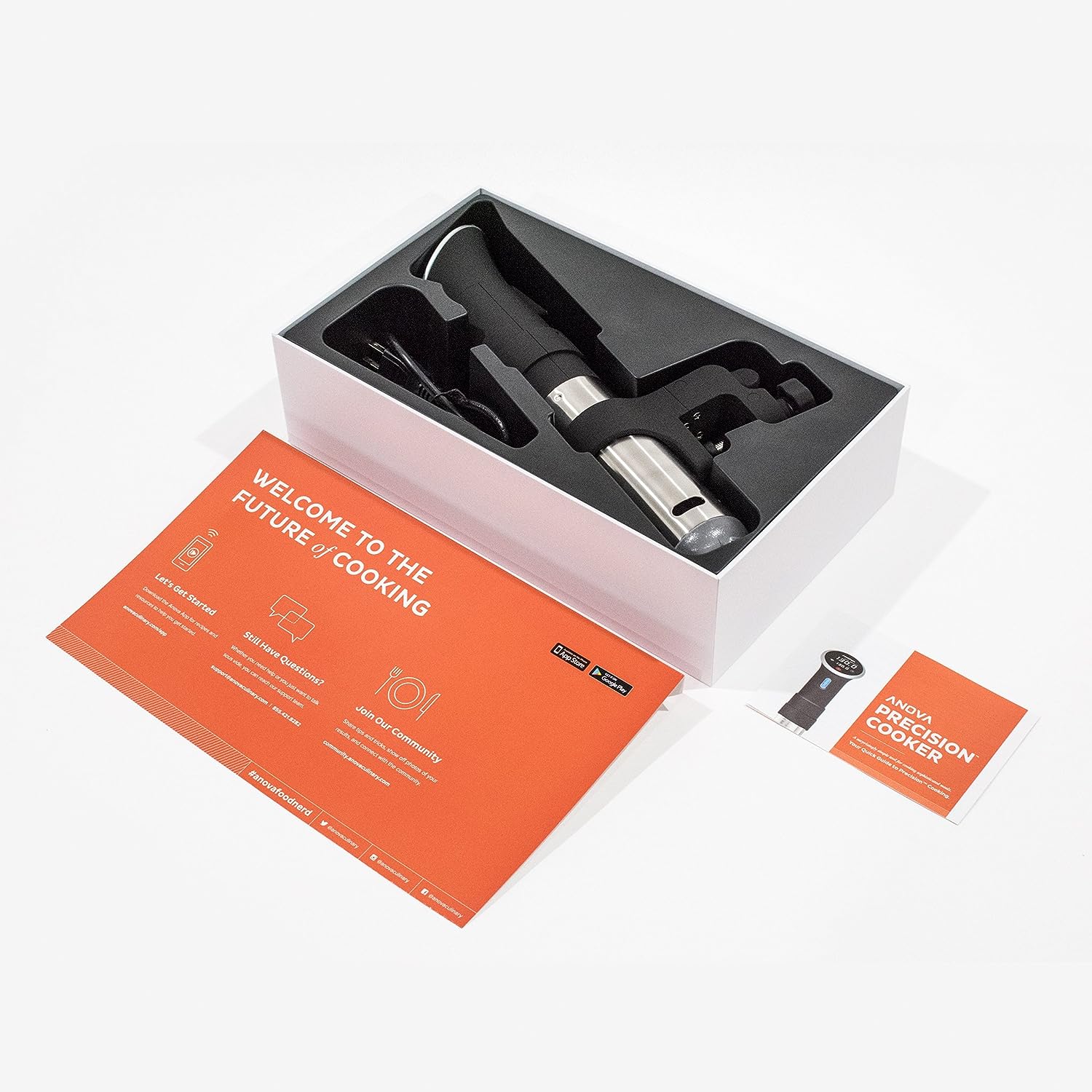 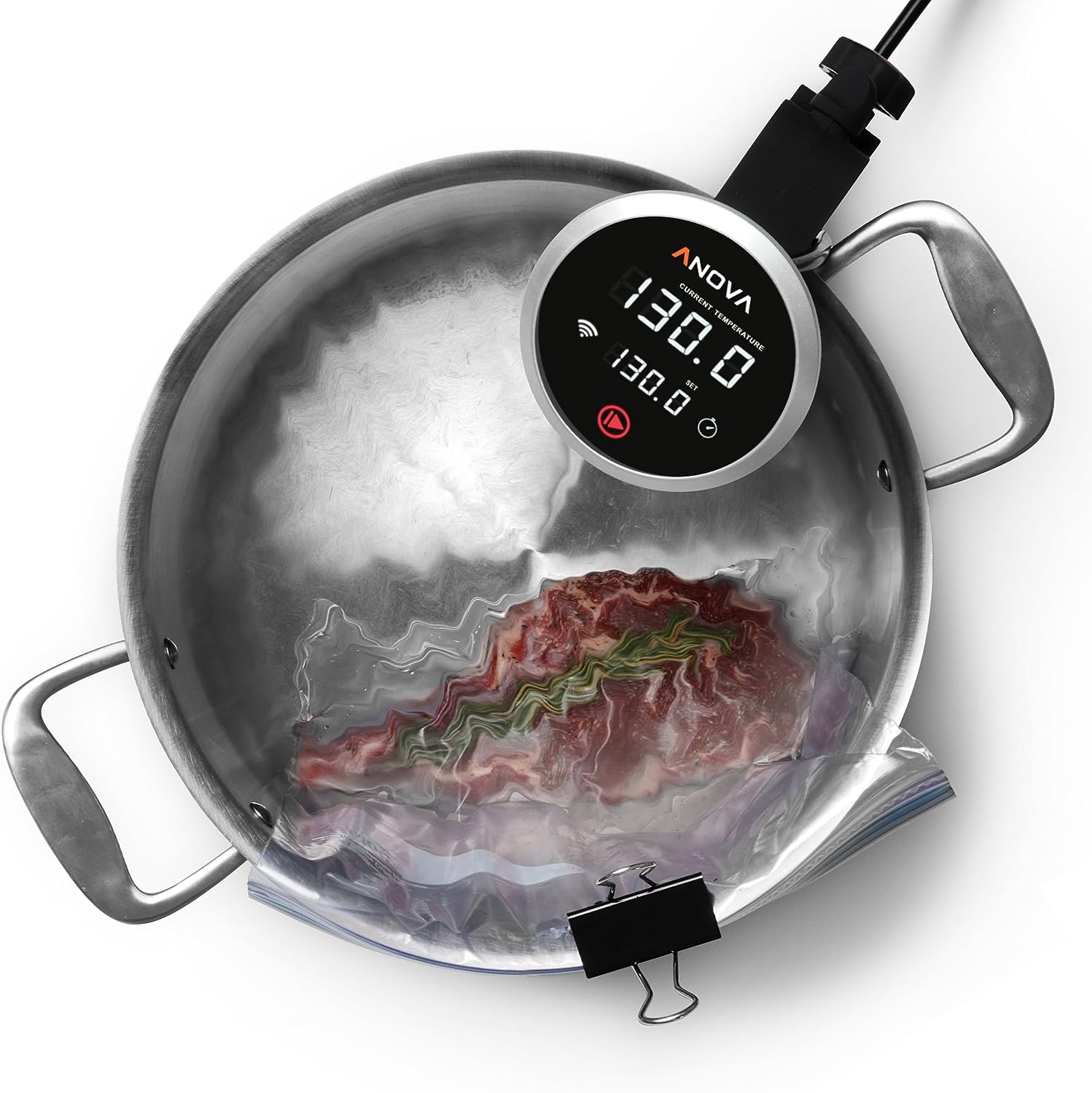 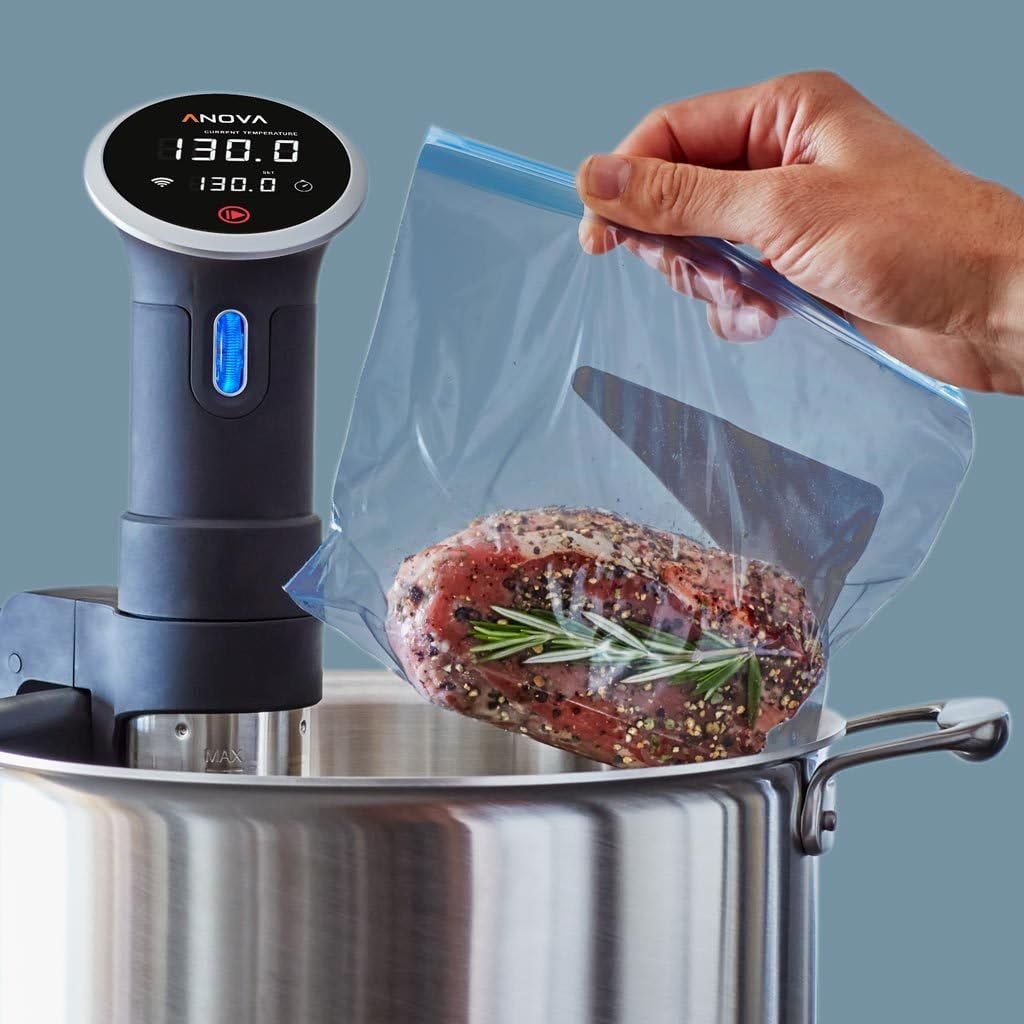 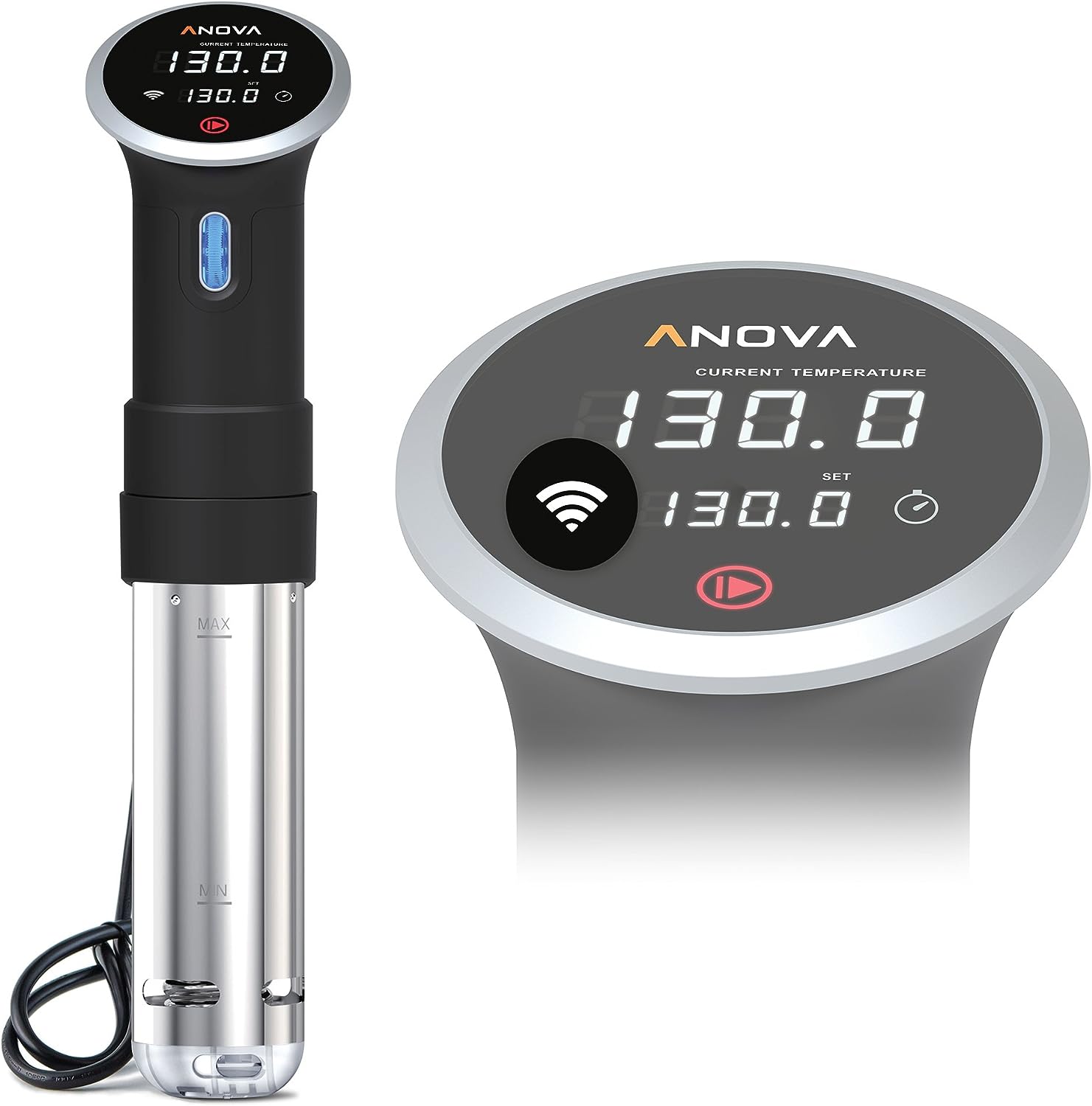 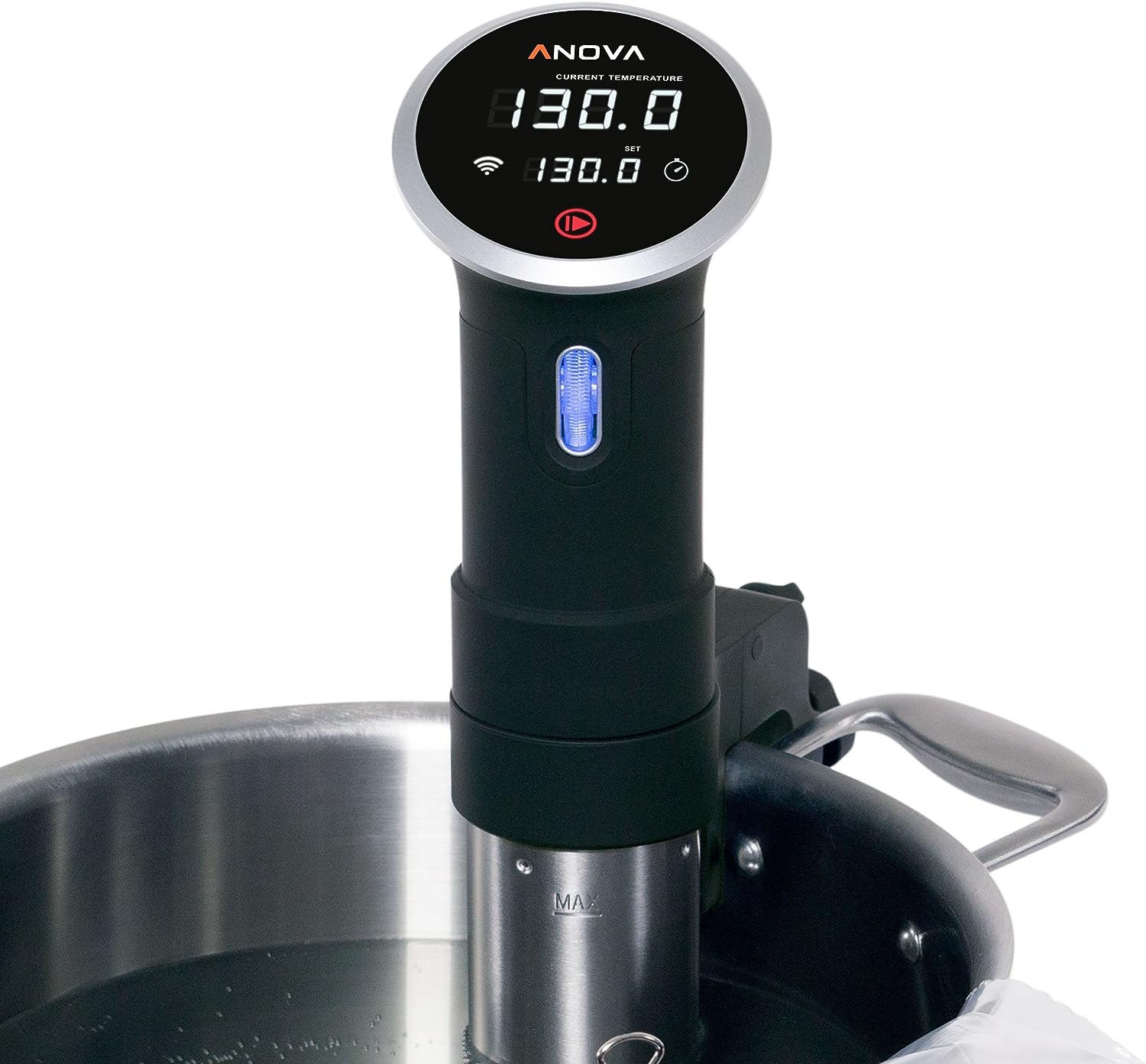 If you’re a seasoned home chef or simply have dreams of searing the perfect steak, it may be time to welcome an entirely new way of cooking into your kitchen. Introducing The Anova Precision Cooker – a standalone immersion circulator that uses the Sous Vide cooking style to prepare restaurant-quality dishes.

Sous Vide, which in French means “under vacuum” refers to the process of vacuum sealing food and putting it in a water bath,” according to Anova’s website. However, instead of pro-actively vacuum sealing your steak, all you need is a sealable bag, a pot of water, and then let Anova’s Precision Cooker do the rest. The end result: professional-quality edge-to-edge perfection whether it’s a Filet or a roast.

The Anova Precision Cooker regulates temperature by maintaining a steady circulation of water around your protein of choice. By eliminating hot and cold spots inside the pot, the Precision Cooker ensures that your steak comes out super juicy and cooked to the desired doneness.

From down-to-the-degree control over heat and temperature to sealing in juices, Sous Vide cooking completely removes the possibility of a dried out steak. According to Anova, “Traditionally cooked steak loses up to 40% of its volume.” Since this method of cooking uses circulating water to control temperature evenly, there’s zero concern around overcooking your meal.

Precision cooking brings food to an exact temperature and holds it while you prepare side dishes. Sous Vide removes the always-stressful timing issue out of cooking a large meal.

The Precision Cooker comes with an intuitive iOS/Android compatible companion app. Armed with over 1,000 Sous Vide recipes from James Beard Award-winning chefs – you’re able to create professional-quality meals even if you’re a kitchen novice. From video tutorials to real-time alerts notifying you of when dinner is ready, the Anova app allows you to cook remotely and choose your preferred level of doneness by simply opening your smartphone.

Whether it’s recipe sharing via social media or thumbing through Serious Eats Guides for inspiration, you can start producing some memorable meals by simply attaching Anova to a pot of water.

Considered the “pioneer of Sous Vide cooking for the home,” Anova’s affordable immersion circulator brings a rather advanced culinary practice into your home. If you want to turn some heads at the dinner table, then break free from the traditional bake, broil and fry cooking methods in exchange for the Sous Vide precision cooking technique that promises “edge-to-edge perfection.”