You Liked: WayRay Thinks Augmented Reality Will Be Mainstream in Cars by 2025

Augmented reality (AR) is poised to disrupt office spaces, the biomedical field, and even the way we think, literally. Founded in 2012, WayRay is an innovative navigation system startup. The Founder and CEO of WayRay, believes that true AR will become mainstream in the automotive industry by 2025.

There’s no doubt that augmented reality has high potential to disrupt numerous industry paradigms. But most AR applications are primarily made with small-screen devices like smartphones and wearables in mind. These tiny pieces of visual real-estate have become a crutch for AR developers.

Vitaly Ponomarev, WayRay’s Founder and CEO, thinks that this hardware is throttling our advancement towards “true” augmented reality. “It’s almost impossible to shove the high rendering performance, convenience, and good quality wide-angled picture into a small form factor.” Ponomarev defines true AR as “AR that shows virtual objects to be actually integrated with the real environment and visible on various depths, not only on a screen’s surface.”

AR applications, for the most part, are limited to entertainment purposes and nothing more because of hardware limitations. WayRay is a company that aims to change that. Backed by Alibaba, the Russia- and Switzerland-based startup focuses on developing AR driver assistance and navigation systems. Ponomarev believes that true AR will reach mass adoption in the automotive industry first, by 2025.

Ponomarev makes a good argument that true AR will be incorporated into most cars by 2025. For mass market adoption, true AR needs a rich and versatile ecosystem of applications like content and apps as well as hardware able to handle those applications.

As we mentioned earlier, this can’t happen with smartphones and wearables. So naturally, true AR can only begin with a non-wearable gadget. Ponomarev explains that automobiles make a great candidate for this because of their windshield. It is enough transparent space to enable true AR. WayRay’s Navion proves the feasibility of this by utilizing a combiner glass and holographic film. Only certain wavelengths pass through this lens, which then allows people to see a projected interface on their windshield. 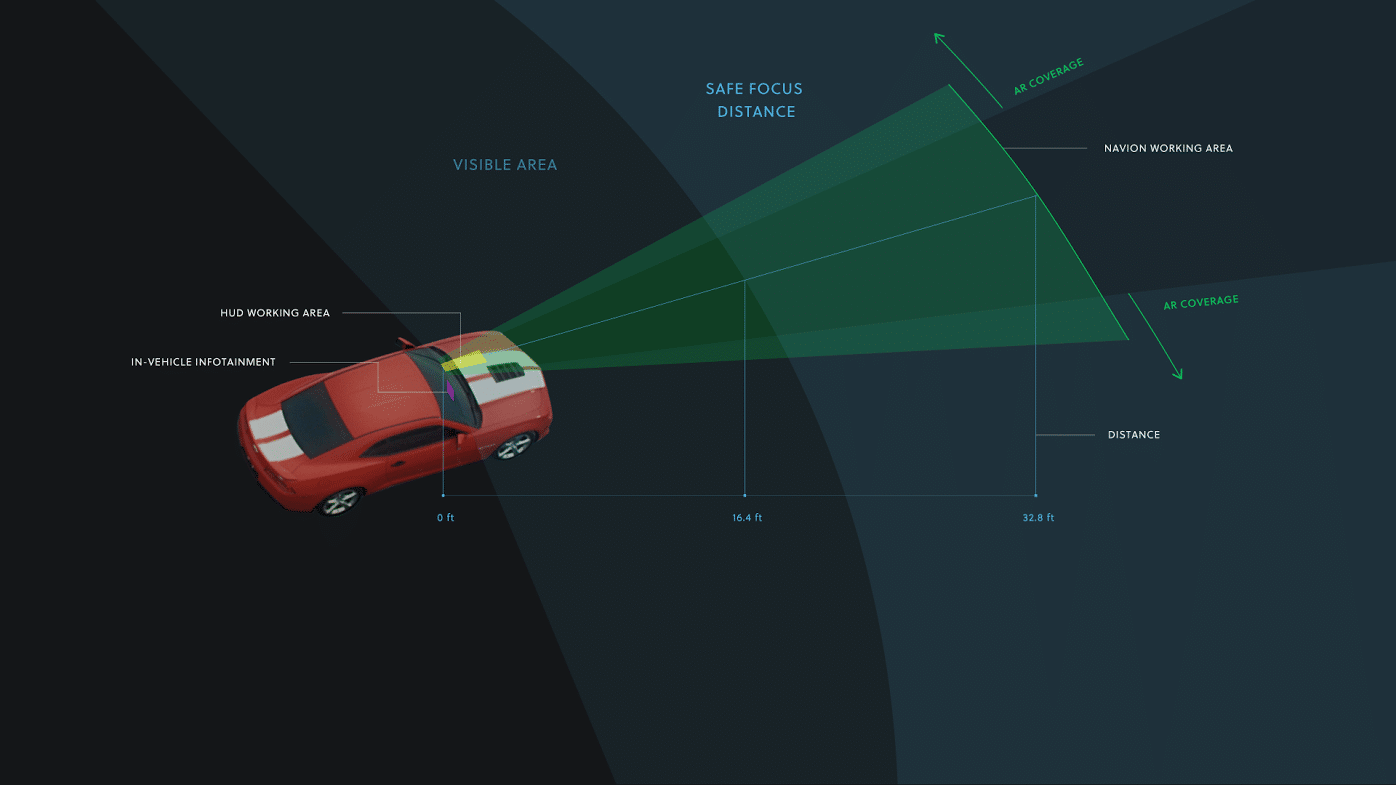 Besides fitting the bill engineering-wise, the automotive industry would also benefit from AR economically according to Ponomarev. The WayRay CEO believes that car manufacturers will continue to lose out on money if mobility-as-a-service (MaaS) companies like Uber and Lyft keep getting stronger. The fact that autonomous driving is becoming more ubiquitous and that these MaaS companies are looking to leverage this new technology are also not good signs for car sales.

Ponomarev argues that because electronics already compose a big portion of a car’s value, AR capabilities could strengthen this factor and make car sales rebound. It would also add new lucrative possibilities for other business models. New ads, in-car entertainment, geolocation features, and social networks could all be built around the AR car experience and updated in real-time to stay relevant.

Getting Acclimated to Autonomous Driving

Vitaly Ponomarev believes that AR will have effects much more profound than just new business models. Augmented reality could help on a grander scale: by making autonomous driving more accepted by society. The year 2025 is no coincidence for Ponomarev’s estimates of the automotive industry’s mass adoption of augmented reality. Fully driverless cars are expected to be available to regular consumers by then.

But just because it becomes available does not mean that it will be accepted. Society has to learn to trust autonomous driving, and this takes time. Augmented reality could depict how AI chooses which lane to drive in, how the route is deduced, and how it knows of other cars nearby. This could definitely expedite the process of making AR and autonomous driving a staple of modern society.

Currently, car manufacturers are attempting to increase the capability level of self-driving by one point every other year. Autonomous driving levels range from 0 to 5. Audi’s recently introduced A8 sports level 3 capabilities. This means that AI can take care of all “safety-critical functions” under normal conditions. Drivers are still necessary for an atypical road. Other manufacturers are intent on catching up to Audi by 2018.

Ponomarev infers that numerous more applications for AR in the automotive industry will come about that we can’t even imagine yet. Amongst the many challenges, the WayRay Founder also supposes that a universal platform for car AR will be a necessity to standardize content and driver assistance. Ponomarev understands is a trade-off. While cars seem like the best candidate for true AR, AR also has its part to play in bringing autonomous driving to the world.

It is a challenge that Ponomarev and WayRay are more than happy to tackle. Besides Navion, WayRay is also currently developing Element, a driving assistant that tracks and analyzes your driving habits. If all of this makes you too excited to wait for the automotive AR revolution, check out our review of the Navdy Heads-up Display.