The Nexar Beam dashboard camera is easily one of the most confusing devices I’ve come across. For the record, it does work decently as a basic dash cam, but the extra features, design choices, and overall user experience all leave a lot to be desired.

In this review I will go over the basics of the Nexar Beam dashboard camera, the features, the unboxing process, my testing process, as well as Nexar’s online infrastructure in order to help you decide if this dash cam is right for you.

The Nexar Beam dash camera is a useful, yet confusing little device. It’s unclear who this dashcam is meant for and there appears to be better options available even from Nexar themselves.

What Is the Nexar Beam?

The Nexar Beam is a window mounted camera that is installed in your car to record the road ahead of you. This way if there’s an accident or something occurs on the road that you need to show to your insurance company or the police, you have the footage ready at a moment’s notice. 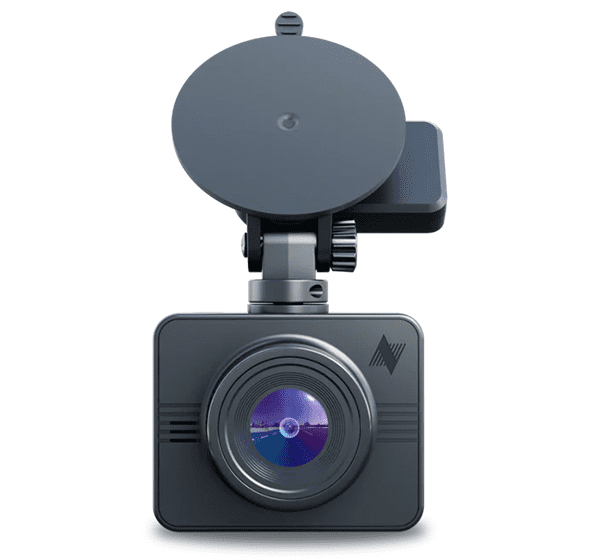 What sets Nexar products apart is their use of a cloud storage system that is free and unlimited to anyone who uses one of their dash cameras. I will get more into this in the Features section of this review but that basically means that all footage recorded on a Nexar camera is backed up online and easy to access, or at least it should be.

The Beam in particular is one of the cheaper cameras from Nexar, coming in at $139.95.

The Nexar Beam packaging is very simple, almost frustratingly so. The product name, Nexar Beam, actually does not appear on the box so it came as a surprise to me when I found out that this was just one of the many cameras that Nexar produces.

The camera itself resembles a small action camera, like a GoPro, but does not feature a screen of any sort. I was pretty disappointed by this as most other dashcams I’ve seen have had built in screens, and the design of the outer casing suggests that there should be a screen, almost as if it was meant for another product before becoming a dash cam. 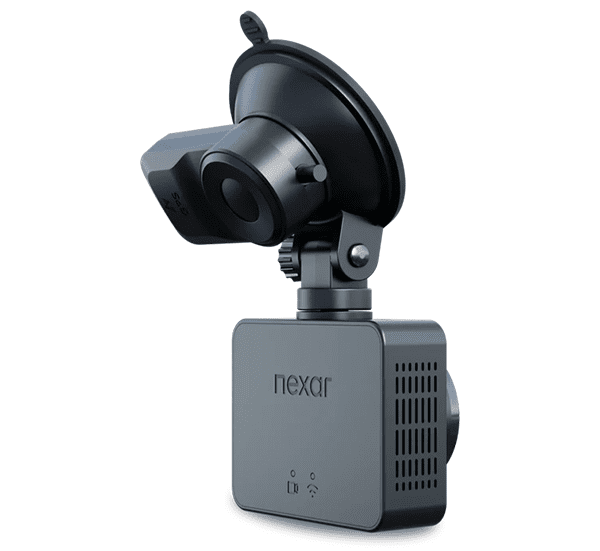 Instead of 1 instruction manual containing everything you’d need to know about using this camera, Nexar opted to include 4 separate, smaller manuals, each going through a different aspect of the device. I found this to be kind of confusing and would have rather had 1 manual that went over everything.

The package also included the extremely long power cable, the suction cup mount which contained the GPS unit (more on that later), some clamps to mount the wire in your car, and a car outlet adapter with 2 USB ports. 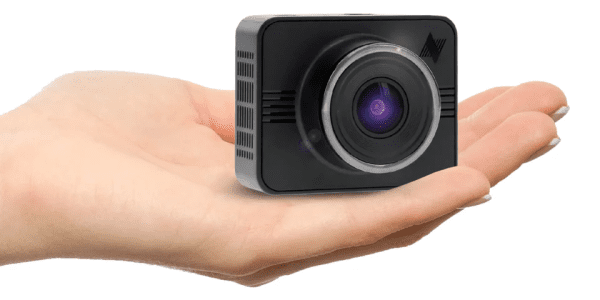 Overall, not a terrible unboxing experience, but a confusing one to say the least. The most confusing aspect being the fact that nowhere on the packages does it say that this is the Nexar Beam, only the company name is featured.

The Nexar Beam’s biggest claim to fame is its use of cloud storage to back up and save your videos in a way so that they’re easy to access at a moment’s notice. This is a nice feature since, if you get into an accident, you can send footage to your insurance provider right away when you file a claim.

The other features of the Nexar Beam are hit or miss. The Beam does record video in 1080p full HD, but that’s only the video stored physically on the Micro SD card. The video uploaded to the cloud is around 720p, which is still good and you don’t need your dashcam footage to be on par with the latest Avengers movie, I still find it to be a bit of false advertising that the Nexar Beam works like this. 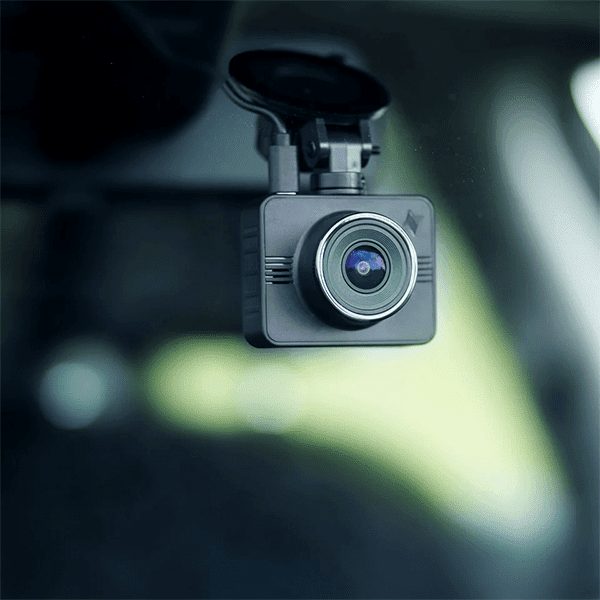 The Nexar Beam also features built in GPS…kinda. The GPS is not actually in the camera itself but instead is part of the suction cup mount which makes for an awkward looking unit that you need to plug the power cable into and then plug the camera into. This again feels like false advertising to me and causes the Beam to just look awkward when installed on your windshield.

The Nexar Beam will also use the GPS to provide the route you took on your drive if you ever need that information, and features a parking mode, which will start recording when it senses an impact when parked. This is handy for if your car is bumped by another car or something else when you’re away from it.

The features of the Nexar Beam are odd to say the least. It can technically do all the things Nexar says it can do, but with a heavy astrix. It records 1080p video and uploads footage to the cloud but it doesn’t upload the 1080p footage to the cloud. It has built-in GPS but it’s part of the mount and not the camera itself. I’ll be honest, I do not like those big “but”s, and I cannot lie. 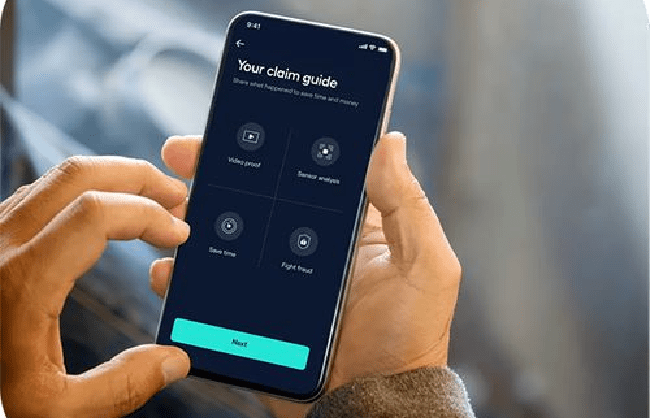 I’ve had the Nexar Beam installed in my car for a couple of weeks now and, while I have gotten more or less used to it, the device continues to confuse me. For one, I don’t like how it looks in my car. It’s bulky, awkward, and the included cable mounts keep falling over, forcing me to readjust them.

The Beam does work perfectly fine as a standard dash camera, recording the road ahead of you while saving 1080p footage to the micro SD card. However, it’s the other features that make for an awkward user experience, which I’ll get into in the next section of this review.

How Can You Use the Nexar Beam? / Who Is This For?

After installing the Nexar Beam onto your windshield, the next step is to simply drive about and have the camera do the rest of the work, right? Not exactly.

The Nexar Beam isn’t as plug and play as the marketing would suggest. If you want to upload the footage you’re currently recording to the cloud then you have to open the Nexar app and press the Start Streaming button every single time. If you don’t do this, then the camera will only upload the route you took to the cloud and not any footage.

Additionally, If you happen to share a car with another member of your household and the other user does not have their phone connected to the Beam, then their footage will not be uploaded to the cloud. So if something happens to the other person on the road, you would have to get the footage off of the SD card.

I don’t exactly know who the Nexar Beam is for. The fact that it’s one of the cheaper options from Nexar with less features than other models seems to suggest that it’s for someone just starting out with dash cams, but the technical knowledge and memory required to use the device suggests that this is for the more tech savvy individual.

I feel though that a more tech savvy person would want to invest instead a better dashcam with more features, perhaps even one that records both the road in front of them as well as the cabin of the car and the road behind them.

Despite my thoughts on the product, the Nexar official website is pretty slick. All the links lead to where they should and there’s very few pop ups. The top of the page features five tabs that take you to different parts of the site, these being Products, Dash Cams, Shop, Support, and Nexar for Business.

The Products section features the main products offered from Nexar, that being their app, the Nexar Connect system, which is basically a security system for your car, and their line of dash cams. The Dashcams page shows off each of Nexar’s cameras, including the Beam, in depth with all the features and prices of each.

The Shop page seems to be the exact same thing as the Dashcam page which is kind of confusing as to why Nexar opted to have two different links lead to essentially the same information. The Support page is where you can track your order or contact customer support. Finally, the Nexar for Business page is tailored for business owners, rideshare drivers, and truck drivers who want to add a Nexar system to their vehicles.

Overall, the Nexar website looks very nice and I believe everything functions as intended, but some redundancies in information and layout continue to confuse me.

I don’t think that I personally would recommend the Nexar Beam, especially since Nexar themselves have another model, the Nexar Pro, which is only about $20 more, has a much better design, and records both the road ahead of you as well as the interior of the vehicle. 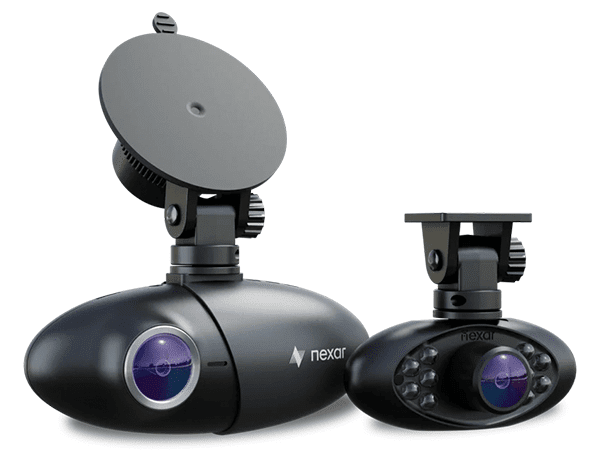 I was quite confused to find a lot of other reviewers on youtube praising the Nexar Beam for all the things Nexar says it can do. But that’s just it, Nexar says the Beam can do some impressive things, like record 1080p video and stream video to the cloud. It technically can do all the things they say it can do, just not in the way one would think it would do them.

If you absolutely must buy a Nexar product, I would recommend springing for one of the other options available from the company.

The Nexar Beam as well as all other Nexar products can be purchased right here through the official website. In addition, you can also buy the beam from Amazon and receive free 2 day shipping if you have Prime.

The Apeman C450A Dashcam is an impressive little device that comes in at less than half the price of the Nexar Beam at just $47.99. While it doesn’t have the unlimited cloud storage that the Beam offers, the Apeman will record in full 1080p HD, has a parking mode, and features a built in 3 inch LCD screen.

For the price especially, I would highly recommend choosing this dash camera over the Nexar Beam. It is small, sleek, and much much easier to use than Nexar’s offering. These are available through the official website or through Amazon with Prime.

The first result when you search for dash cams on Amazon is the Rove R2-4K. If you absolutely must have built in GPS and live streamed video to your phone, like what’s offered with the Nexar Beam, then this camera is for you.

The R2-4K features a much easier to use interface with a built in screen as well as high quality video recording. I will say though that the video is not technically true 4k quality due to the screen size, but looks great nonetheless. The Rove R2-4K is available from Amazon for $119.99 with Prime.

The Nexar Beam is a weird, confusing little product. As I stated before, it can technically do all the things Nexar says it can do, but the way it does them is convoluted and outright confusing. Some claims I would even classify as false advertising.

Some may say that this is a starter dash cam and that users can upgrade to a more advanced model if they want to, but this idea doesn’t really apply to dash cameras to me. This is more for drones and video game consoles, not something you just want to stick in your car to use for insurance purposes.

I believe I will be uninstalling the Nexar Beam from my vehicle as soon as I am done using it for this review.

Security Bros 8 reasons to own a dash cam

Cobra.com on Is a Dash Cam Worth It

Review Geek on Should You Buy a Dash Cam