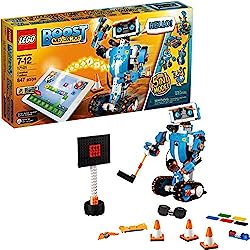 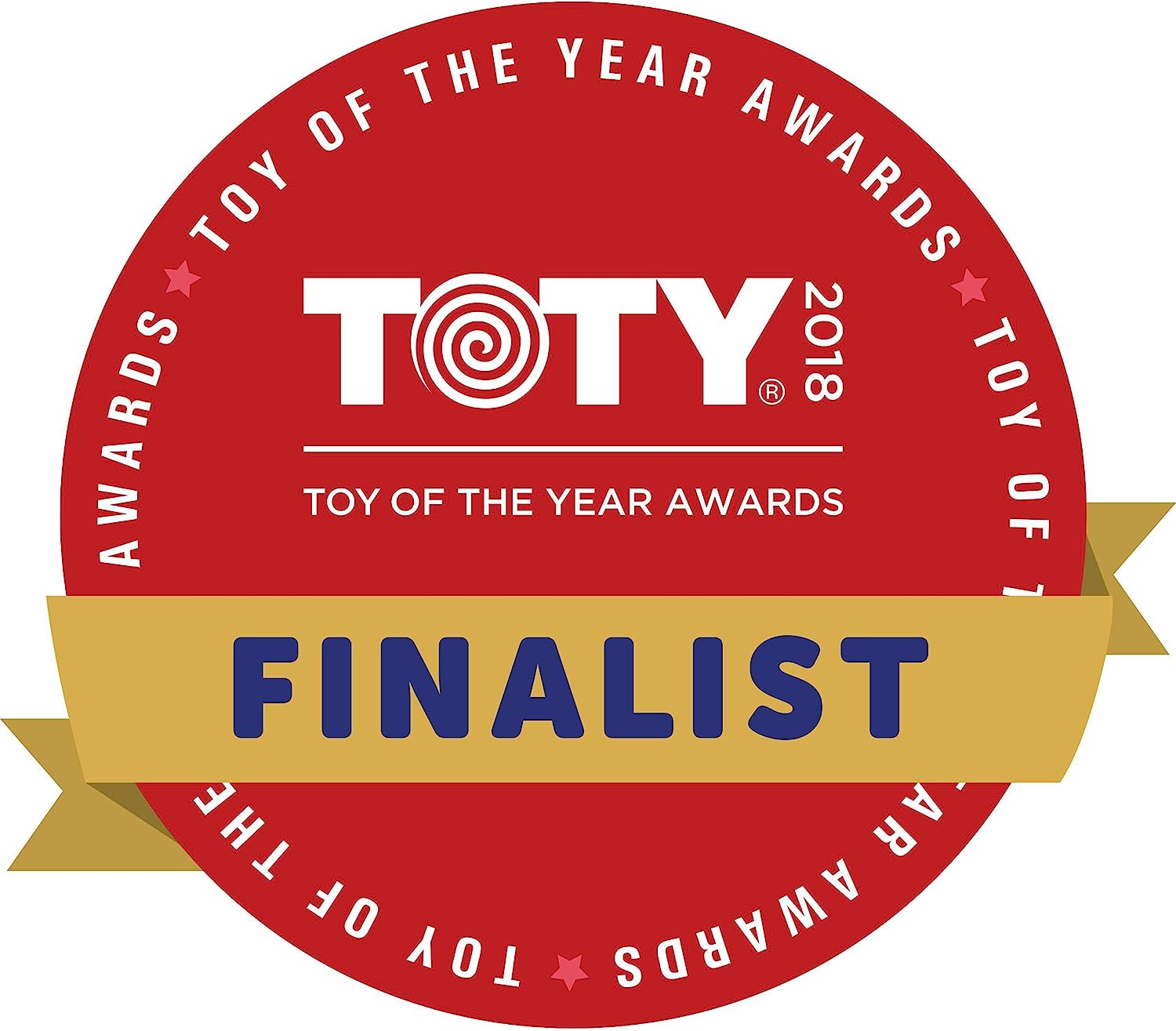 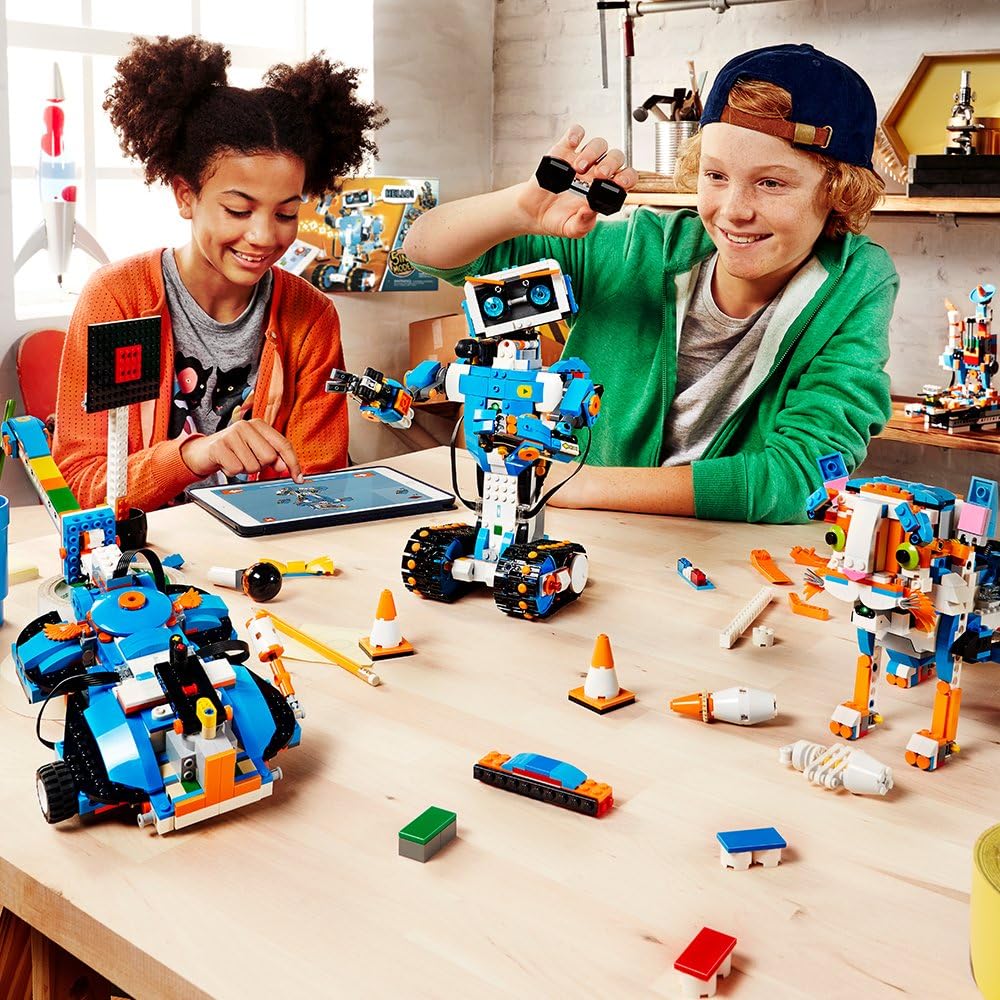 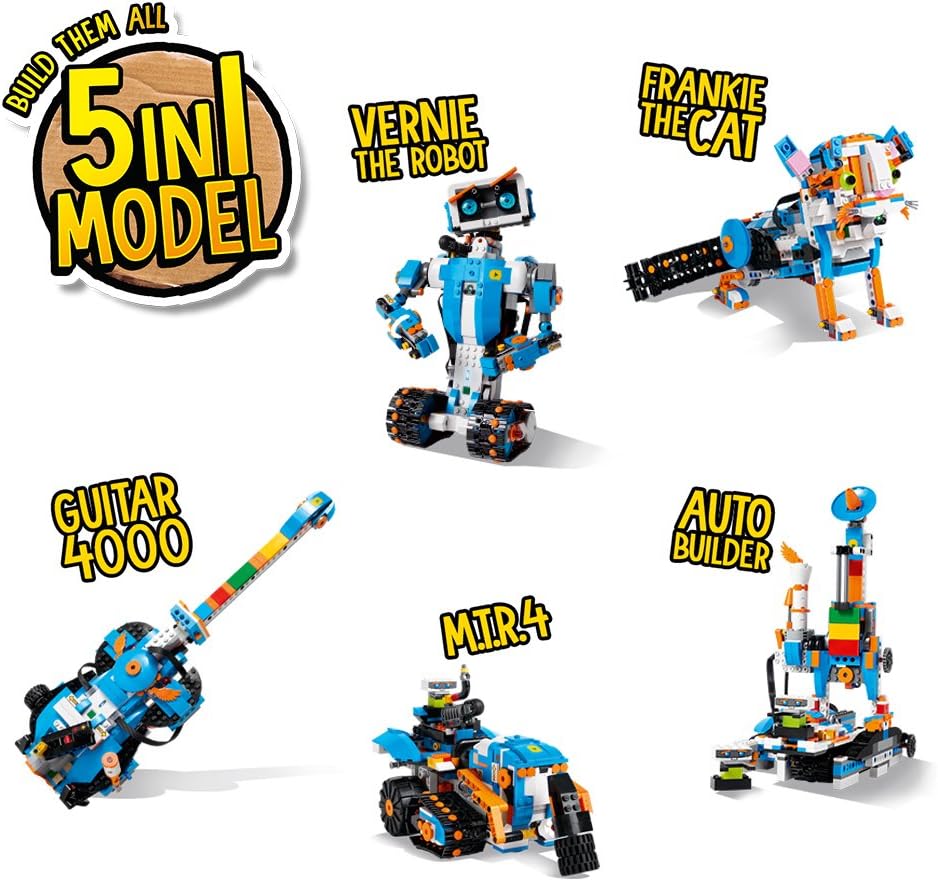 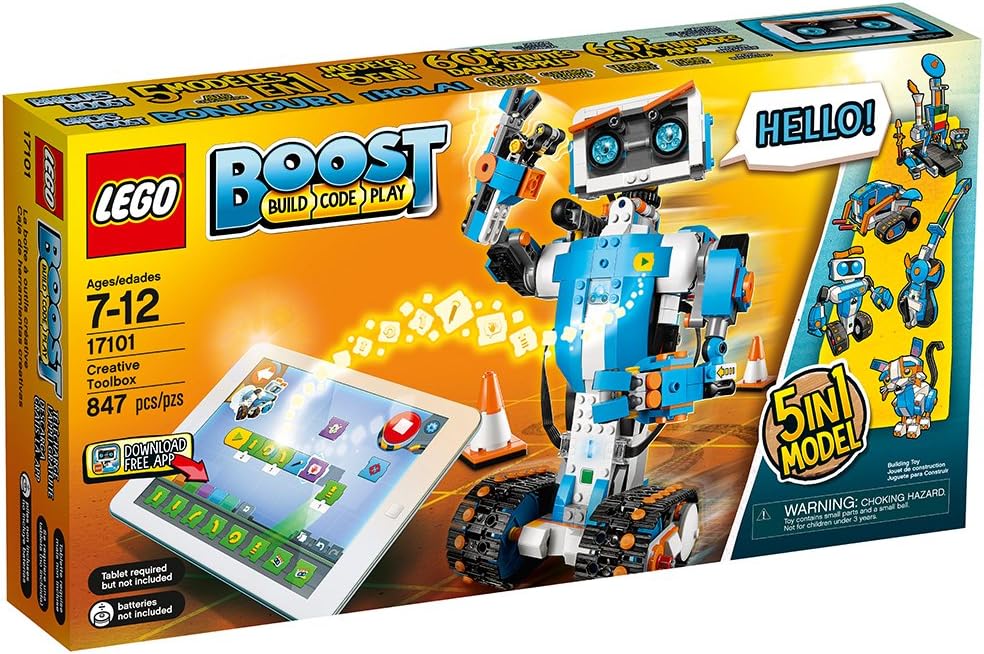 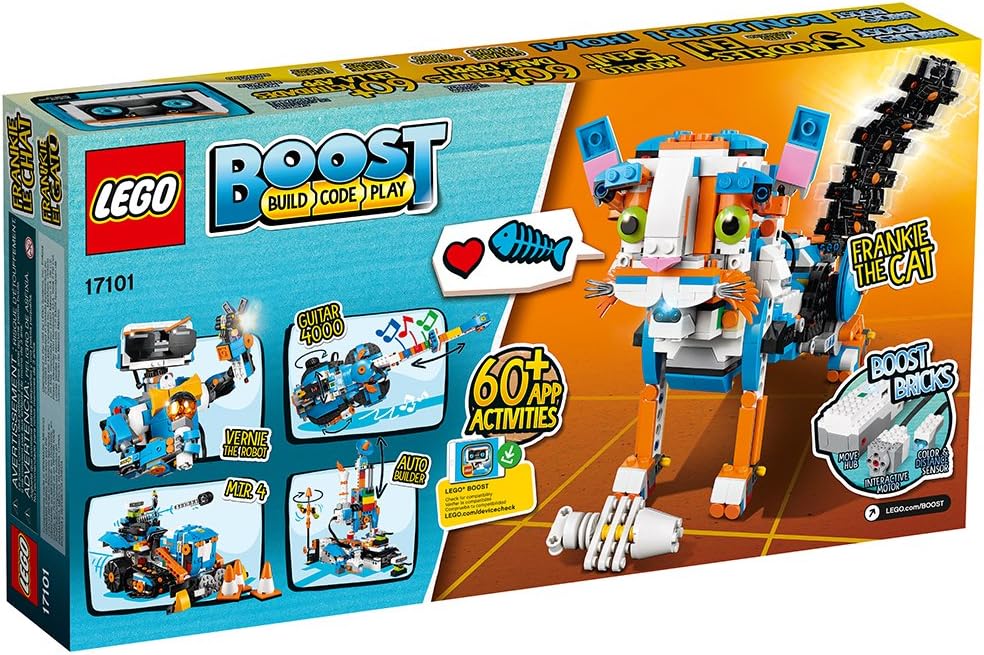 What’s more exciting to a kid than LEGO? Today’s sets are even more exciting, integrating state of the art features with the classic brick system. Introducing the LEGO Boost Creative Toolbox. This LEGO set is awesome because you get to build some pretty cool stuff while learning the basics of coding.

You or your kid has a choice of five multifunctional models that tap directly into creative coding skills. Whether coding Vernie-the-Robot or The Guitar4000 – this is an action-packed LEGO building system and a perfect way to introduce your kids to technology, or just for adults to build something cool.

Make no mistake, if your kid loves technology, at the right age, and you want to tap into their analytical side – this is a great choice. It’s a good way to introduce them to technology and give them a sense of accomplishment after coding, then building one of these models.

For example, The M.T.R.4. (Multi-Tooled Rover 4) is a robust, versatile rover with 4 different tool attachments including a spring-loaded cannon. Another project: The Guitar4000 – has the builder put together a musical instrument and adjust various pitches and sound effects.

One of my favorites was The Autobuilder. This is a factory style production line that builds miniature LEGO models. Who wouldn’t love building a mini-factory production that creates other LEGO creations?

These are Smart LEGO bricks, similar to the LEGO Super Mario sets, so they come with an iOS/Android compatible companion app. This gives a glimpse into the different projects, the step-by-step instructions, and the interface to start coding models.

Personally, I would prefer if the set came with a physical instruction booklet of some kind as not all LEGO builders might have access to a tablet or smartphone.

Here a glimpse at the LEGO Boost package:

If you’re a LEGO lover, like I am, you remember the nostalgia around building a fortress out of LEGO’s. Or what it was like to include your construction guy Minifigure into the LEGO Bridge you were building. Nowadays, this is “Child’s play” – no pun intended – since kids are now able to program their LEGO creations and bring them to life with an app.