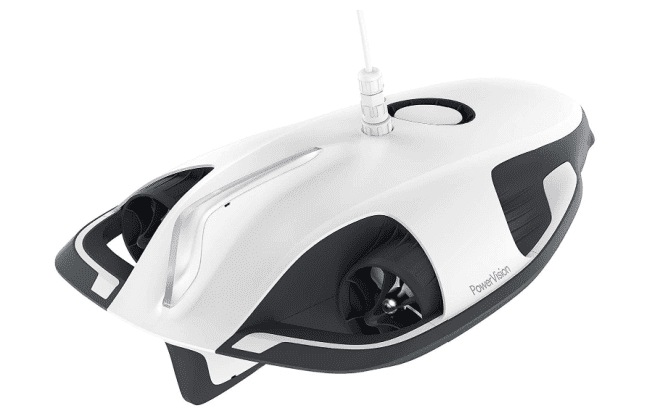 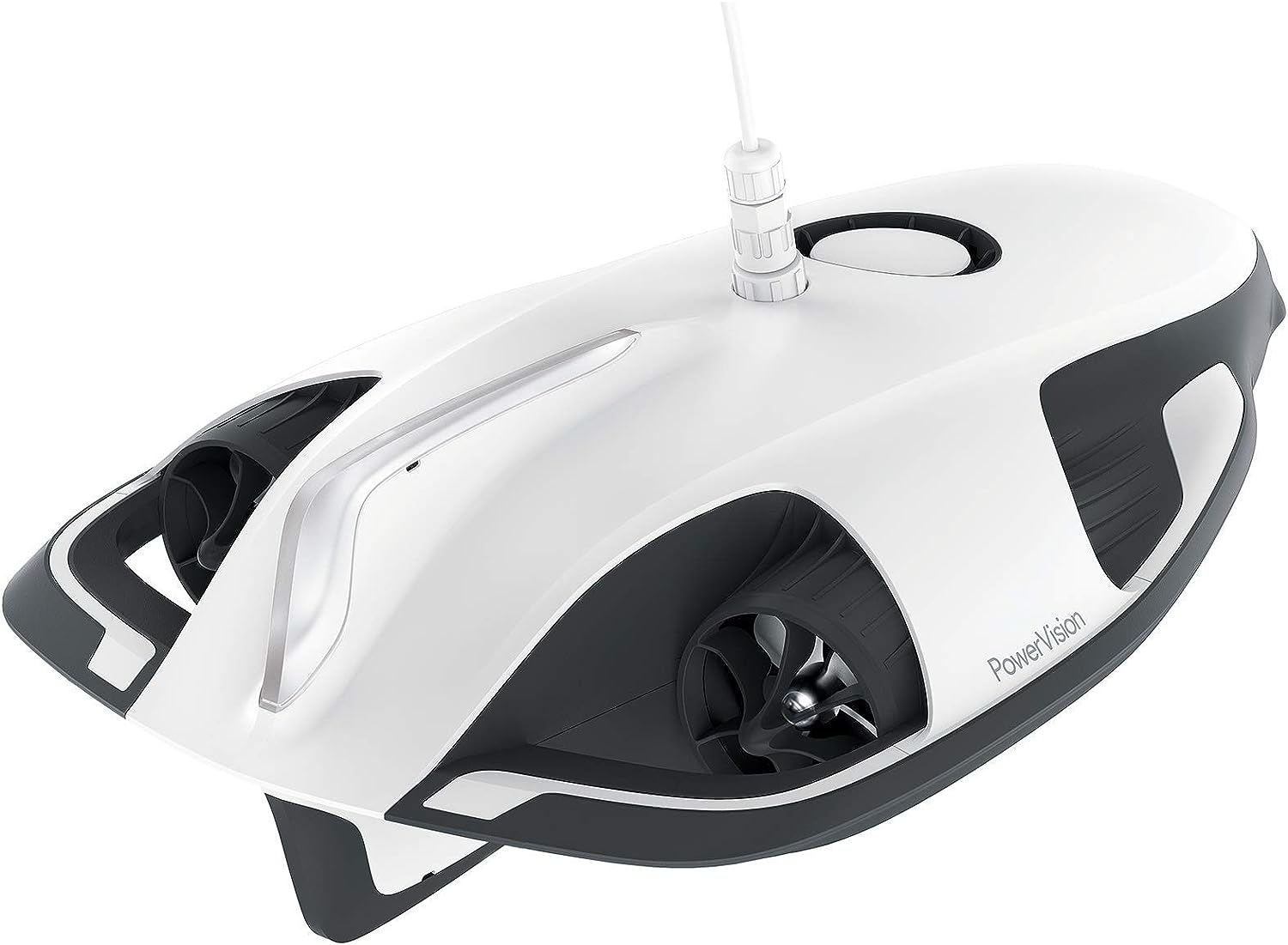 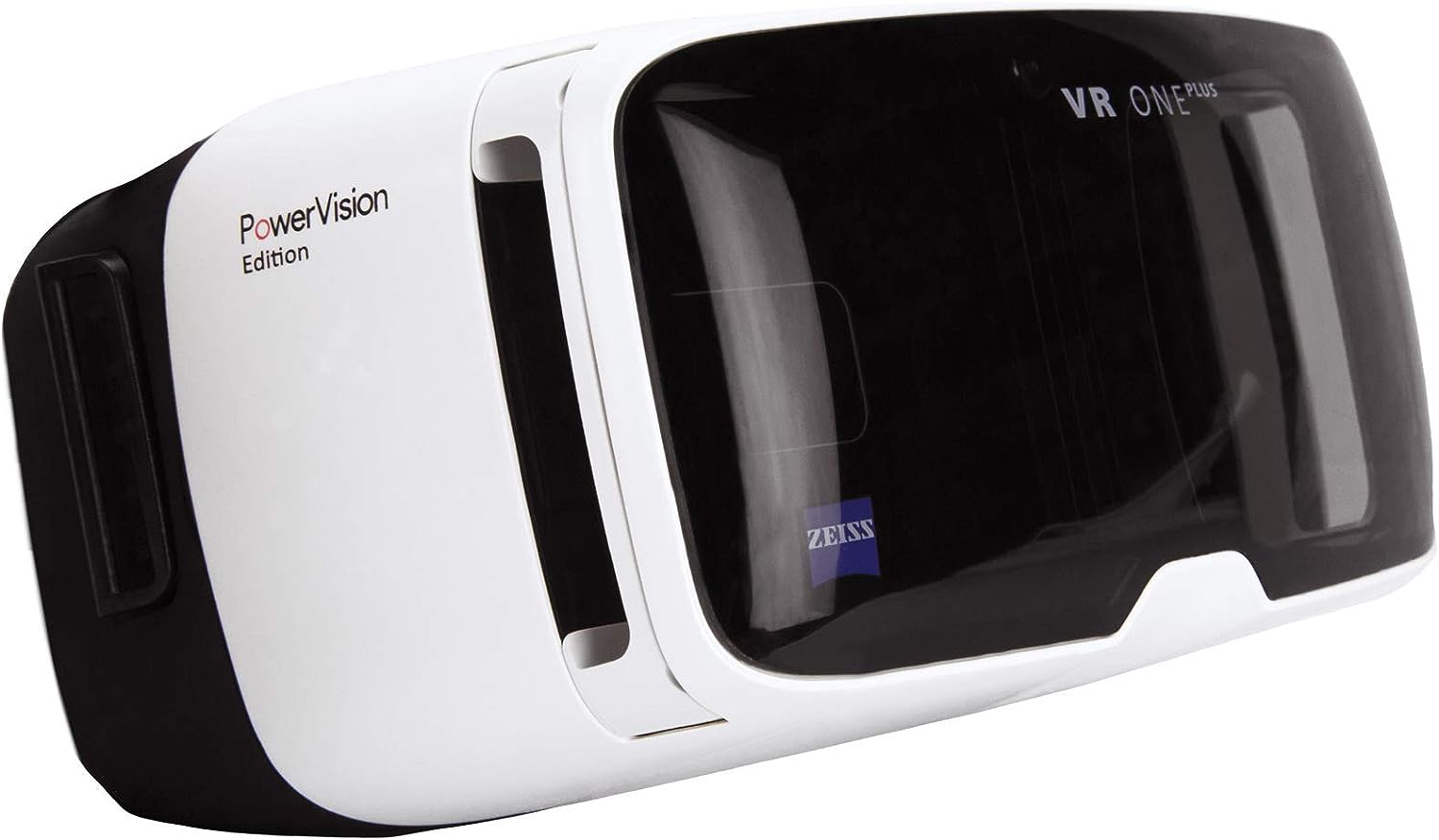 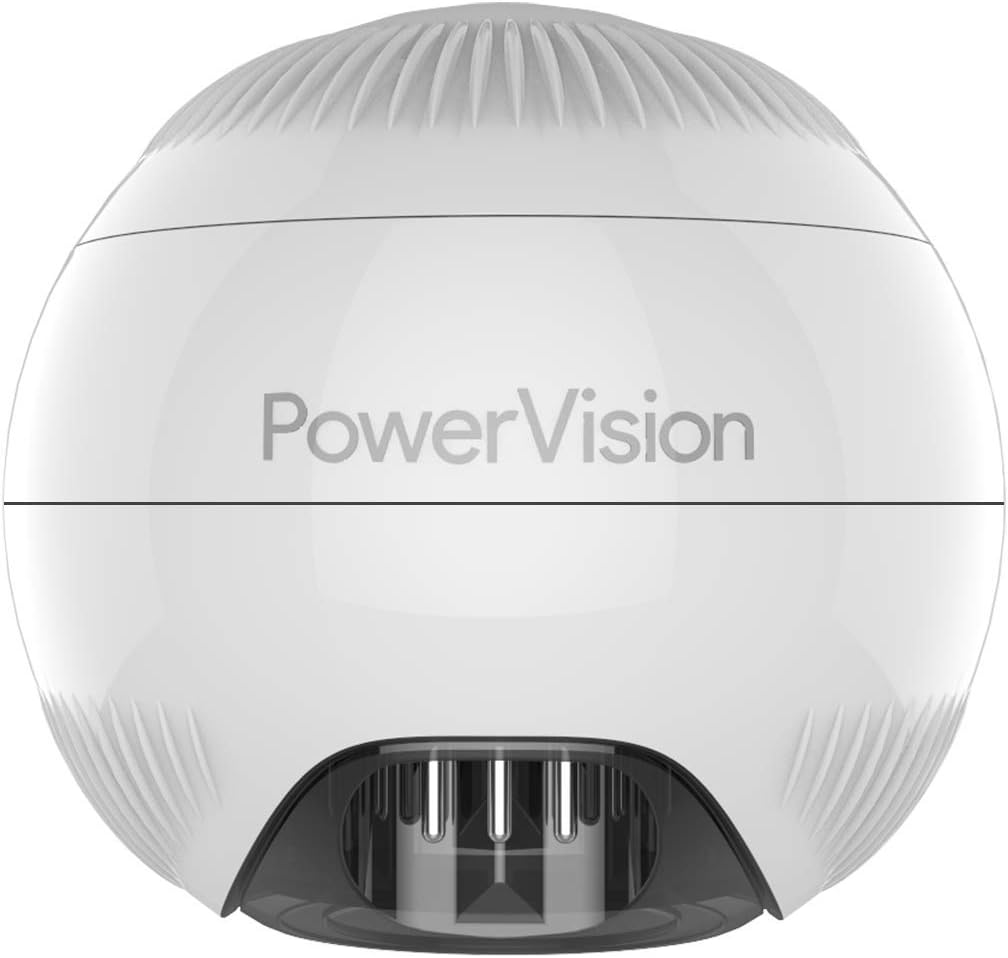 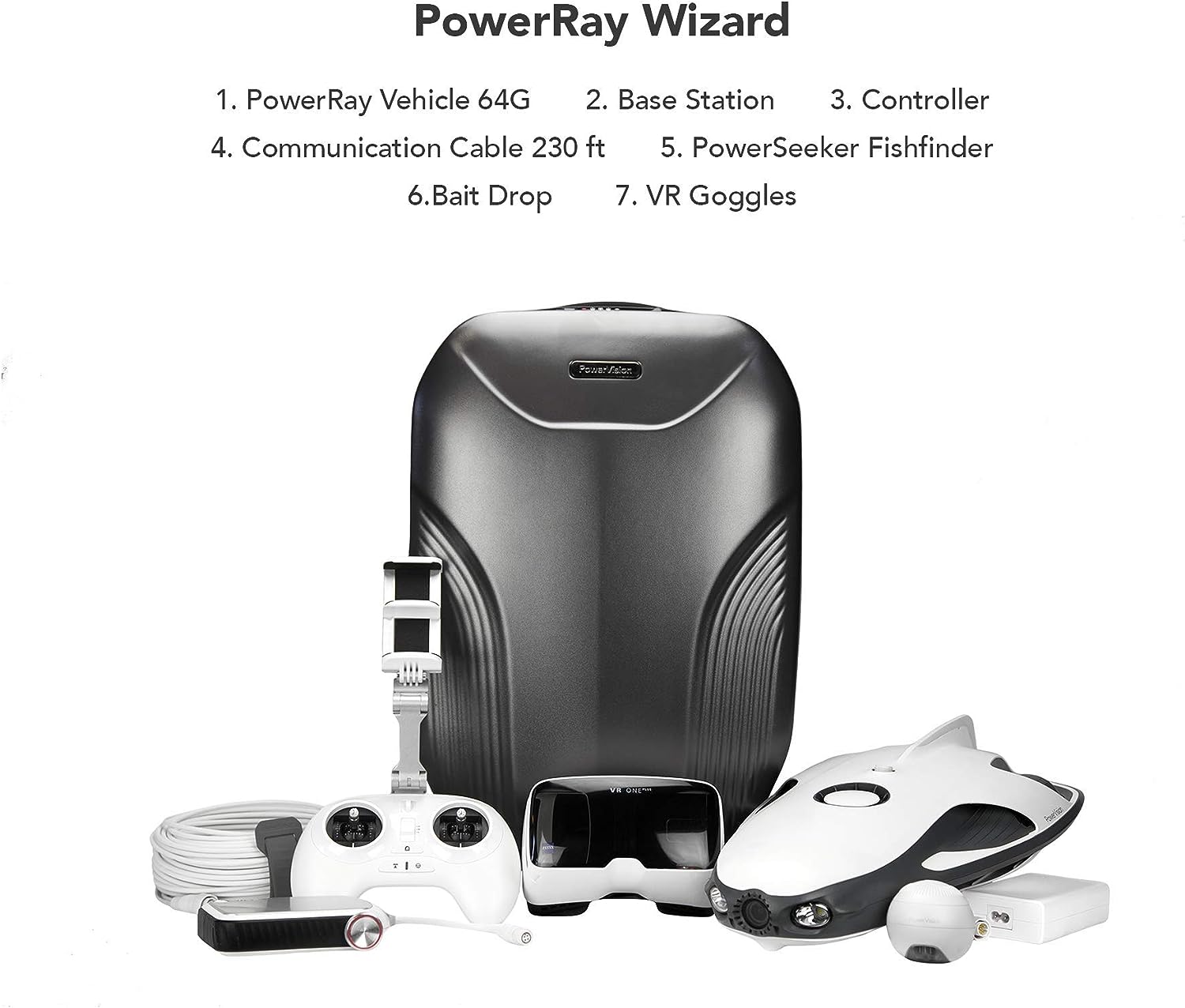 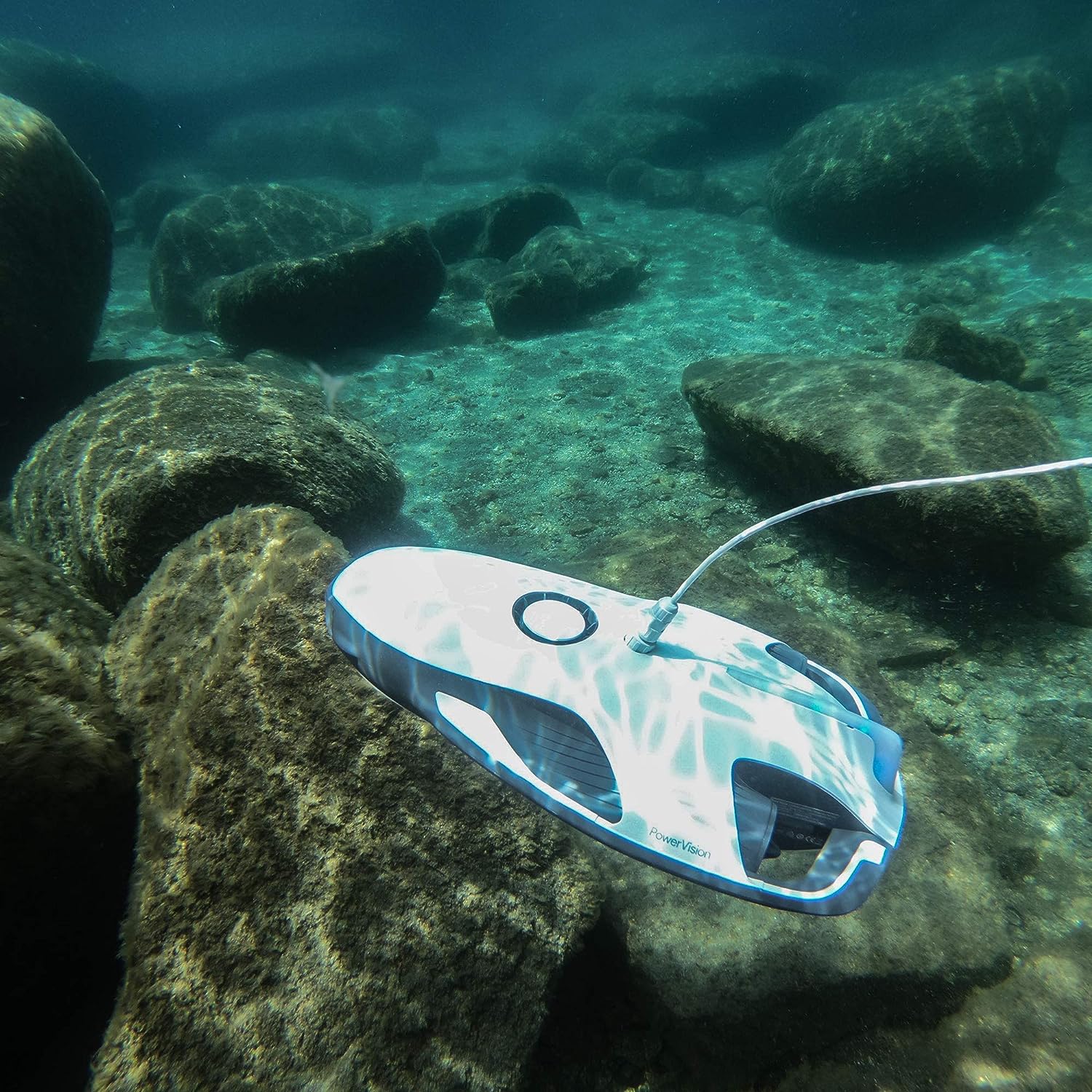 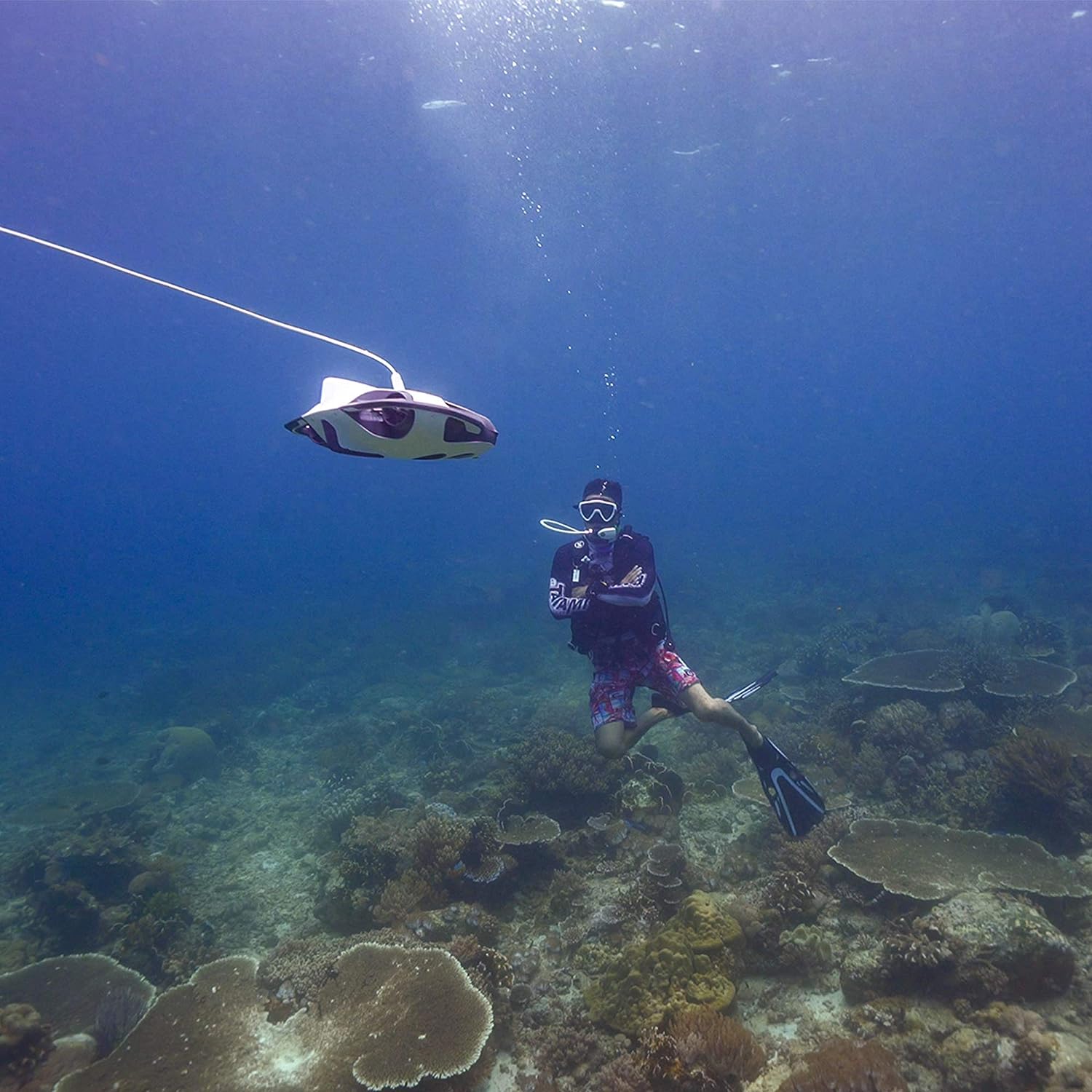 There are a lot of drones out on the market in this day and age, and they’re all trying different tactics to stand out. Some go for quality with a few gimmicks while others go all-in on one big feature that tries to separate the product from the rest of the crowd. The PowerRay is one such drone that comes with a special feature that few other drones offer.

The PowerRay, made by PowerVision, is an underwater drone. That alone is enough to catch my attention when the vast sea of drones is all about exploring the sky. More specifically, the PowerRay is a detachable Fishfinder capable of diving 30 meters (98 feet) for up to 4 hours.

While still a drone focusing on the recreational aspects of controlling a small machine, I find that this drone has another goal in mind. It wants to be an addition to the recreational salt, fresh, and saltwater fishing industries. How well do I think it achieves this goal, though?

I think it’s obvious that given the different direction this drone goes that a lot of the technology that goes into it is different than that of typical air-based drones. Instead of needing to fly swiftly through the air, it needs to see clearly under the water, among other things. That’s why I want to go through some of the technology that has been used to try and innovate this drone.

The most interesting pieces of technology added are the high-definition display and gesture-based VR goggles. This tech, when fully functional, makes fishing a fully immersive experience even through the drone. There are complaints swimming around that the VR can be finicky, but it overall seems to work better than most VR applications in other fields.

The PowerRay at its core is an Unmanned Underwater Vehicle (UUV). It was designed to locate, lure, and catch fish. That’s where some of the systems attached to it come into play.

One of these systems is the PowerRay’s Fishfinder sonar system. This comes with two powerful built-in LED lights and an integrated front-mounted 4K UHD camera. This offers a decent view of what is going on in the water around the drone and makes sure it doesn’t get lost in clean water.

The design of the PowerRay is impacted by the technology, both in what it offers and what it limits. Still, there is a good variety in the additions that come with this for a device that’s one of the first of its types.

The PowerRay comes with a choice between either a 100-foot or a 200-foot tether. Depending on the length of the tether attached the drone can then search for any appropriately sized fish, including bass.

A lot of the automated features are there to make the device smoother to operate, but I know that not everyone wants to have a machine that partially runs itself. I will say that there is the option to remove the Fishfinder and operate it as a stand-alone device.

When doing this, users can remote bait drop up to 40 meters, or131 feet, below the PowerRay. This functionally adds about 10 meters to the device’s fishing depth.

There are still a few more features I haven’t quite gone over yet that I feel are worth mentioning. The first of which is the way the PowerRay is powered to move.

Three powered propellers are used to give the PowerRay a decent range in directions. With two in the rear, and one on the underside it’s easy to quickly go in any direction, even down.

The PowerRay has a four-hour battery life and has a Wi-Fi transmission rated at 80 meters, or 262 feet. The reach is what I feel falters this drone more than anything else. It’s a short-range for a drone, even one that is going to be in the water rather than in the sky.

The PowerRay also comes with a companion app that is iOS and Android compatible. This app lets you control the robot, operate the front-facing camera, and gives users positional information. This all adds more to the drone’s intuitiveness, which I find important for a newer piece of technology.

Lastly, there is a feature I touched on earlier that I want to go more in-depth on here. The PowerRay comes with virtual reality goggles designed to give a panoramic view of the action that goes on below.

The VR works by simply tilting your head in any direction. Doing this allows any user to be able to experience what the drone sees at around 1080p. With the Fishfinder’s built-in blue LED light designed to attract fish, some describe it as having a front-row aquatic seat.

I’m not always a fan of overly integrating VR into a machine that doesn’t need it. Thankfully, If VR is a bit too much for a fishing outing, there’s a Burst Mode on the PowerRay app. This allows users to capture 12 Megapixel camera shots at 5fps to ensure nothing is missed.

With everything I’ve talked about so far, I think it’s a good idea to line up the pros and the cons that the PowerRay offers. I want to allow the most informed choices possible to be made, so I’ll be giving what I think are the biggest things for and against it.

I will say here that it’s hard to compare the PowerRay to anything else on the market. It’s one of the first of its kind, and any major flaws in the design beyond the most obvious ones might not be apparent until more competition is out there to show what an underwater fishing drone is truly capable of.

The PowerRay is a product with a lot to offer. It gives a new twist both on drones and the fishing experience, allowing for an up-close and personal encounter with the water.

The Drone’s target audience may be on the more niche side, but that shouldn’t scare people away. If you’re interested in the new technology and how it might feel to fish in a new way then it could be worth the price tag.

I tentatively recommend the PowerRay to anyone who has plenty of money they’re willing to spend on fishing as a hobby. I would also recommend keeping an eye out for how technology like this grows and shapes itself in the future. There is no telling where this design could go down the line.