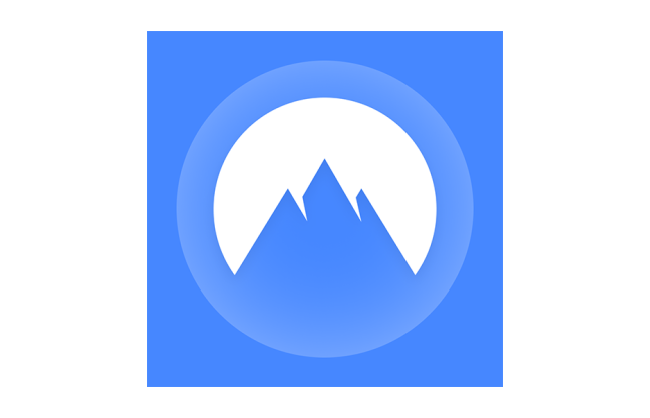 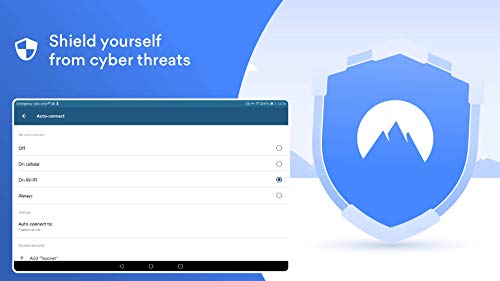 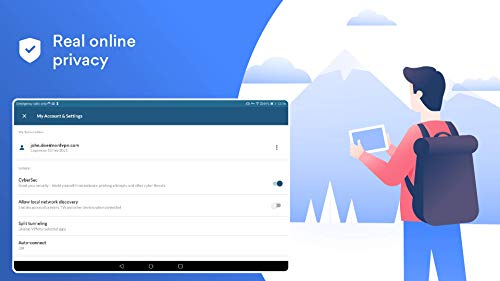 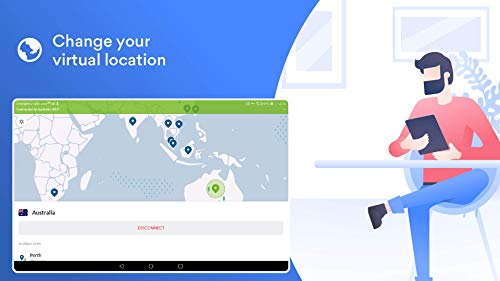 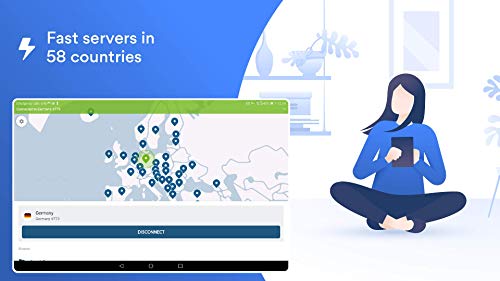 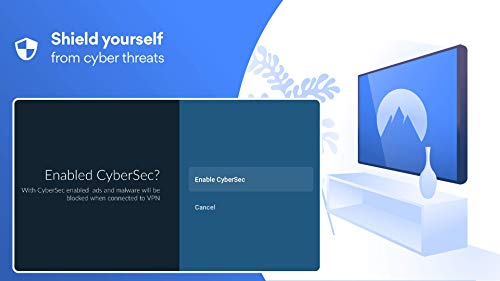 Virtual Private Networks provide a wide variety of services, appealing to most internet users in one way or another. NORD VPN is an affordable and secure option for those interested in protecting themselves online. There are many reasons to consider using a VPN to secure your online presence.

NORD VPN is a name you’ve probably heard of if you’ve ever heard of a VPN before. They’re one of the biggest names in the industry and have earned a reputation for being one of the most widely used VPN products. That alone doesn’t mean that they are the best, but I do think it means that there has to be at least something there that the competition struggles 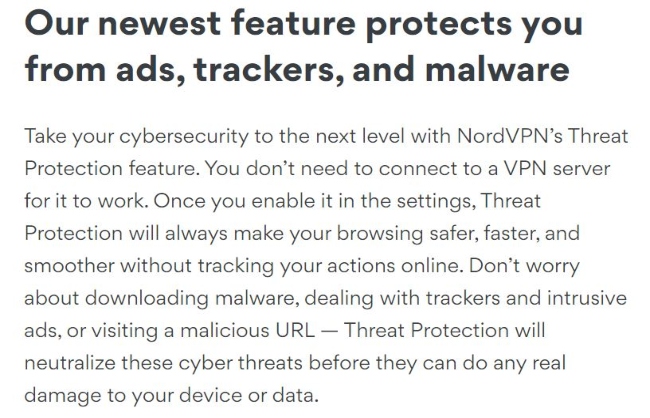 What Is Nord Vpn?

NORD VPN is, as stated before, a virtual private network service. The simplest way to describe a VPN is as a service that offers an extra layer of online protection, but there is more to talk about with them than just this.

I want to take some time to go over the exact things that NORD VPN, as well as most VPNs, will protect you from. VPNs hide your IP address and location from prying eyes such as hackers, government agencies, internet providers, and the like. Any good VPN service will also feature full data encryption, making it much more difficult for those with malicious intent to make use of your information.

Online trackers, invasive websites, over-ambitious cookies, and internet service providers are all out of luck when it comes to VPNs; they cannot track your internet usage or profile you based on your online habits. This helps keep your information from being sold to third parties.

Most VPNs that I’ve looked into offer a similar base product, and how good they are comes down to the quality of their services. Still, if you’re not sure what a VPN can offer I thought it would be best to go over how some people commonly use their VPNs.

VPNs allow users to bypass internet censorship or restrictive networks. This is a critical feature for those living in countries with oppressive regimes, allowing access to blocked websites like social media.

Certain websites and streaming services block content based on your location, using a VPN service is a great solution to this. VPNs also make connecting to public or shared Wi-Fi hotspots safer, protecting your personal identifying information from hackers. 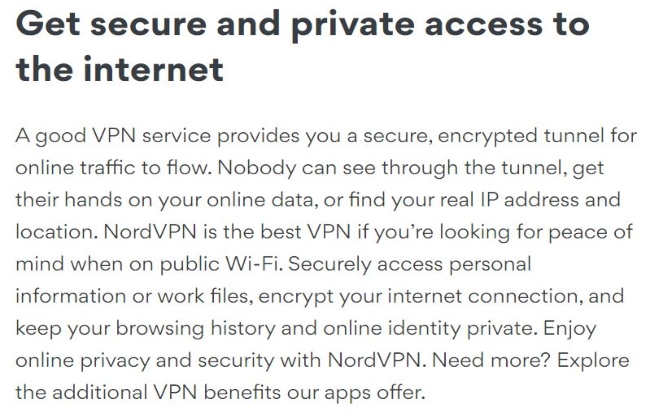 In short, the basic features of NORD VPN are to keep you safe and give you access to more of the internet. If something in your region is blocked for any reason, then it’s as simple as changing servers to get access to whatever is being kept from you. Safety and access to the full internet are the main reasons I would expect anyone to be looking into a VPN.

The simplicity of using NORD VPN is one of its strongest features. If you don’t want to go digging around into the nitty gritty to set up an entire net for your security, then NORD has you covered.

In my experience, the basic set-up that NORD VPN starts users out with will be enough for them to get by if they’re mainly after security. Swapping location is also simple and is easier to do here than I’ve noticed with other VPNs. There isn’t much that makes the surface of NORD VPN difficult.

Trying to get into the finer details and set things up more exactly is a bit of a problem, though. This is where NORD VPN stops being user-friendly, and if this is your first time using a VPN, then you might not get far with this part of the product.

Who Is Nord Vpn For?

NORD VPN isn’t just for people that are deep into the tech sphere, it’s for everyone. Online security is something that everyone should be concerned with, and a VPN is an excellent step to getting more passive protection over your head no matter who you are. 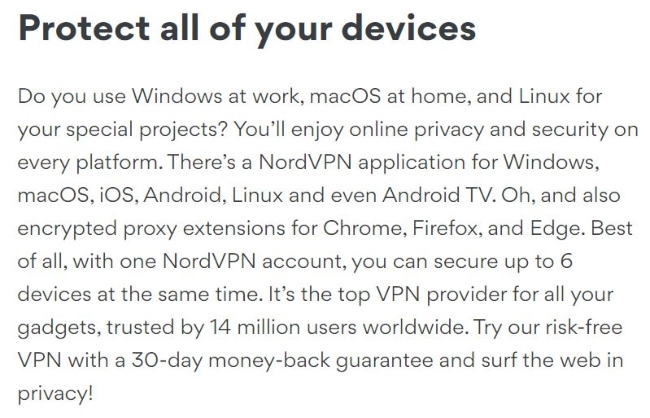 Even just keeping companies from tracking your data, as has become so commonplace on the internet, is a good enough reason for most people to look into a VPN. NORD VPN, being one of the biggest options, is also a safe bet for anyone that wants a reliable product that they don’t have to worry about.

What Are the Benefits of Nord VPN?

The benefits of NORD VPN, as I’ve said, are the general benefits you will get out of any VPN. Online security, access to a wider range of the uncensored internet, and the peace of mind that not nearly as much of your information is being sold to third parties. All of these are staple features of any VPN that is going to be worth your time and money.

What NORD VPN offers over a lot of other VPN options out there is assurance in the product. You don’t become one of the biggest names in the industry without some quality to back yourself up. 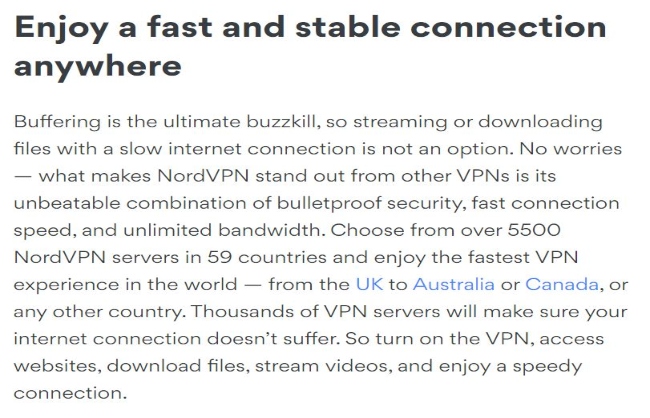 With how many people use NORD VPN you can rest assured that this isn’t some niche product that nobody knows much about. This is a fully fleshed-out VPN with servers around the world that will ensure you have an extra layer of online security.

Should You Buy It?

If you want a VPN and don’t know where to get started with getting one, then NORD VPN would be a good starting point for you. They not only offer a reliable service but are also well known for the sales that they offer. Especially if you’re a first-time customer, you can expect to get an amazing deal on the services that they provide.

This is especially true during big season sales like Black Friday. The price of their service can drop by almost 70% at times. All of this for the leading VPN service provider I think is more than worth it.

How to Buy Nord VPN

The only place to get NORD VPN is from their website here. You might find other places that if you click the links will get you a special deal, but they should all link you back to the main NORD VPN website. That is where all the transactions should be handled.

How Does Nord Vpn Compare to the Standard VPN?

Against a backdrop of countless VPN services that people are being told are the best constantly, it’s hard to know what distinguishes them from each other. In the case of NORD VPN, it all comes down to consistency.

A lot of VPNs have an issue of not being user-friendly to less tech-savvy people. With enough time anyone can learn the features of most VPNs and put the pieces together, but it can be rough going through all the features of the competition.

With NORD VPN, the basic parts are simple and easy to use. Turning the VPN on, jumping to another country’s server, and all the other basic features are simple for anyone to figure out.

The more advanced options are not as easy though. I’m sure anyone can still piece them together, but it’s not what I would call user-friendly once you’re out of the basic features. Still, compared to a lot of other VPN options out there NORD VPN still remains one of the simpler ones to use.

With the sales, they consistently offer NORD VPN is easily one of the cheaper options for your first payment as well. If you want to stick to them before you make your second installment is up to you, but the first one can reach some astonishingly low numbers.

There are a lot of VPN options out there. I find it can be overwhelming your first time picking one, and that’s where an option like NORD VPN can come into help. It’s their prices, sales, and general consistency that really puts them over the edge as a good first-time option for people wanting a reliable VPN.

There are other options out there, and some people may prefer to either have a smaller VPN or one that gives a lot more easy access to editing their preferred settings. Even for those people, NORD VPN isn’t a bad option, just maybe not the best one.

I recommend NORD VPN to anyone looking for a safe and secure VPN. It’s user-friendly, has great deals, and is generally a good choice for people just learning how to use a VPN. Other choices might become more alluring once you have gotten used to using a VPN for a while, but it’s still an incredible place to get started to see if a VPN is right for you.

https://www.nytimes.com/wirecutter/guides/what-is-a-vpn/ – What is a VPN New York Times

In the last few years, the general population has become increasingly aware that their internet activities are being monitored by third parties. Staying anonymous and undetected on the internet is no longer something just for privacy enthusiasts.