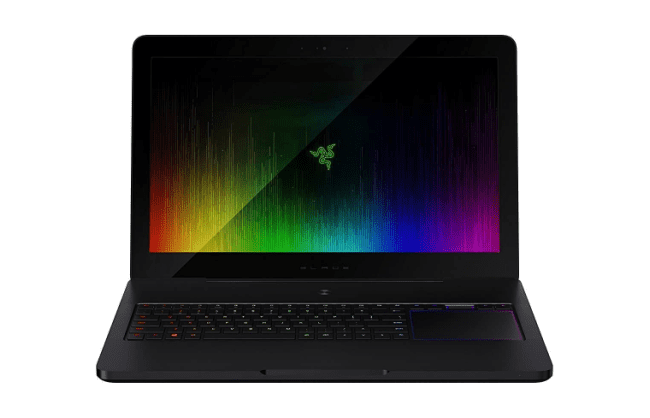 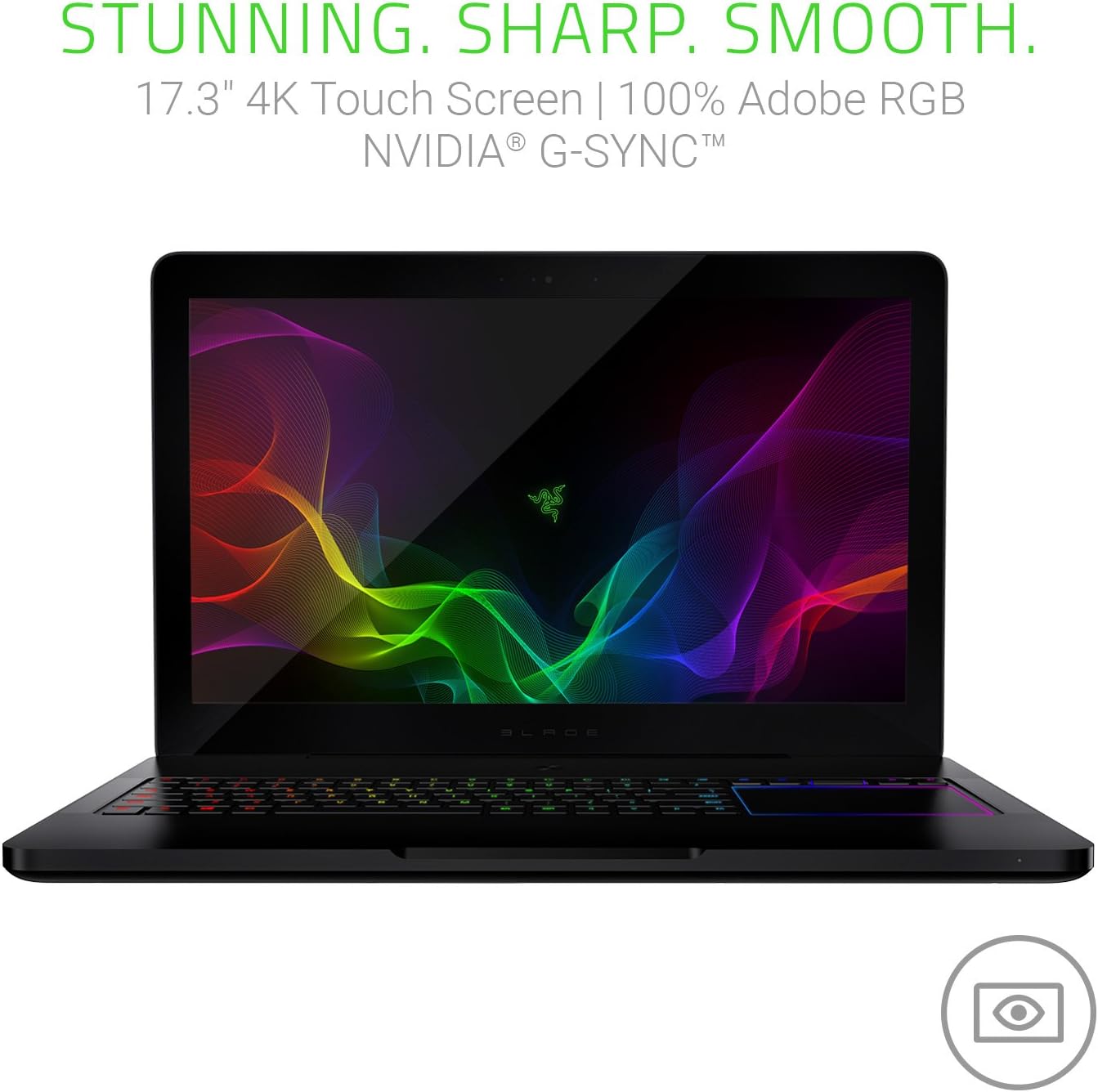 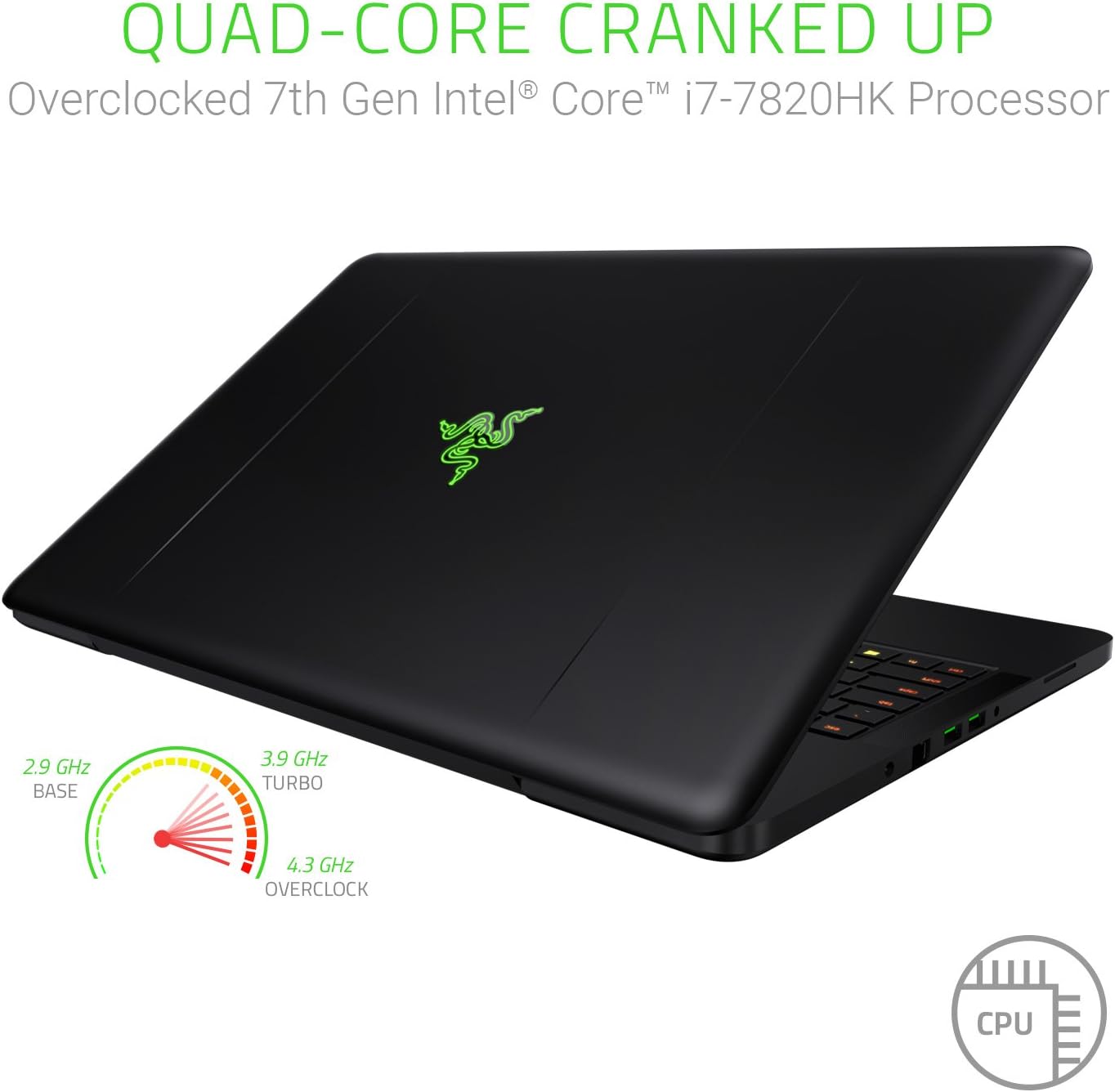 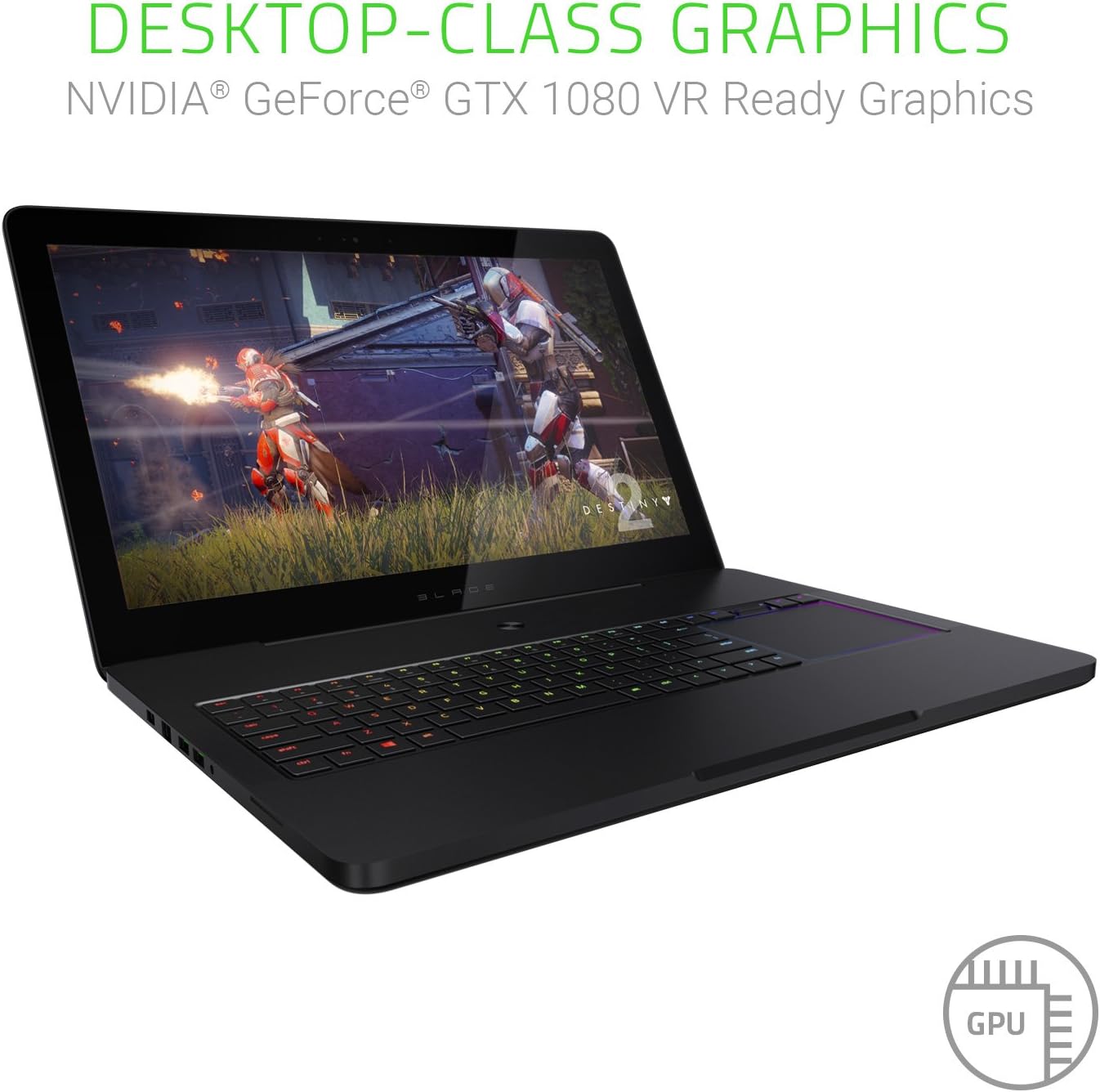 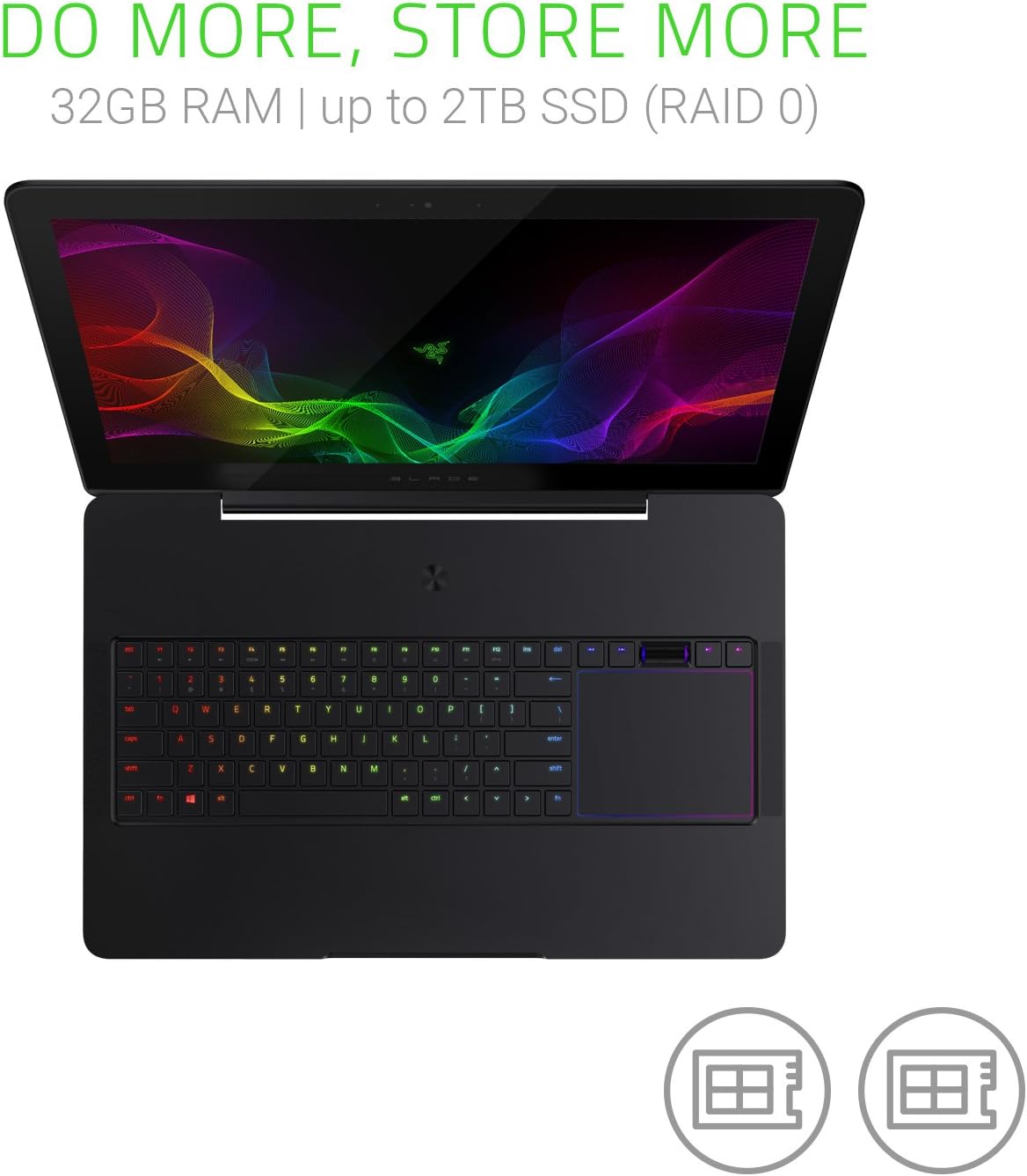 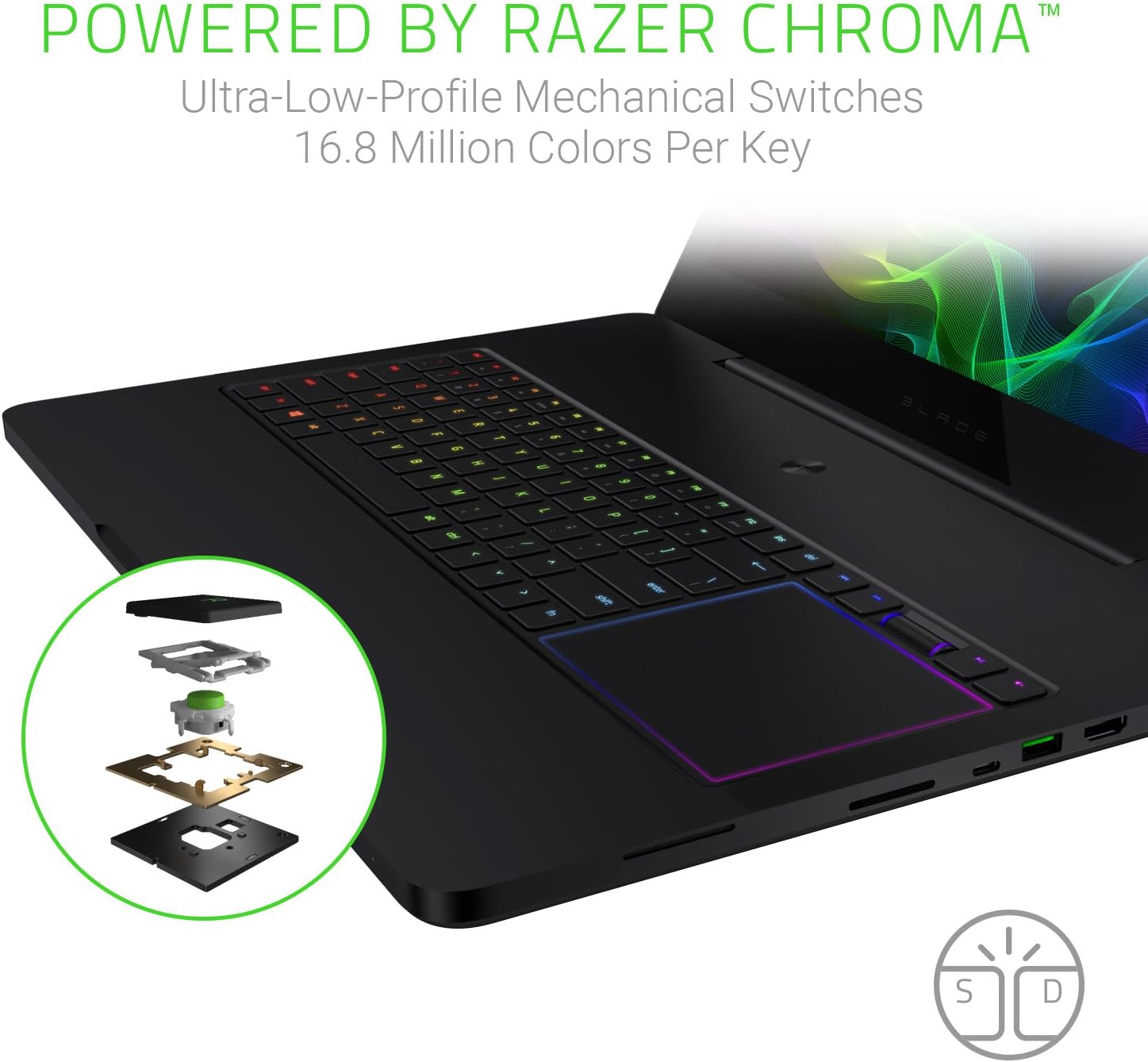 I know better than most people that having a well-equipped PC is important for daily lives. Countless jobs and hobbies now rely on having a computer that is capable of keeping up with the ever-increasing demands of a world always caught in advancement. That’s where PCs like the Razer Blade Pro V2 come in.

The Razer Pro V2 is, in my opinion, one of the best iterations of the Razer high-end gaming laptop. with a host of powerful components packaged into a sleek, attractive frame and more than enough power to function as a desktop replacement. The Razer Pro V2 has these features in a package thin enough to remain portable.

Considering the quality of the internal components from the Overclocked 7th-Gen Intel® Core™ i7-7820HK Quad-Core processor to the Nvidia® GeForce® GTX 1080 graphics card, there is a lot of power in a chassis less than an inch thick. All that without the usual headache of needing to piece together a PC part by part.

The Nvidia® GeForce® GTX 1080 is still a decent graphics card available for laptops. In the limited CPU market, it still manages to deliver desktop quality gaming on the go. Additionally, Nvidia® G-Sync® synchronizes the GPU to the display, eliminating screen tearing and other graphical glitches experienced on lower-end gaming systems.

The Razer Pro V2 is an extremely powerful gaming system, but you wouldn’t necessarily know from looking at it. Aesthetically it is incredibly slim, sleek, and inconspicuous. I love that unlike the majority of monstrous high-end gaming machines, the Razor Pro keeps it simple and doesn’t look as though it were designed with alien technology.

For a lot of gamers and laptop consumers alike, I believe that this is a huge plus. Not everyone wants their laptop to be a constant statement of excess and expense, and many will appreciate that the Razer Pro V2 contains all the power they desire while remaining visually modest.

The highlights of this machine are without a doubt the 17.3” 4K-resolution touchscreen display and the ultra-low-profile built-in mechanical keyboard. The 4K screen takes full advantage of the Nvidia® GeForce® 1080 GTX graphics card, offering clear images with 8.3 million pixels to work with.

I know not everyone understands what all that means, so I’ll put it simply. This is a laptop that offers close to the highest-end of visuals that are available on the market and allows access to image quality you won’t find even on some decent quality monitors still made today.

Who the Razor is Built for

The Razor Blade Pro V2 is also optimized for graphic designers, photo editors, content creators, and many other PC-focused professions. All of this with 100% Adobe color space coverage. This laptop is designed for gamers but keeps in mind other consumers that may use it for artistic endeavors or productivity, and could make for a good PC for someone that needs to take their job and hobby on the go.

Razer even caters to music producers, offering a full license of FL Studio 12 Producer Edition, encouraging emerging musicians to consider their product over the industry-standard MacBook Pro. The keyboard looks as if it’s membrane-based, but in fact, it features a slim chiclet keycap mechanical keyboard, fit with anti-ghosting technology and amazing RGB LED customization.

All of this provides a keyboard that can give a smooth and easy typing experience while still having some weight behind the keys. This is perfect for people that want quick and simple inputs that still feel responsive.

Razer also features LEDs with 16.8 million color options and a plethora of lighting effects. There is simply a lot to explore with every aspect of this laptop.

The only downsides I can find on the Razer Pro V2 are what you would expect of a high-end gaming machine. With so much onboard power in such a compact space, the heating regulation and battery life are both subpar.

With the V2 update, the cooling may be slightly more effective than the previous version, but It’s not likely to be a substantial improvement given the nature of the machine.

With everything I’ve talked about so far, I think it’s a good idea to line up the pros and the cons that the Razer Blade Pro V2 offers. I want to allow the most informed choices possible to be made, so I’ll be giving what I think are the biggest things for and against it.

Something I do want to highlight first is that it might be hard to get this exact model as the PC market is always updating and pushing forward. While everything I say here won’t apply exactly to future models of the Razer, interactive updates tend to make future products better.

This isn’t a list for future Razer products but can be a good sign of what to expect out of their other product lines.

I’m big on the PC market, and I think it’s fair to say it’s a flooded market with so much hardware on offer it’s hard to know where to start. Sure you can build your own PC, but that doesn’t offer much in the way of mobility. For many consumers, finding the right laptop to meet their hobby and job needs is the only option.

Laptops like the Razer Blade Pro V2 meet that demand in strides. Upon release, it’s fair to say it might be a bit expensive, but nothing of quality in the world of PCs is ever cheap. For a mobile source of capable gaming, it’s going to be near impossible to find a cheap alternative that still hits all the marks and will hold strong for years to come.

If you can get your hands on a Razor Blade Pro V2 then I recommend it. There is no headache of building, no worry about immediate obsolescence with the components, and plenty of features to keep you busy.

The only things I don’t like are the shorter battery life and general heat problems, but those are issues you will find with any high-end gaming laptop. The Razer Blade Pro V2 gets high marks from me in nearly every possible way otherwise. It’s a good PC experience that sacrifices as little as possible to get as much as possible done.