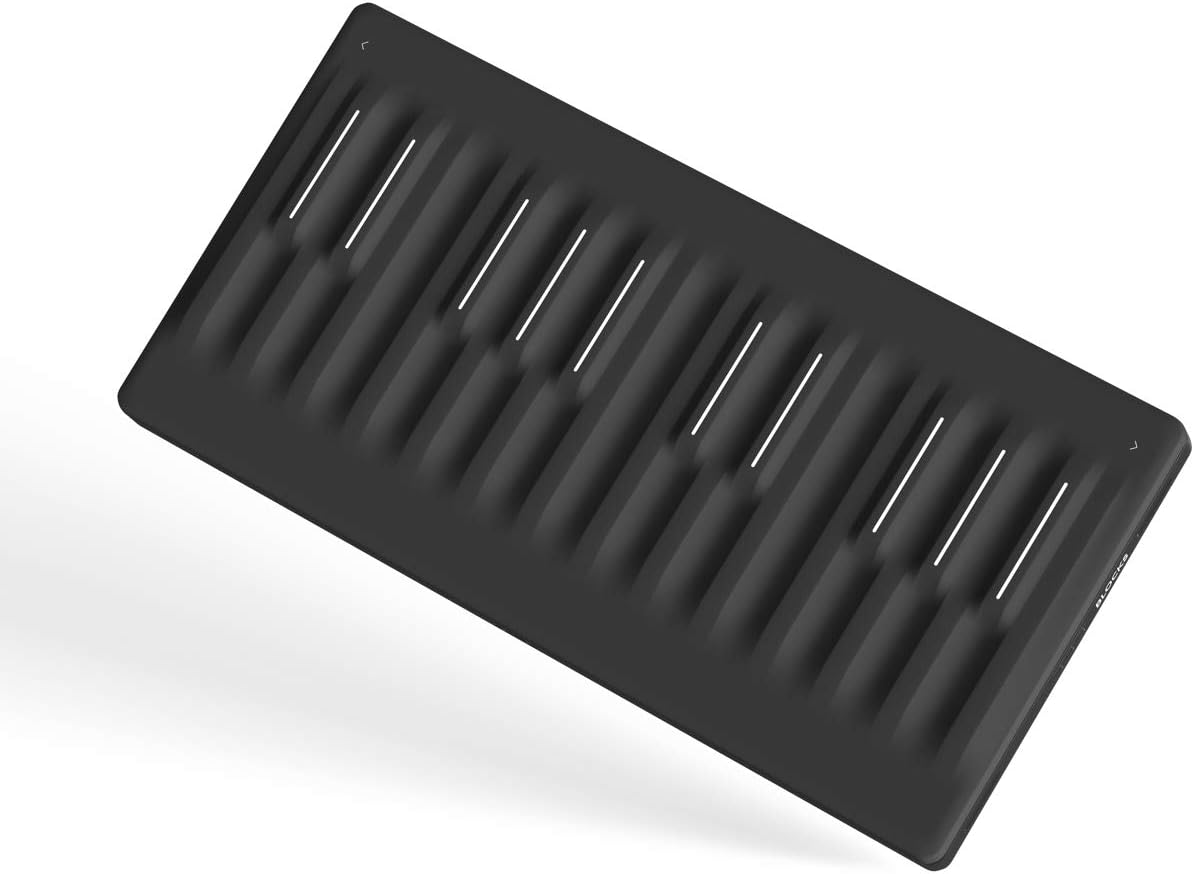 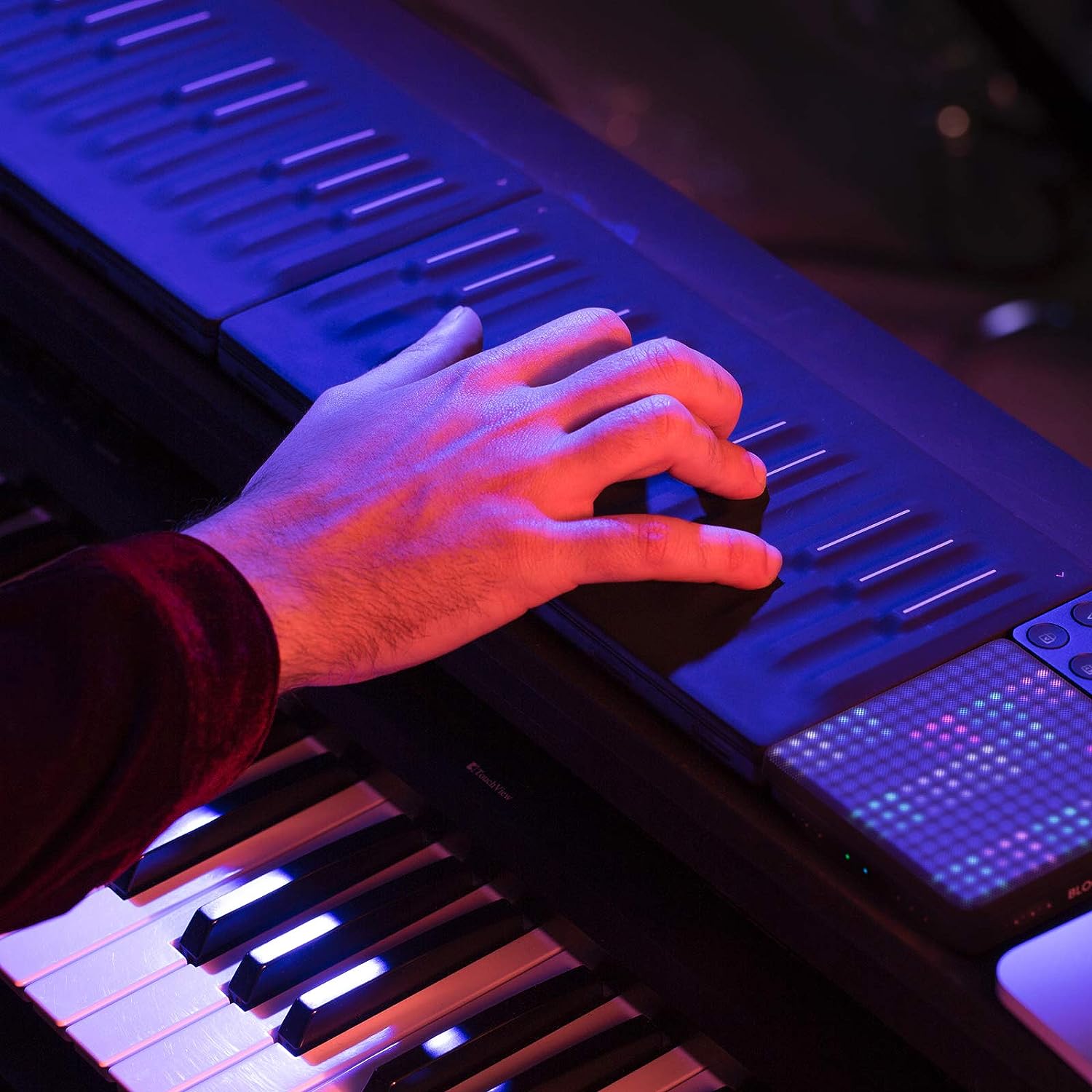 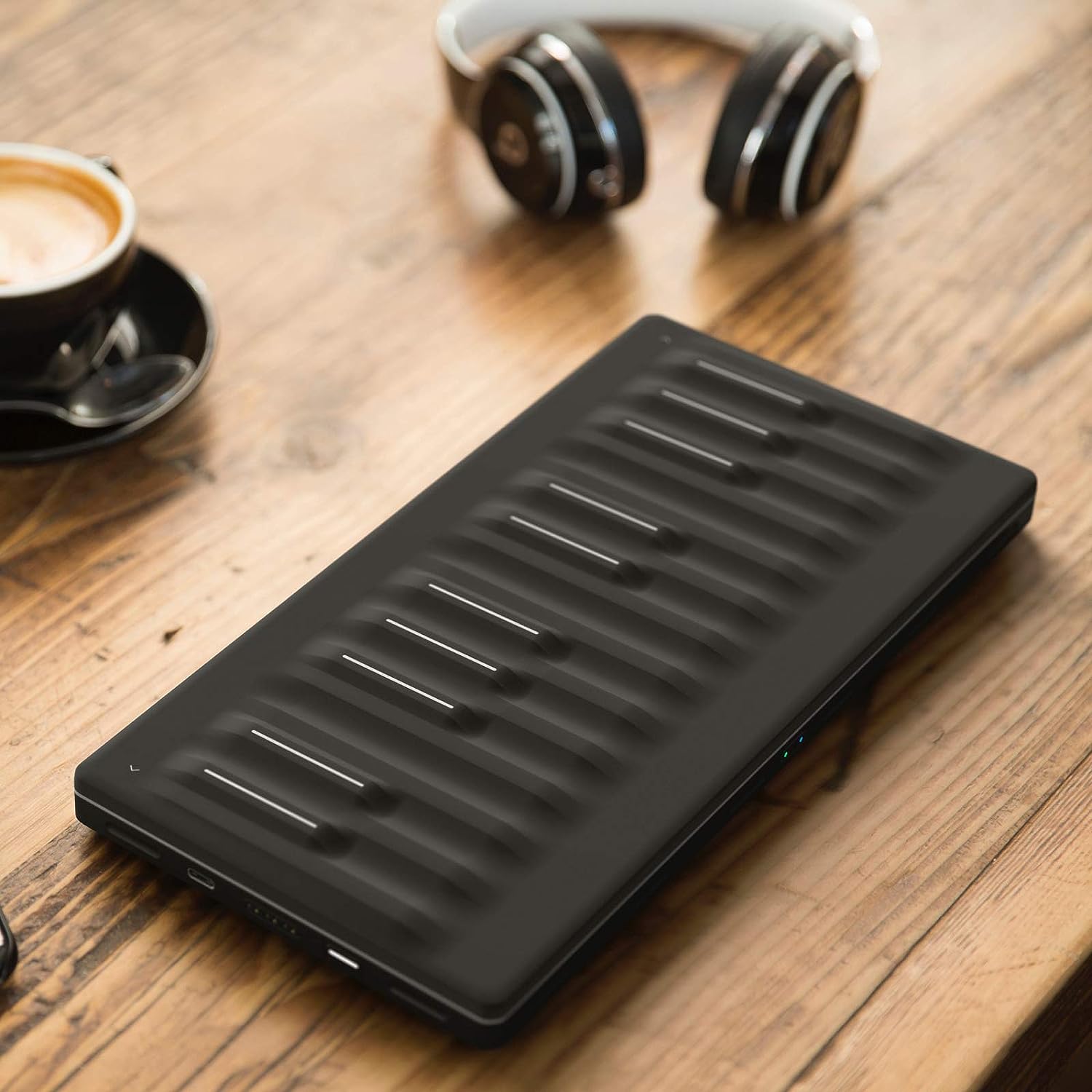 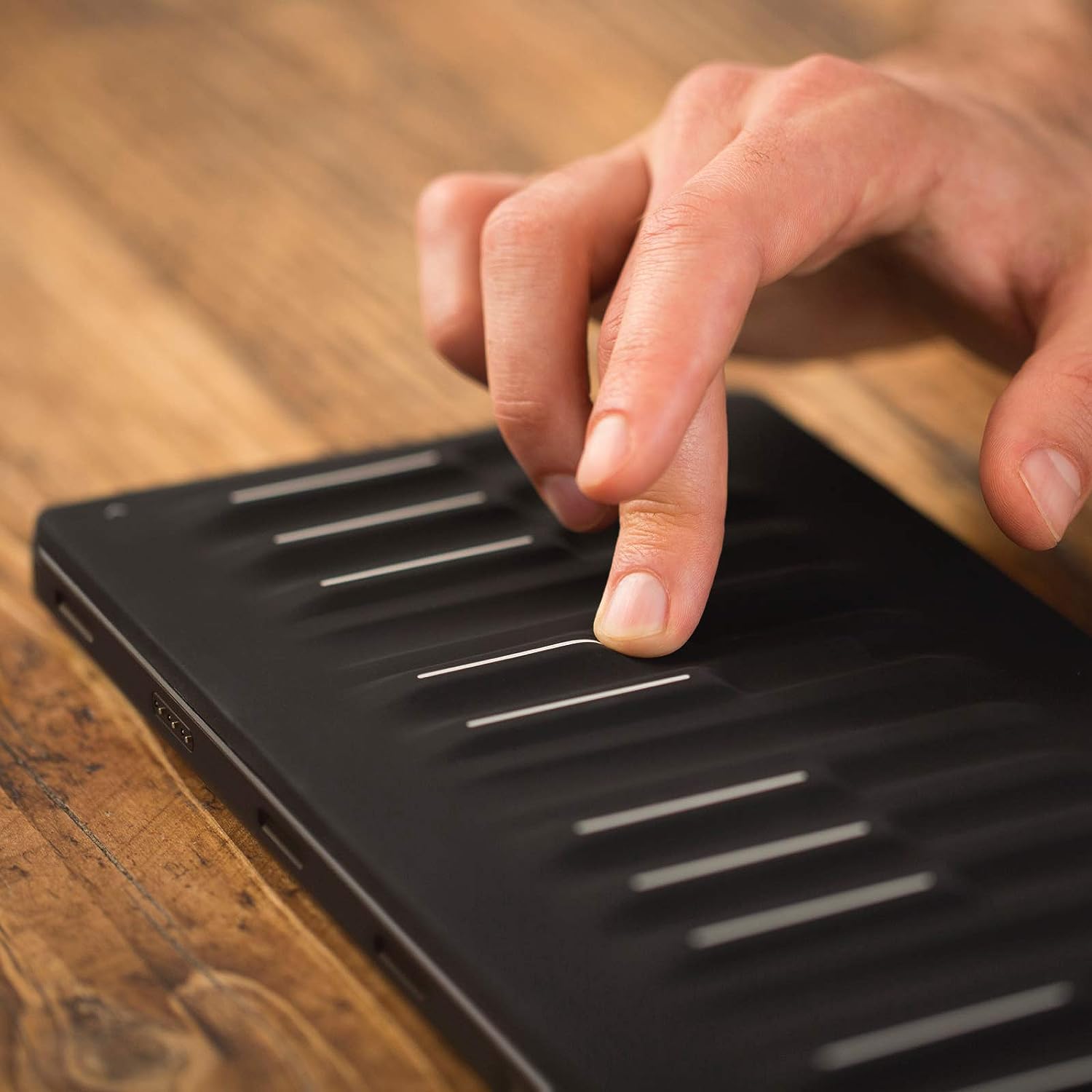 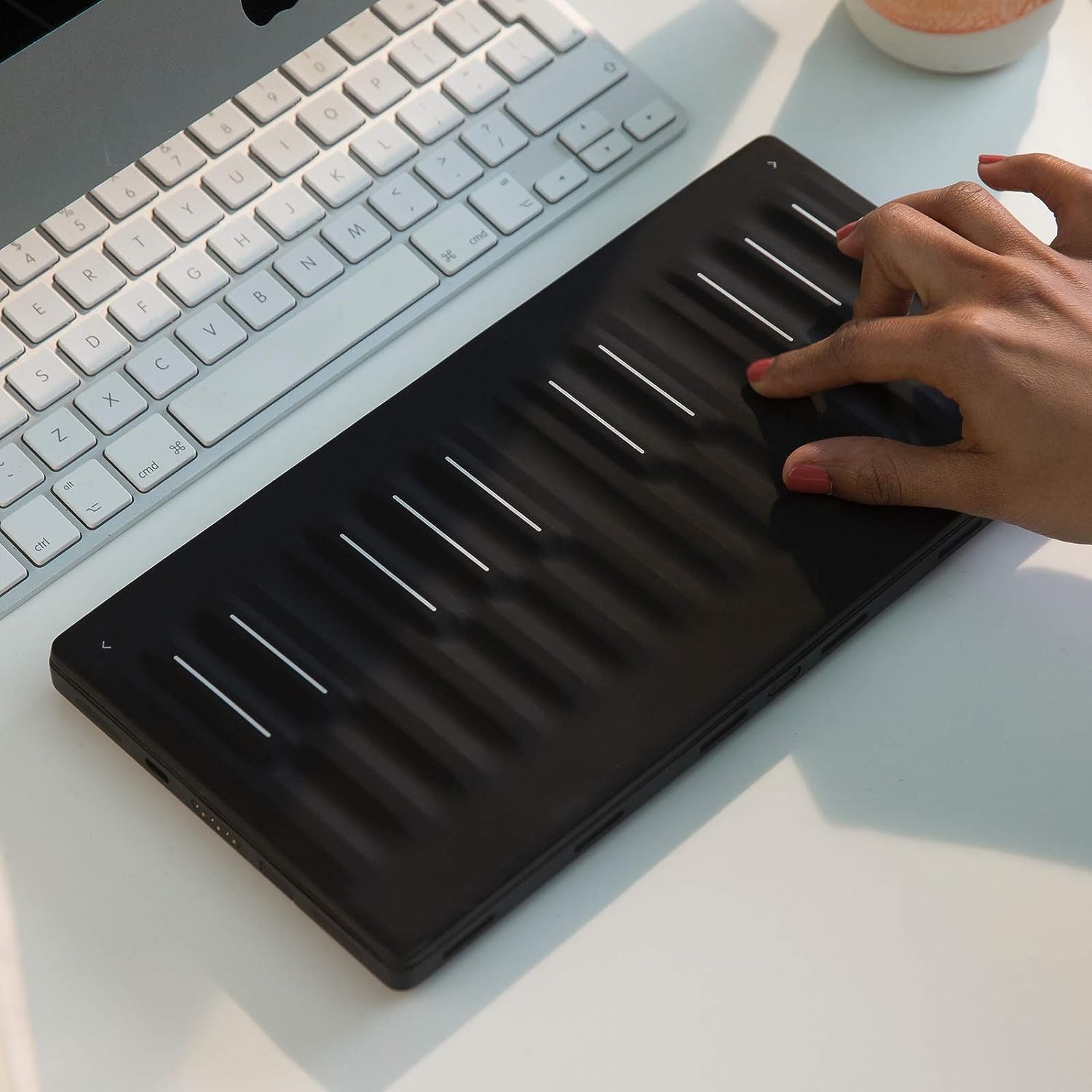 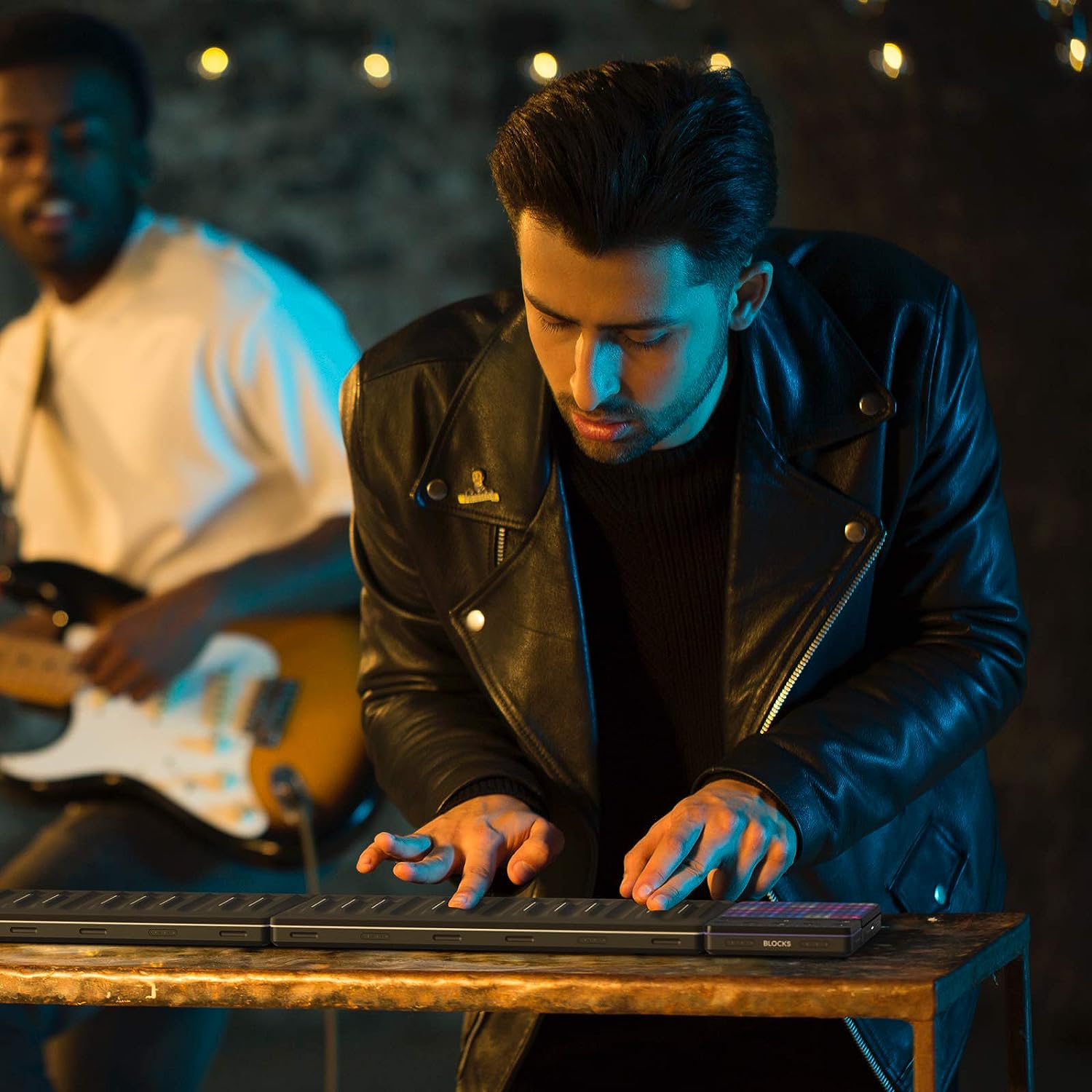 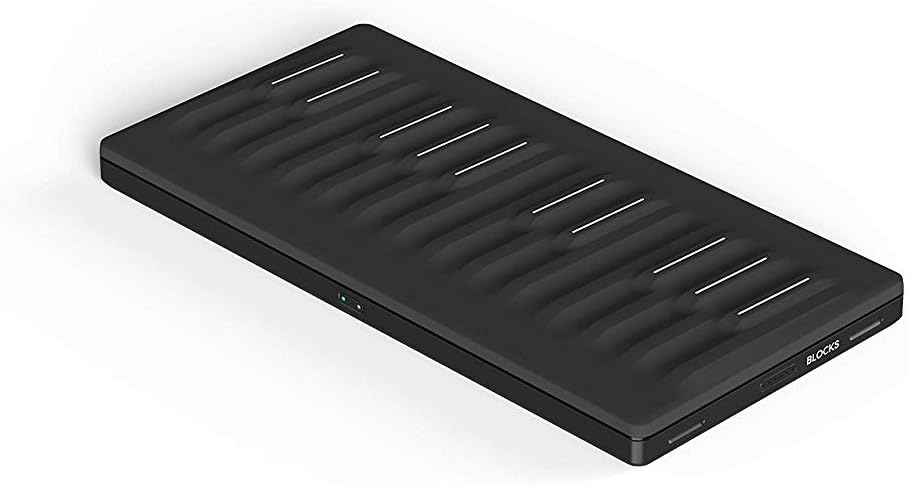 Roli – the British digital music startup – has developed a modular keyboard surface designed to connect with a full suite of compatible music programs. Whether you’re looking to create your next digital masterpiece in a local café or bring the Seaboard’s portable setup up on stage; the affordable keyboard is an action-packed player equipped with NOISE, Equator Player, BLOCKS Dashboard, and a MaxMSP software program.

Seaboard separates itself from the pack with its extensive compatibility with other production programs and its never-ending library of built-in songs. Capable of connecting to other blocks, the super powered keyboard is a budget-friendly way of expanding your music production for under $300.

Armed with over 200+ free sounds, two-octave playing surfaces, and Icon SoundSpeaker system, the Seaboard Block is a powerful editor poised to democratize digital music. Whether you’re looking for new-age solos, cinematic soundscapes, or simple starter beats, the easy-to-use Seaboard begins to start with a touch. Users are able to mesh their music creations with Five Dimensions of Touch (5D Touch) on a uniquely responsive surface. The creative process is only limited by one’s imagination.

Both wireless and portable, users can take an extensive library of sounds with them that range from string orchestra pieces to R&B riffs. Save your latest creation through Seaboard’s intuitive software program and access your latest ensemble by connecting through your smartphone or desktop. If you need a little musical inspiration, the Seaboard Block allows users to purchase sound packs from recording artists like Steve Aoki, RZA, and WondaGurl.

Whether you’re a novice or an experienced music production editor, this keyboard has something for everyone. From electric pianos, basslines, kalimba riffs, or harp bridges, ROLI designed a user interface that’s virtually limitless. According to ROLI, Every Seaboard Block comes with four high-powered music production programs and a NOISE app that includes an ever-changing library of sounds.

Here is a list of some of Seaboard’s innovative software features:

Connect two Seaboard Blocks together through ROLI’s magnetic BLOCKS DNA connectors. Or connect Seaboard Block to Lightpad Blocks, Live Blocks, Loop Blocks, or Touch Blocks — the other musical building blocks in the modular BLOCKS system. Seaboard Block is one piece of an instrument that grows with you.

Hailed as “the future of the keyboard.” Seaboard Block features ROLI’s signature SEA interface technology, which integrates sensors and a silicone surface, making every moment of touch musical.