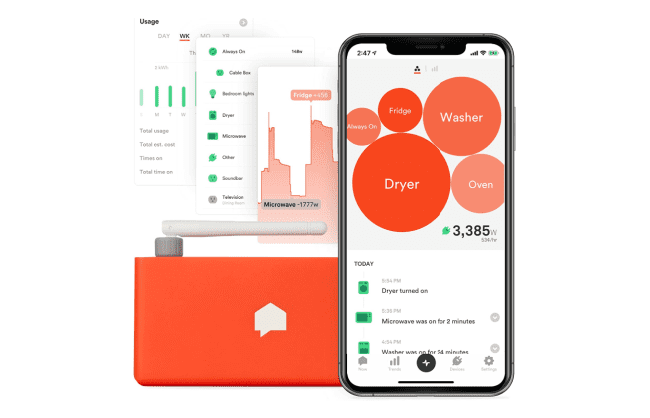 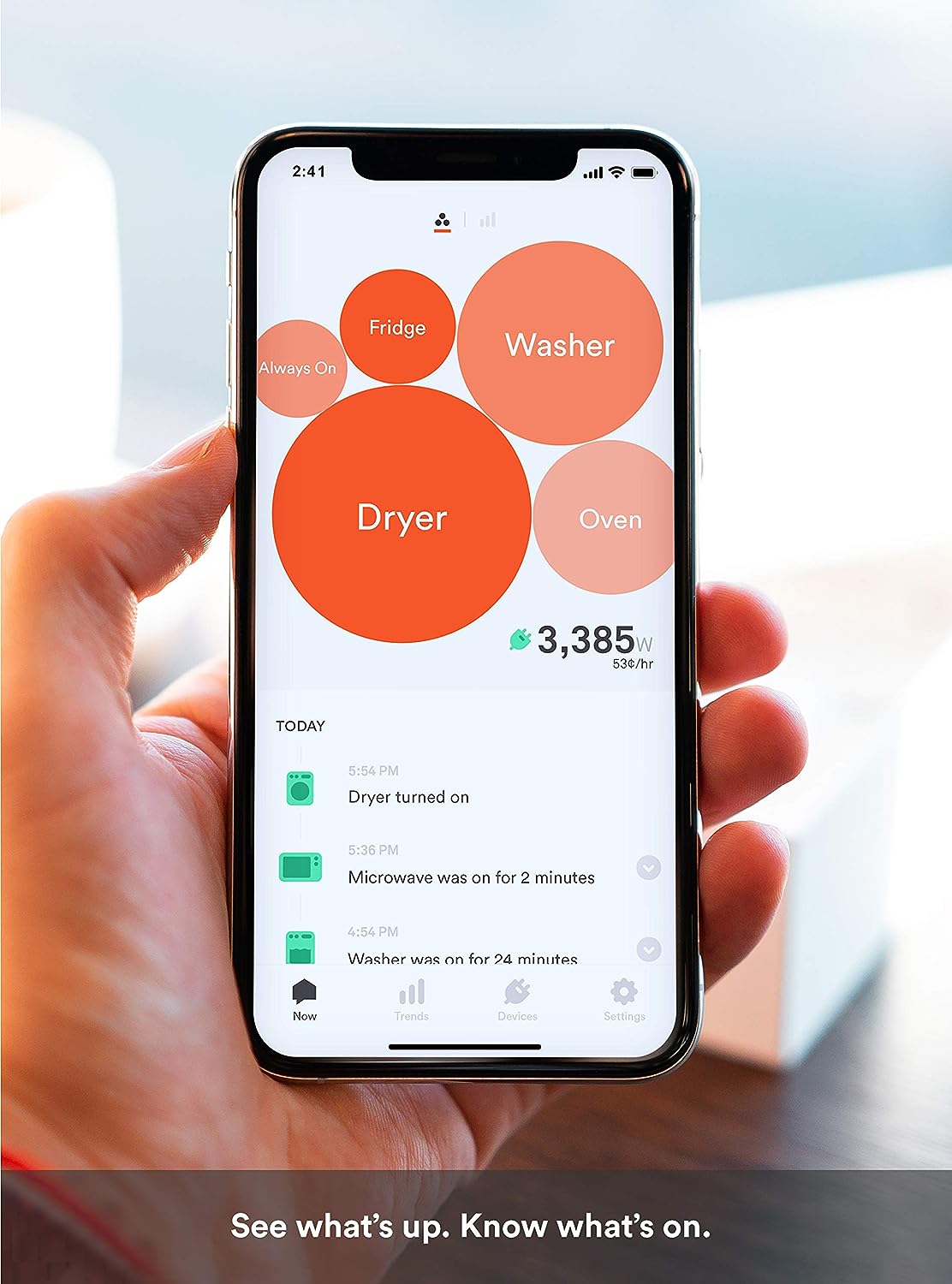 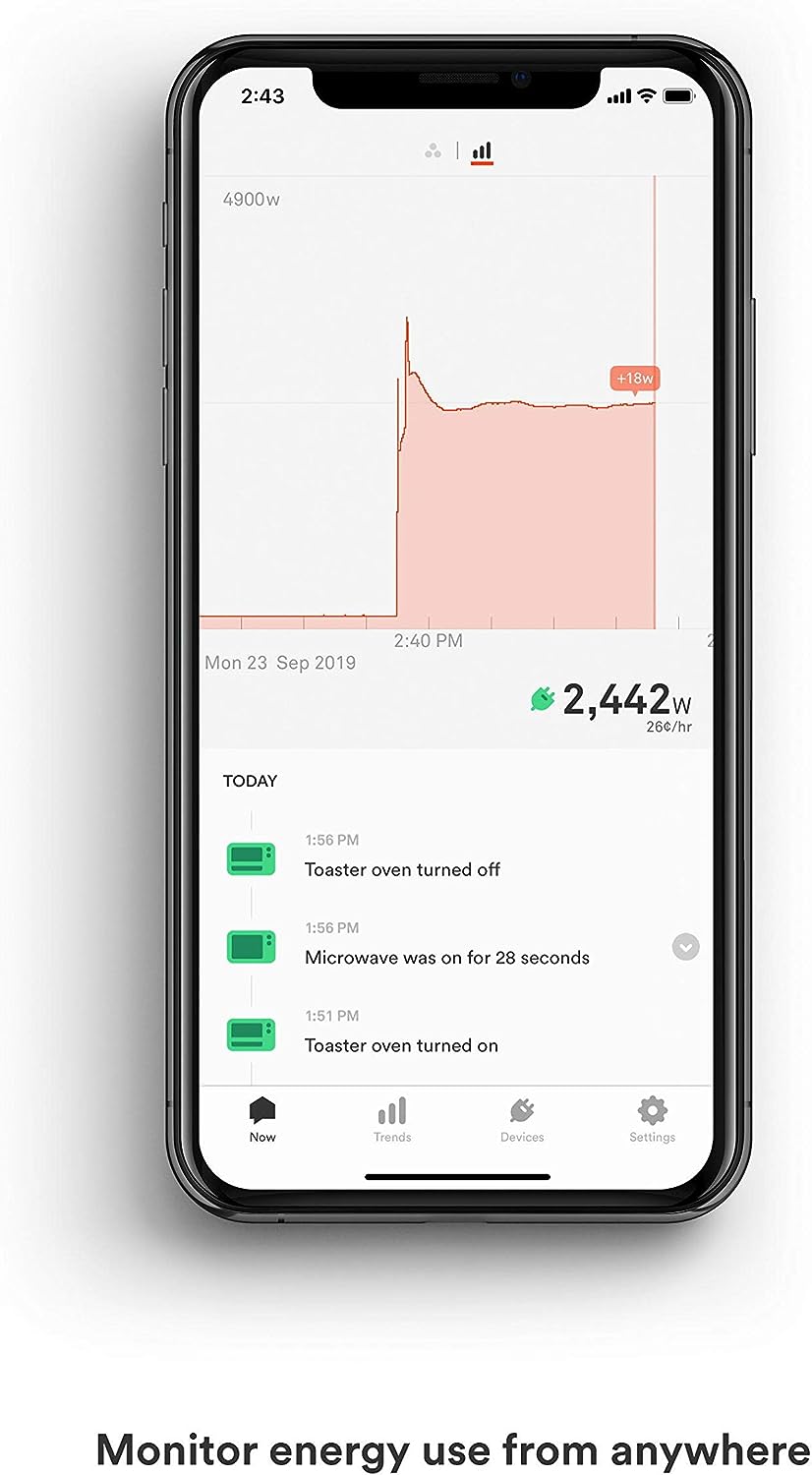 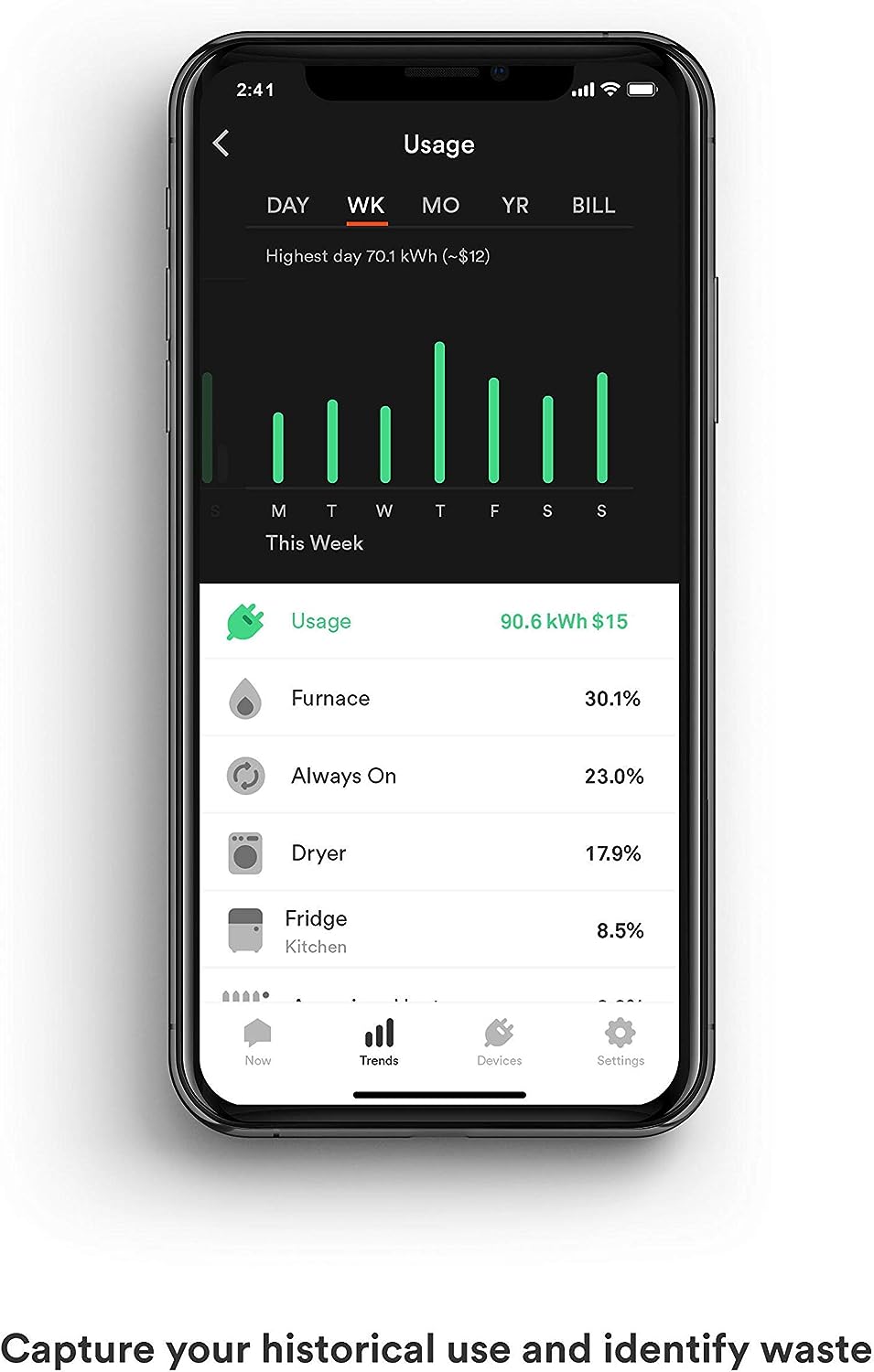 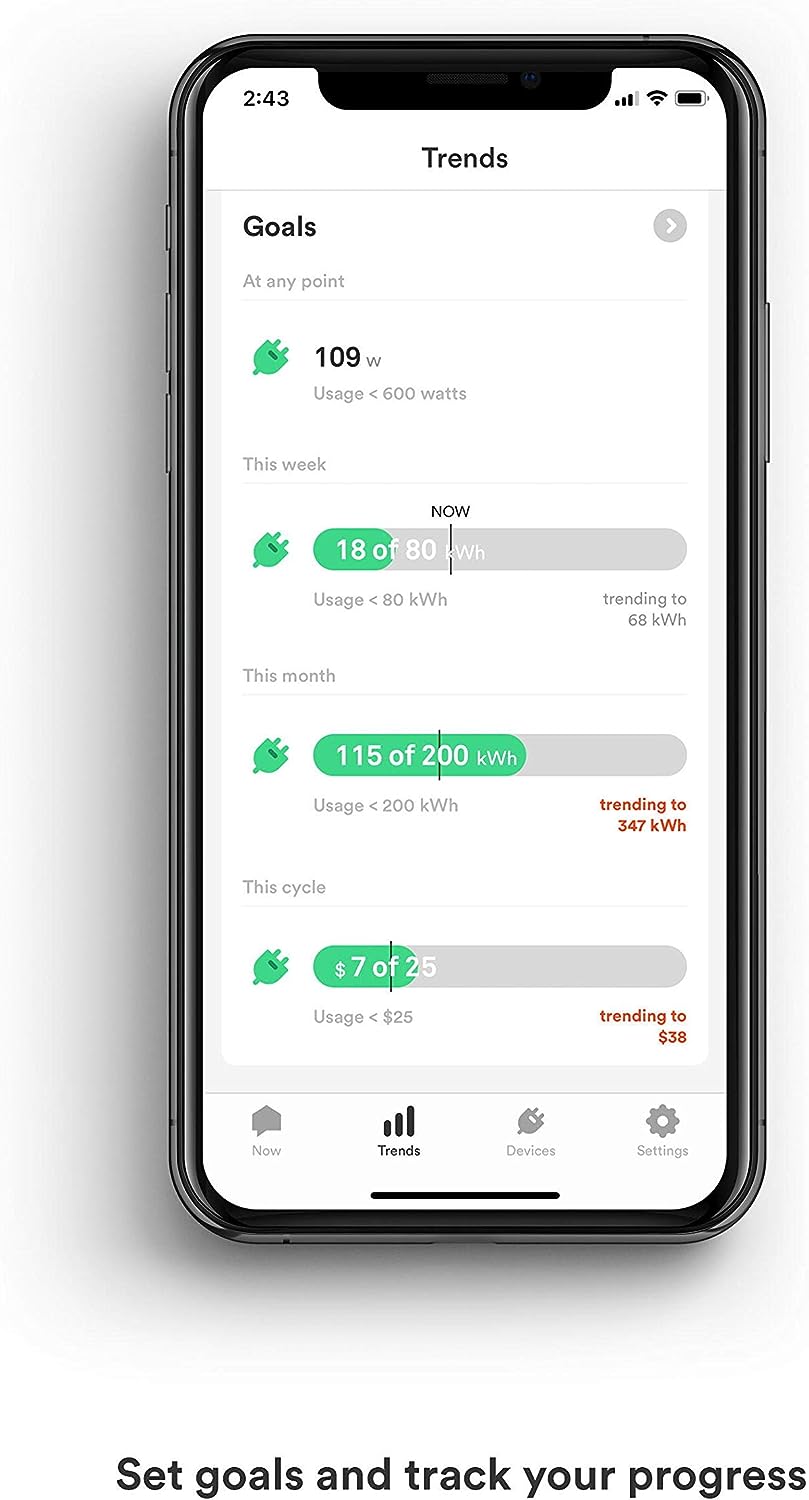 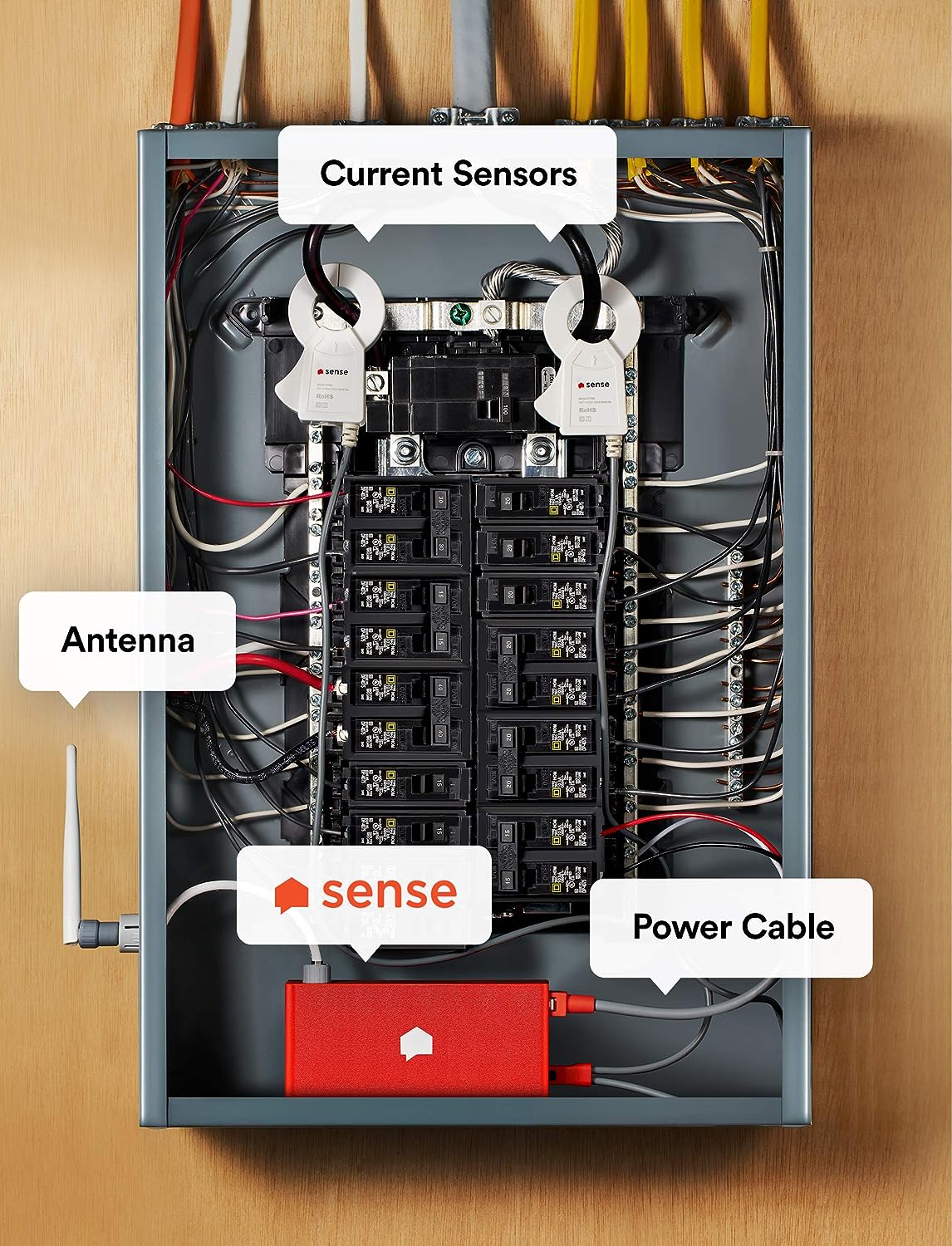 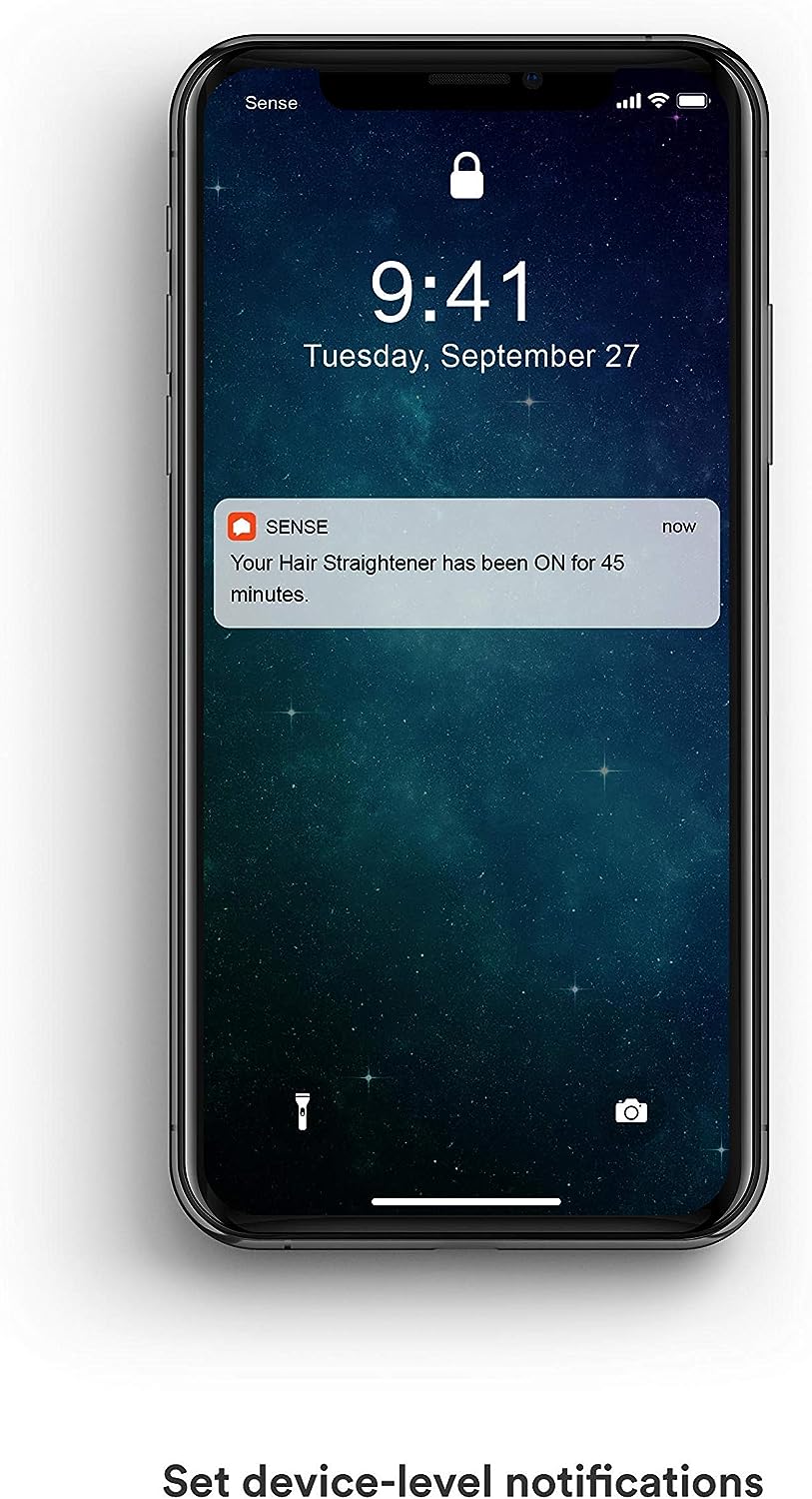 See what’s up, know what’s on.

Introducing the Sense home energy monitor. Once connected to a Wi-Fi network, the monitor tracks energy usage like a grocery receipt: listing each appliance separately while collecting data on your home’s energy output throughout the day. From there, the monitor lets you know if your washing machine, for example, is using energy efficiently. It does all this by talking to you about your electrical devices. It even gives you accolades on your home energy conservation habits with customizable messages like: “Nice, you use 30% less heat than similar homes.”

What’s your home telling you?

Born from the simple idea that people should have a pulse on what is happening in their own homes, the Sense home energy monitor is the newest innovation in energy efficiency. The home automation era is officially upon us. With simplicity in mind, Sense Labs created an energy monitor that listens to every electrical device in your home whether that be your garage door, dryer, TV, microwave, ceiling fan, fridge – you name it. The monitor connects to the homeowner’s main breakers in their electric panel and records the performance of devices millions of times per second. The four-step installation process is as easy as positioning the Sense monitor in your electric panel, downloading the app, connecting to Wi-Fi, then letting the magic begin.

Your walls can talk.

The Sense home energy monitor, according to the company, “can accurately disaggregate 80% of home energy usage.” So how can it read electrical devices? The sensor can detect a microwave through its very specific start-up or operating power. As for a washing machine – it can be identified by the demand of the motor while the drum fills with water. Each household electrical device has its own unique “signature” and the monitor has been designed to identify it accordingly. That’s how it communicates to the homeowner.

Sense Labs’ CEO and co-founder Michael Phillips, when asked about the future of home automation said, “Intelligence in the home starts with good data about what’s going on, so that’s our focus right now – developing the data.” His company is the first to offer a consumer product that reads incoming household power and at the same time, operates in real-time. Their data collection will play an instrumental role in home energy conservation for years to come. If there is any question about whether or not this device will have staying power, one can easily look at Sense Labs’ innovation in its other patents. From Samsung’s S-Voice to Apple’s Siri, Sense has been an industry market maker with 59 products launched, 33 patents issues, and 415 million total users of their technology. Whether it is advanced speech recognition technology (voice search) or voice-enabled virtual assistant technology (Apple’s Siri), you can put the house’s money on Sense Labs. They have a long history of successful product launches. The Sense home energy monitor is the perfect marriage between home automation and energy conservation.

The only real question surrounding the product is its ability, in the future, to connect to household devices that are becoming smarter and smarter. It has to change with the times. Meaning, as homes become more automated the Sense monitor must be able to keep up with the ever-changing inventory of new electrical devices. In addition, if patience is not a virtue of the consumer, the one-month home “observing” time may be an issue. The Sense home energy monitor has a 30-day ramp up period before its technology can fully identify what’s doing what.

There really is no downside to buying this product as long as Sense continues to improve upon the monitor’s technology. Without question, Sense’s newest product gives a homeowner insight into their home energy consumption. This means saving more money. It makes homeowners keenly aware of devices that are wasting energy and one’s that are performing well. In addition, the Sense home energy monitor can help avoid some major disasters, such as house fires. It will send an immediate alert if your teenager, once again, left her hair straightener on full blast or if the fridge is leaking coolant. By creating a monitor that tracks electric device energy consumption, Sense Labs is essentially making people accountable, in their own homes, for their carbon footprint.