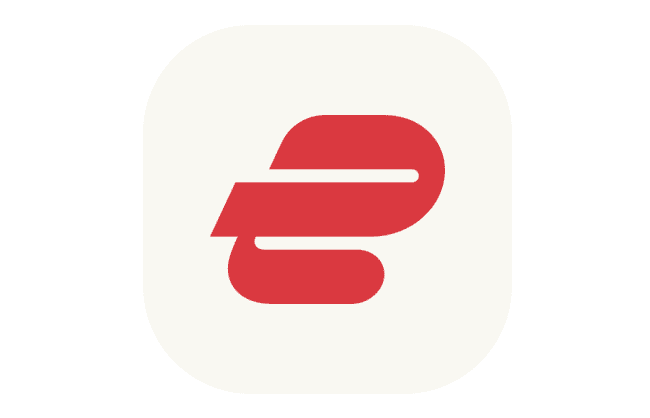 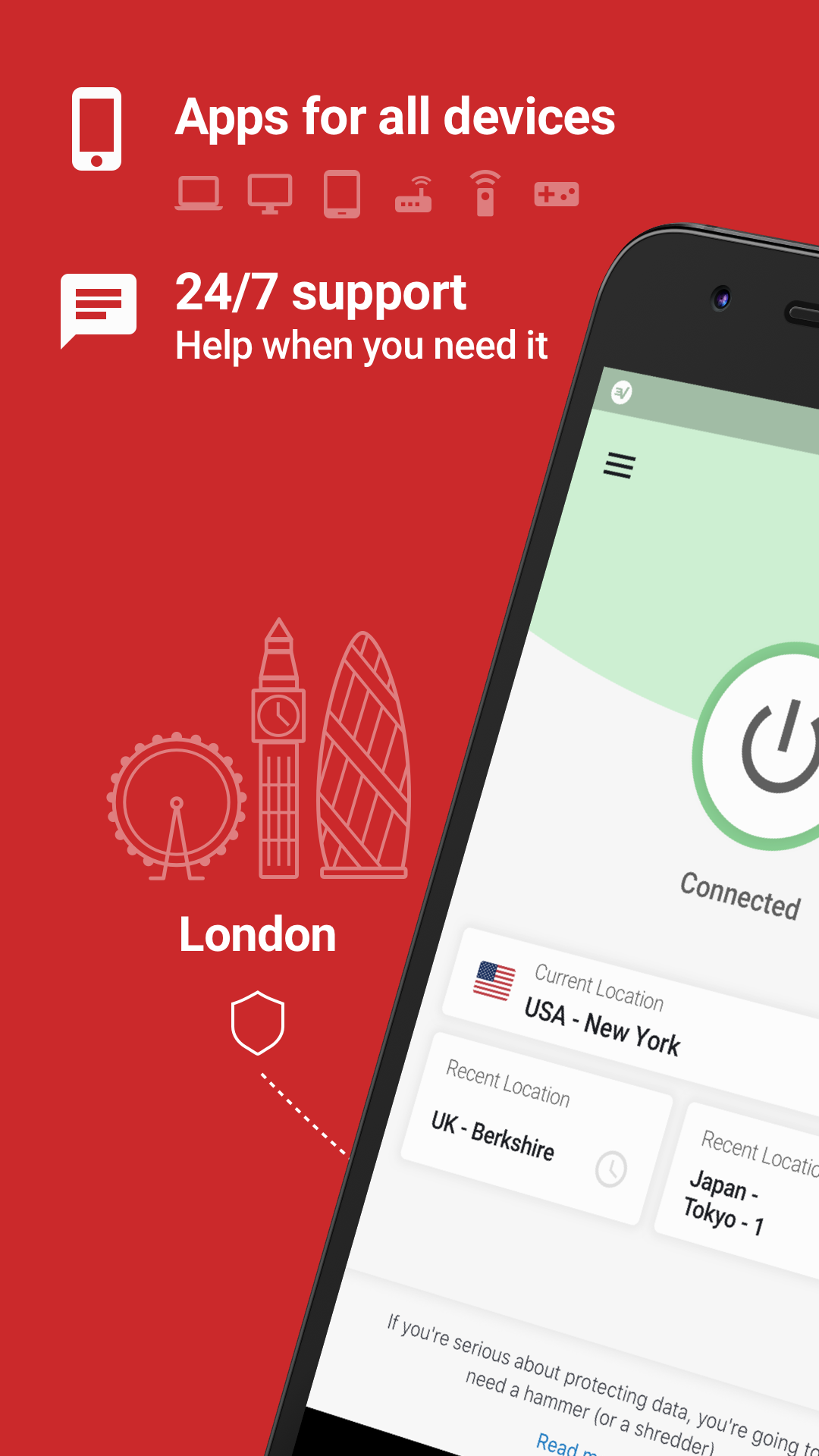 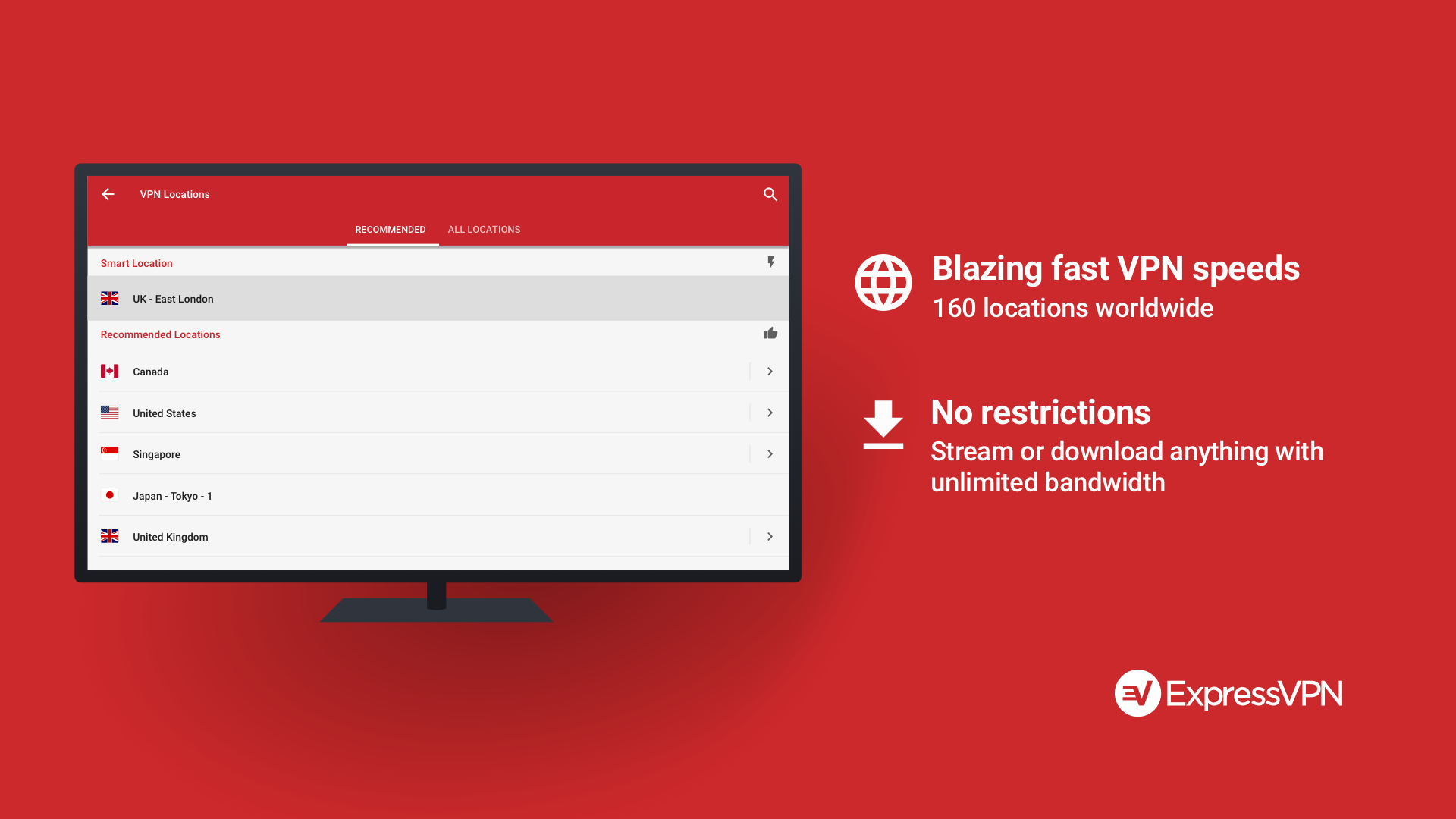 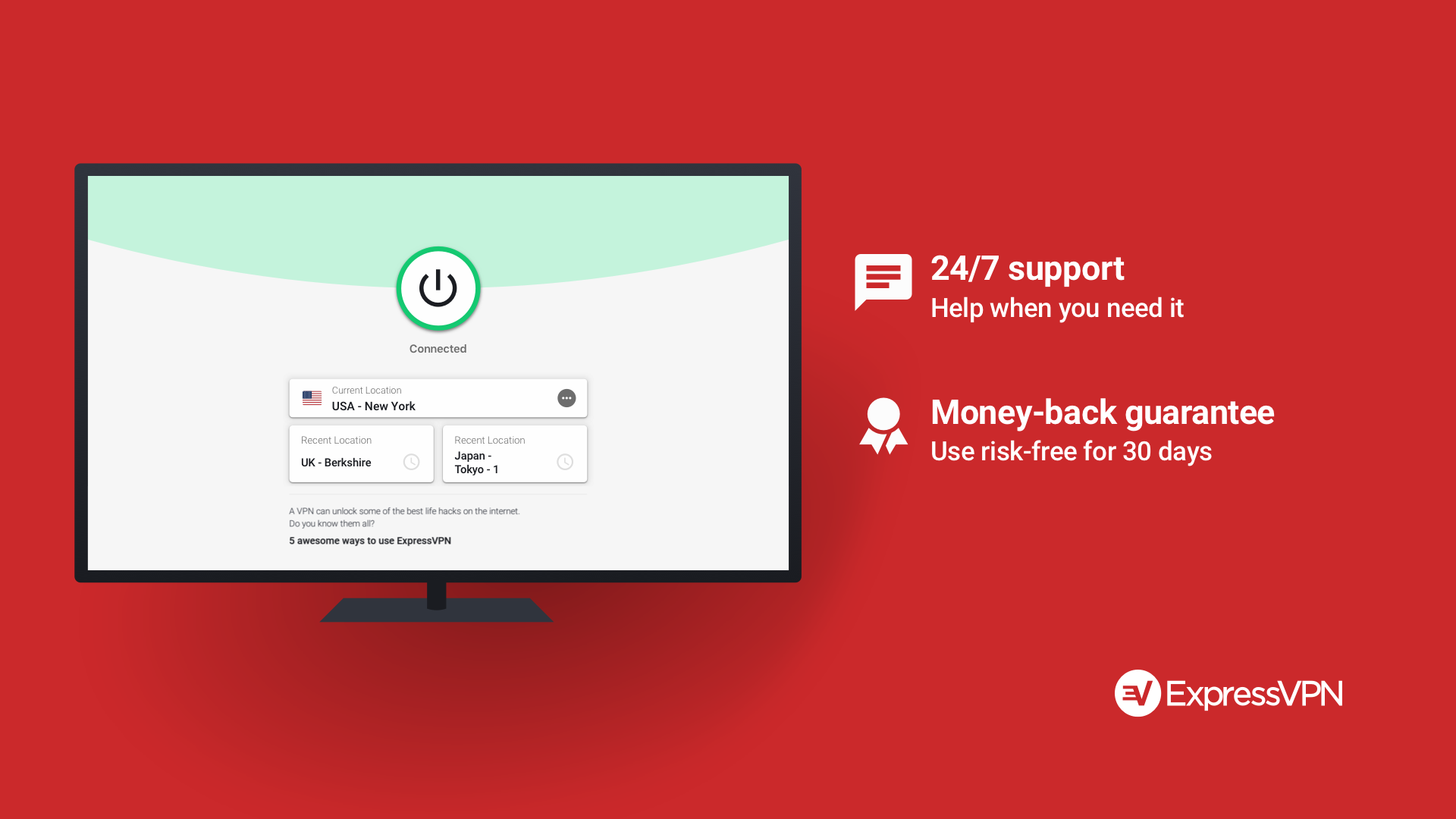 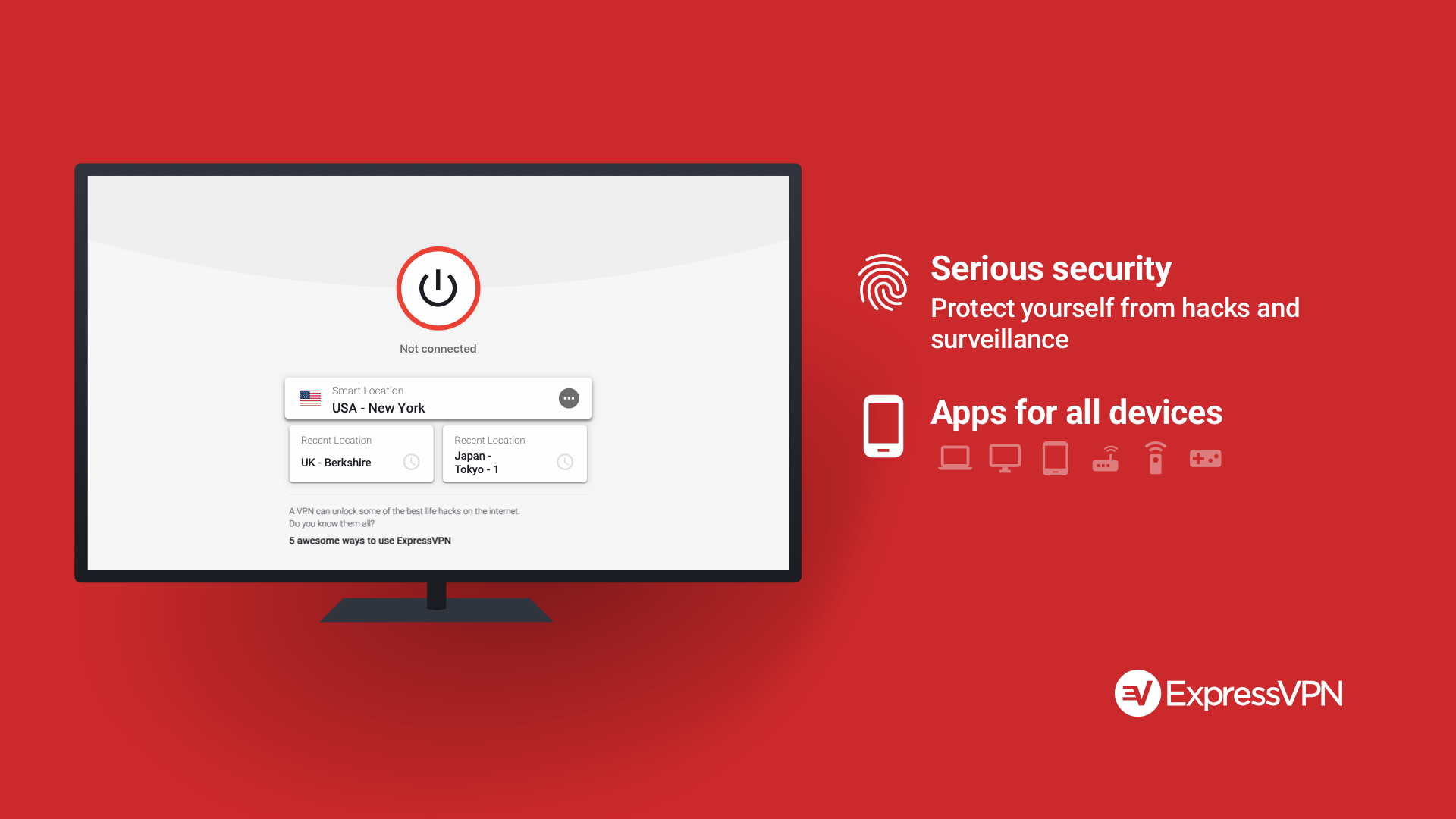 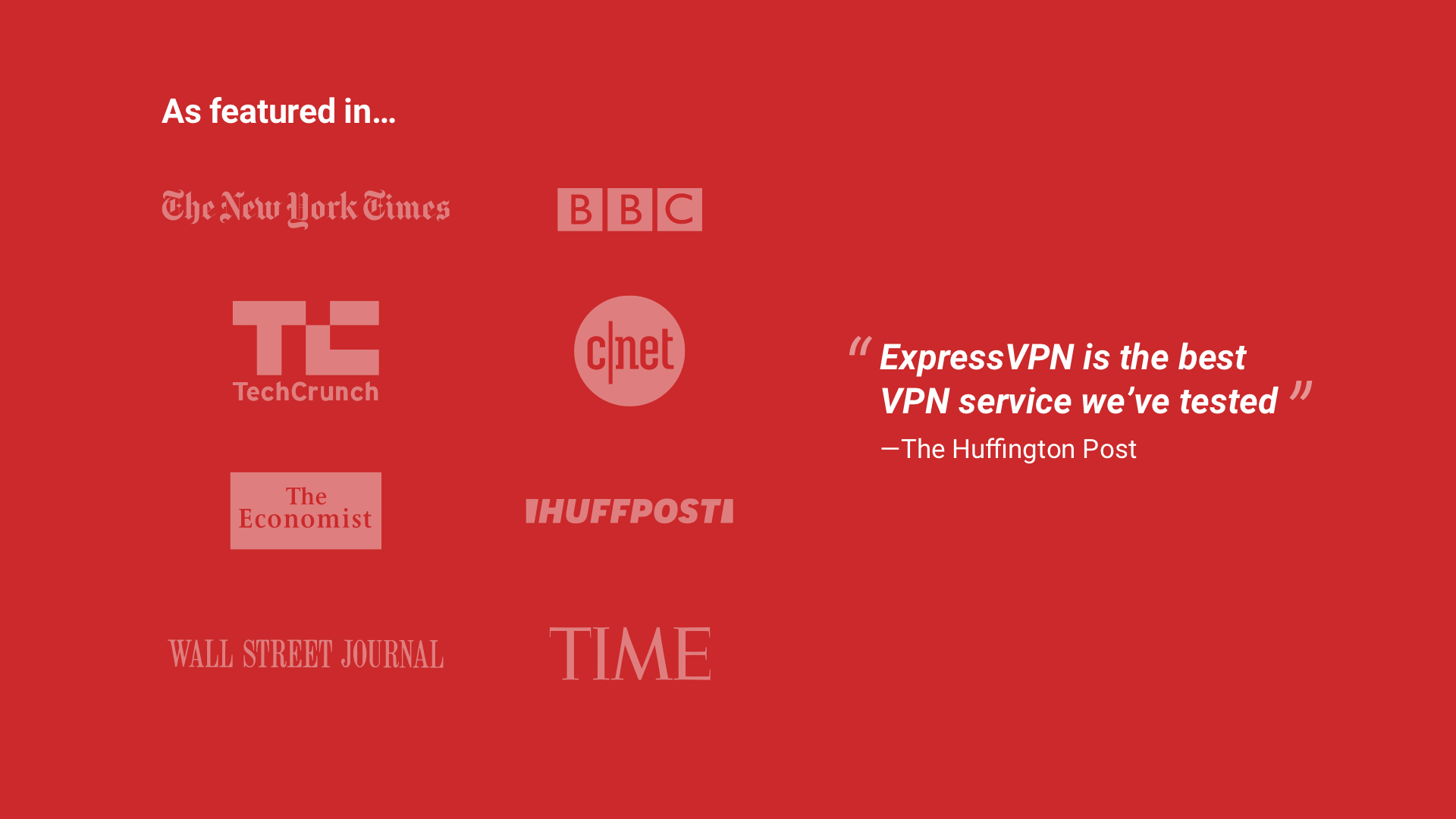 ExpressVPN is a product that claims to offer users security and privacy in the information age, giving them the freedom and peace of mind to browse the internet safely. I know internet safety is a concern that continues to grow as the world gets further into the digital information age, and everyone is constantly looking for ways to feel protected.

As more and more individuals are discovering that their internet activity is being constantly monitored by third parties, the prevalence of Virtual Private Networks is growing around the world. I personally have heard about VPNs constantly, and they have only become more widespread over the source of the last five years as the market for them continues to grow.

VPNs provide a wide variety of services that appeal to a wide range of consumers. Some like the added security that they give to them, while others only use them to get access to content that would otherwise be locked out of their country.

Why Use a VPN?

There are many reasons to consider using a VPN to secure your online presence. VPNs hide your IP address and location from prying eyes such as hackers, government agencies, internet providers, and the like. Any good VPN service will also feature full data encryption, making it much more difficult for those with malicious intent to make use of your information.

Online trackers, invasive websites, over-ambitious cookies, and internet service providers are all going to struggle a lot harder to squeeze out information when it comes to VPNs. they cannot track your internet usage or profile you based on your online habits. If they can’t gather this data on you they also can’t sell it off to interested third parties such as ad agencies.

I think having any part of your identity kept away from larger corporations is a wonderful thing to try and keep a grip on. Your information is the most valuable thing you can have when online. Keeping other entities, big companies, or small individuals, from having an easy time gathering your information can only help in keeping people safe online.

VPNs also allow users to bypass internet censorship or restrictive networks. This is a critical feature for those living in countries with oppressive internet rules, allowing access to blocked websites like social media.

Certain websites and streaming services even block content based on your location. By using a VPN service you can get around this by having the websites think you’re in a country that allows access thus making this a great solution. VPNs also make connecting to public or shared Wi-Fi hotspots safer, protecting your personal identifying information from hackers.

ExpressVPN aims to offer these services in the most user-friendly manner possible while retaining the high-security standards demanded by customers. ExpressVPN supports Windows, Mac, iOS, Android, Routers, Linux, and even some media streaming consoles.

The information sent between their secure VPN servers and your computer is encrypted, using AES-256 (Advanced Encryption Standard with 256-bit keys). This encryption method is used by security experts worldwide and is even used by the United States government to contain classified information. The method is incredibly secure and is one of the most resistant defenses against brute-force attacks frequently implemented by hackers.

ExpressVPN supports a whole host of VPN protocols and makes it easy to switch between them at any time. For more advanced users, you can select the one best for your desired speed and encryption levels.

For more information on the full extent of their security and authentication features, check out this page on their website. Their service supports up to 87 different countries, with more than 1000 different servers available. As long as you keep your eyes on your internet you won’t have any trouble finding a solid and safe connection.

Like most VPN users, one of the most important things when selecting a VPN is determining whether the company collects your personal information. Companies that secretly collect your data and use it for profile building or for selling to third parties are increasingly the norm in the digital age, but I want to focus on what ExpressVPN claims to gather and what they do with that information.

Internal data collection, IP logging, payment information, and willingness to comply with data requests are legitimate concerns of VPN users. ExpressVPN is based in the British Virgin Islands and is therefore not subject to United States’ Data Retention laws or the European Union’s Data Retention Directive. They will not comply with any requests for your data, and frankly cannot, because they do not log any identifying information whatsoever.

Per their website, “ExpressVPN does not and will never log your browsing history, traffic data, or DNS queries.” The only information that ExpressVPN collects about your use of their service is dates connected to the VPN, choice of VPN server location, and the total amount of data used per day.

It’s safe to assume that basically none of this information can be used to identify you in any way. I feel like ExpressVPN strikes that spot of keeping you secure thanks to how little it will actually track about you.

I believe that ExpressVPN’s has several wonderful aspects when it comes to how they treat their consumers. First, they feature a 24/7 support staff that is easy to get a hold of and, in my experience, tends to be quick to solve any issues that come up.

ExpressVPN has a variety of acceptable payment options like one would expect of a product focused on the digital age. They accept payment through traditional card methods, but also directly from PayPal, and even take payment through Bitcoin. However, I will say the price itself is a bit higher than many other VPN options on the market.

That’s not all that I’ve found when it comes to the good parts of Express VPN. There is a 30-45 day money-back guarantee, unlimited bandwidth, and multiple device support to name a few moe. As I’ve said, ExpressVPN is a solid choice; albeit a little expensive.

With everything said so far it might be easy to think that I have nothing negative to say about ExpressVPN. However, every product has things that like and dislike. That’s why I feel it’s important to take a moment to list out the pros and cons so that people can be given as informed of a decision on their purchases as possible.

There is more reason than ever to be shopping around for a VPN. Be it for security reasons or to get around region locking that is becoming more aggravating with time, there are plenty of features that any VPN will give you. That begs the question, what are my overall thoughts of ExpressVPN in this market?

I think it’s a choice that you won’t go wrong with. While it’s a bit lacking in extra features and is a tad expensive, at its core it is a well-put-together VPN that fills the needs that most are looking for. It does its job, and it does it well.

If you’re in the market for the VPN then I would recommend at least giving ExpressVPN a trial run. A single month won’t put you out that much, and it will let you get a feel for it to see if it’s a fit for you. I think there are plenty of people out there who will benefit a lot from giving a VPN a try, and this is a good one to start with if you have the money.