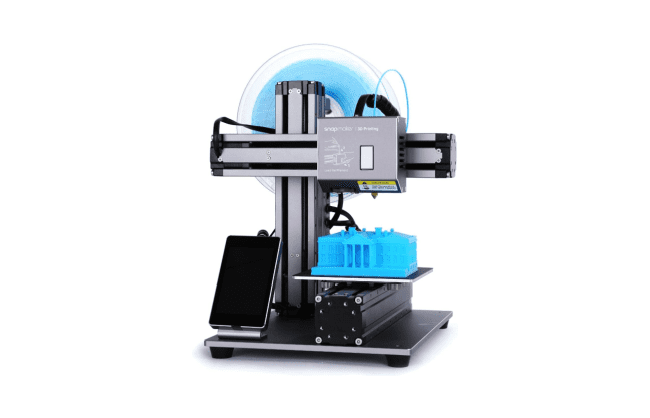 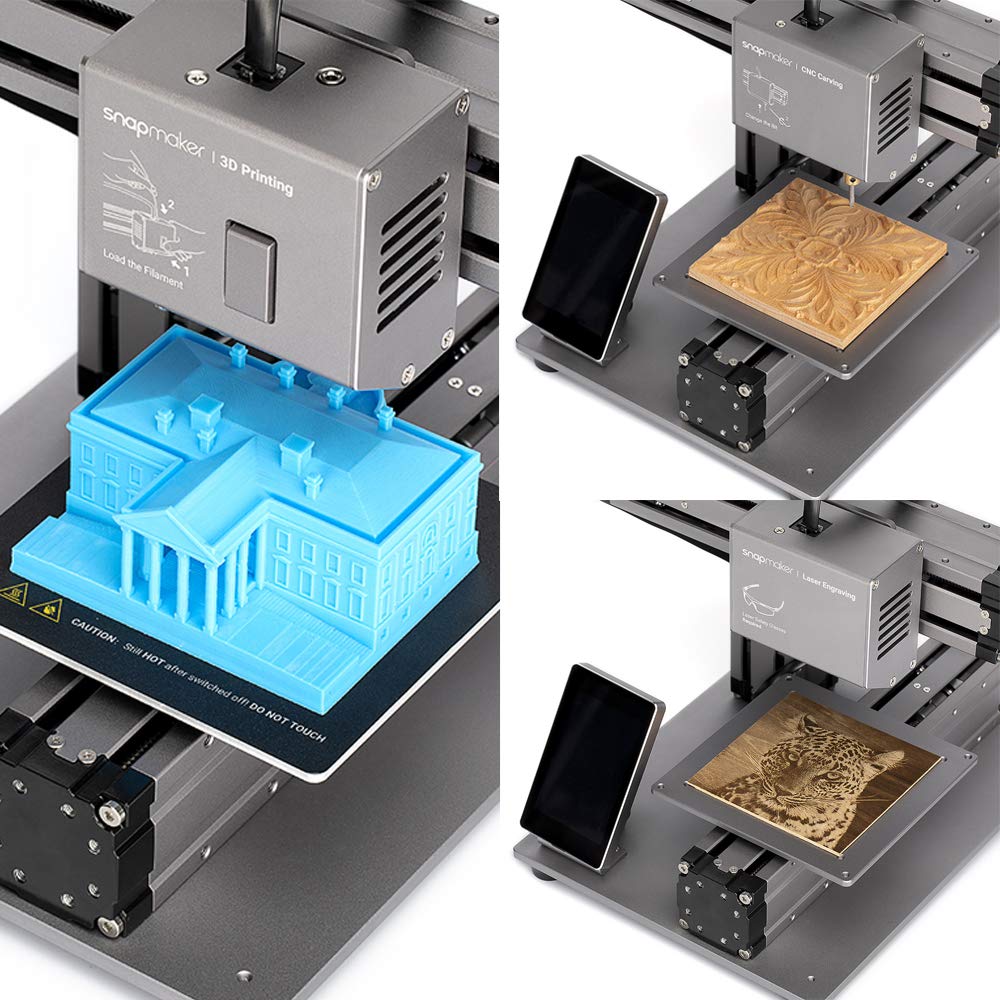 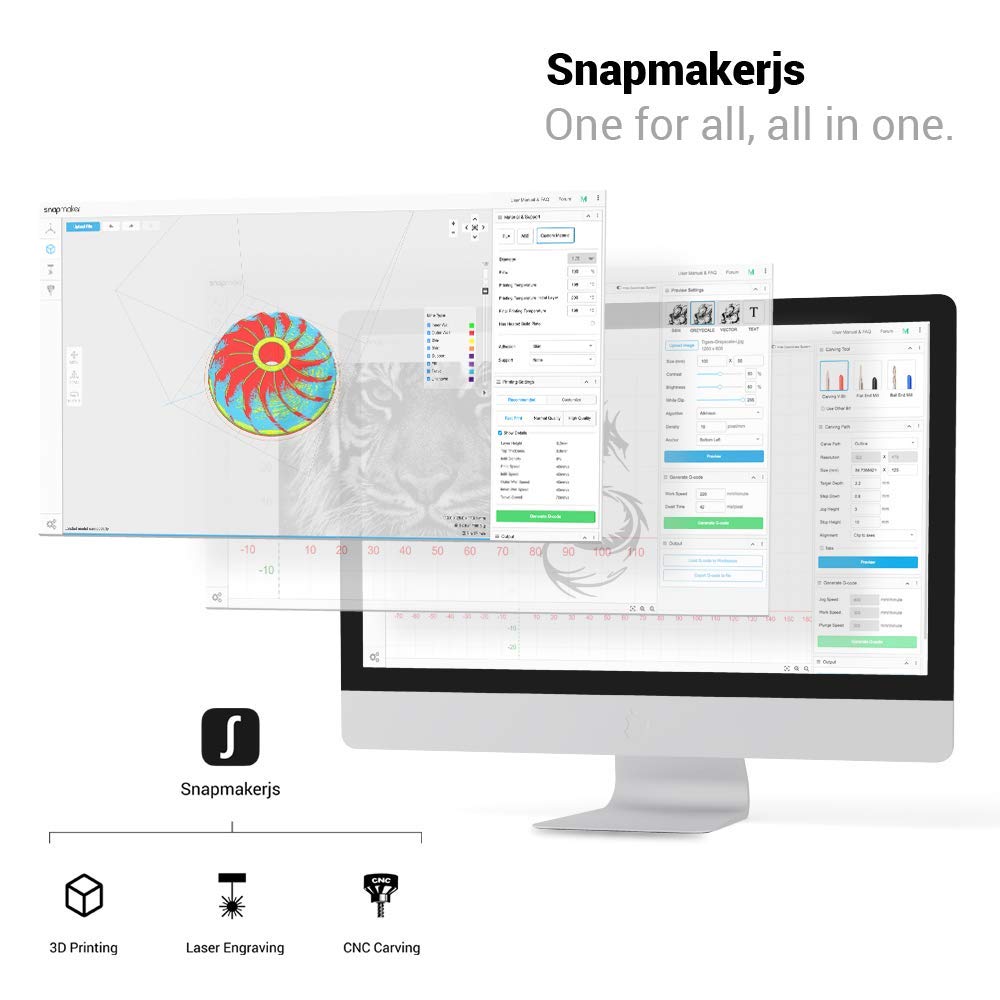 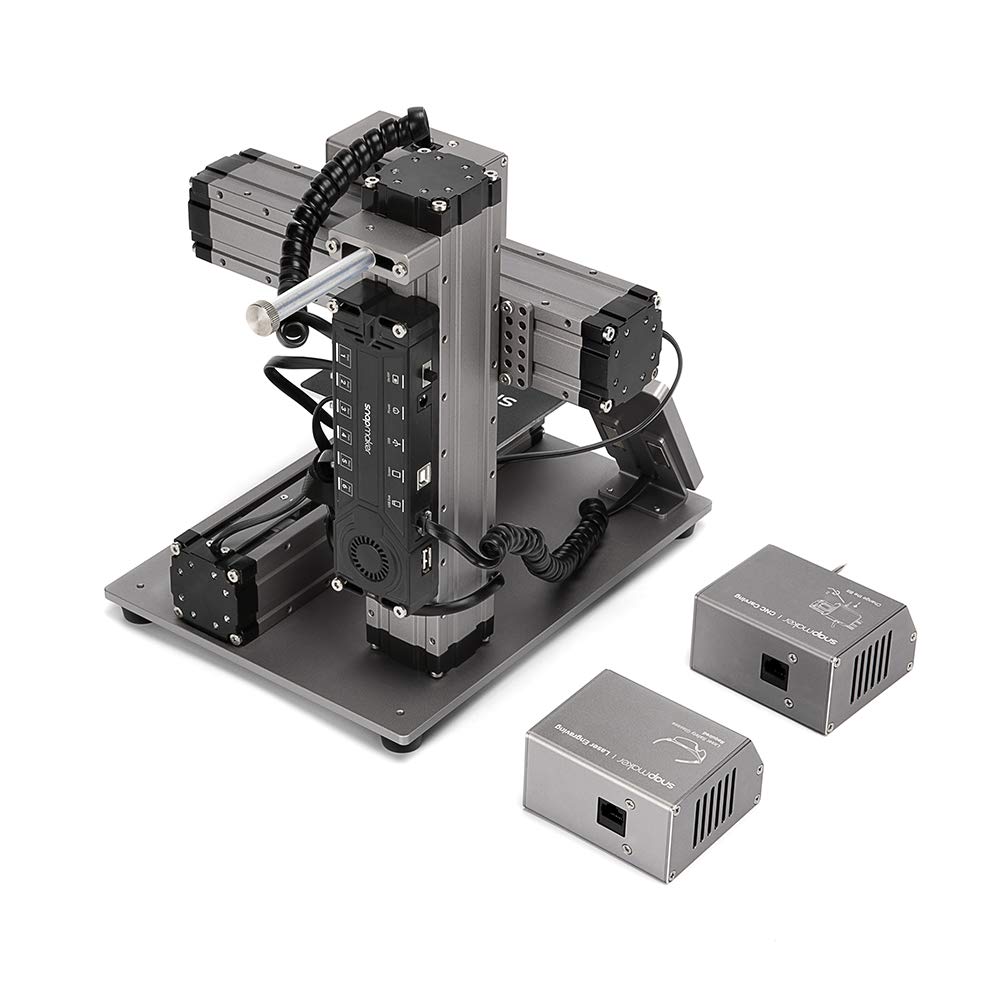 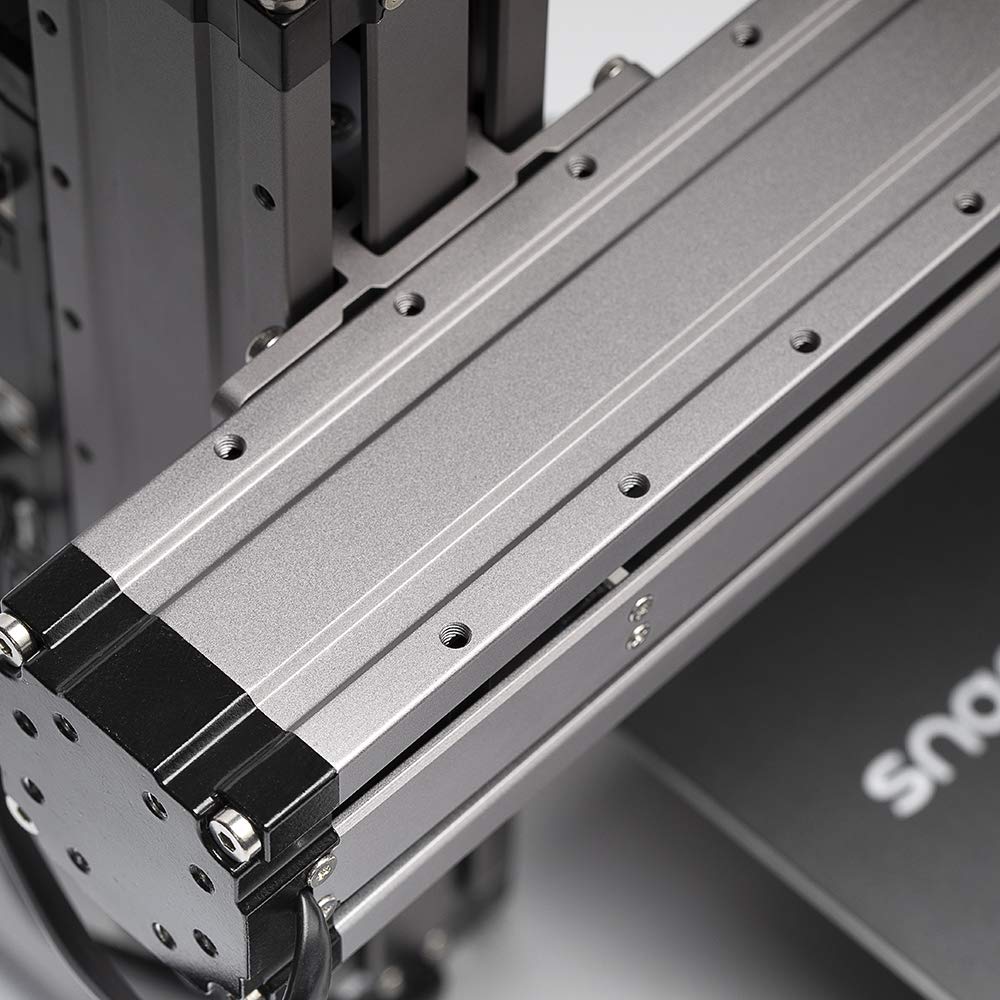 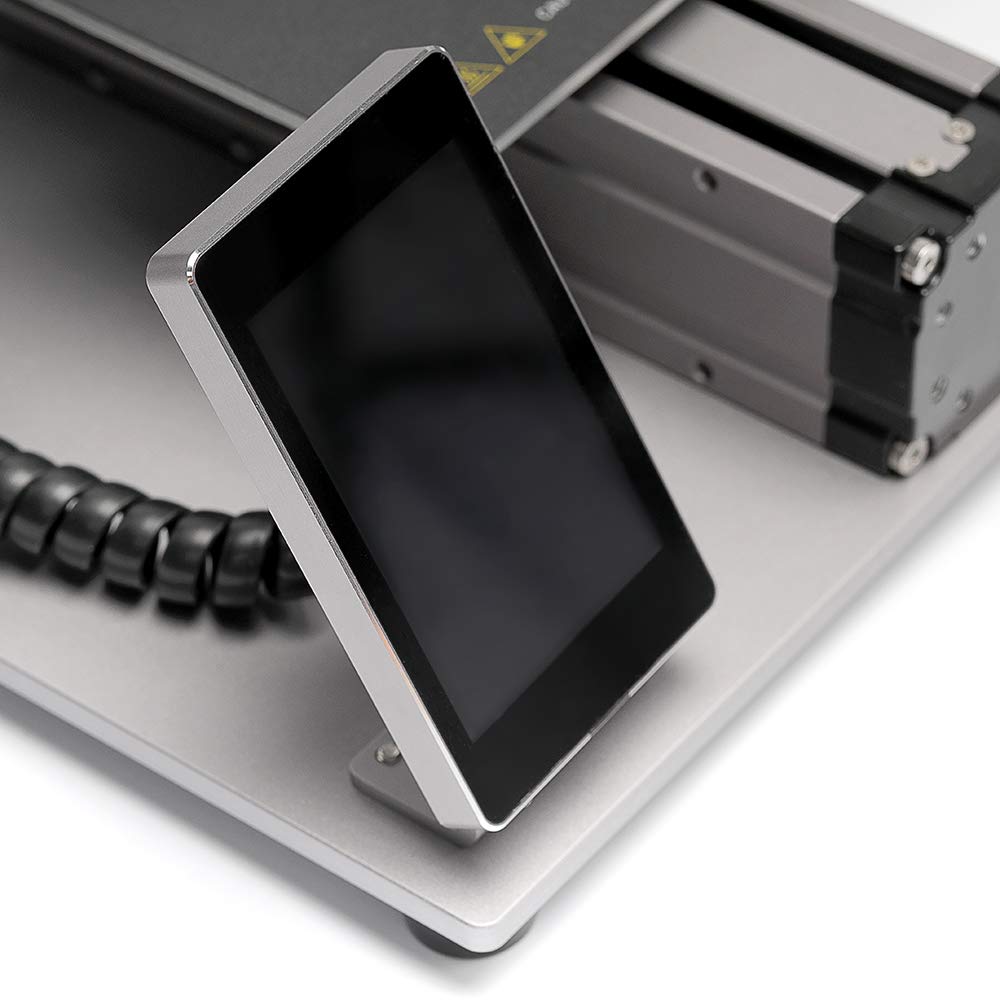 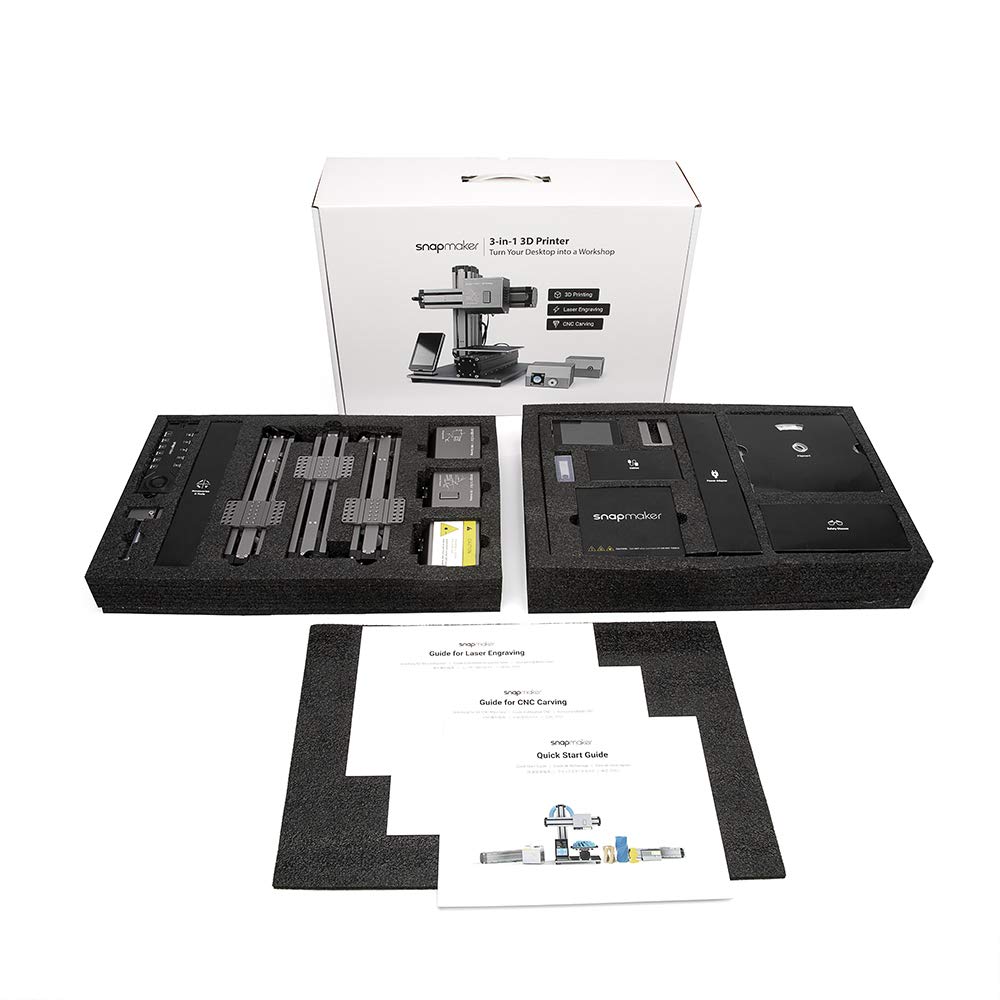 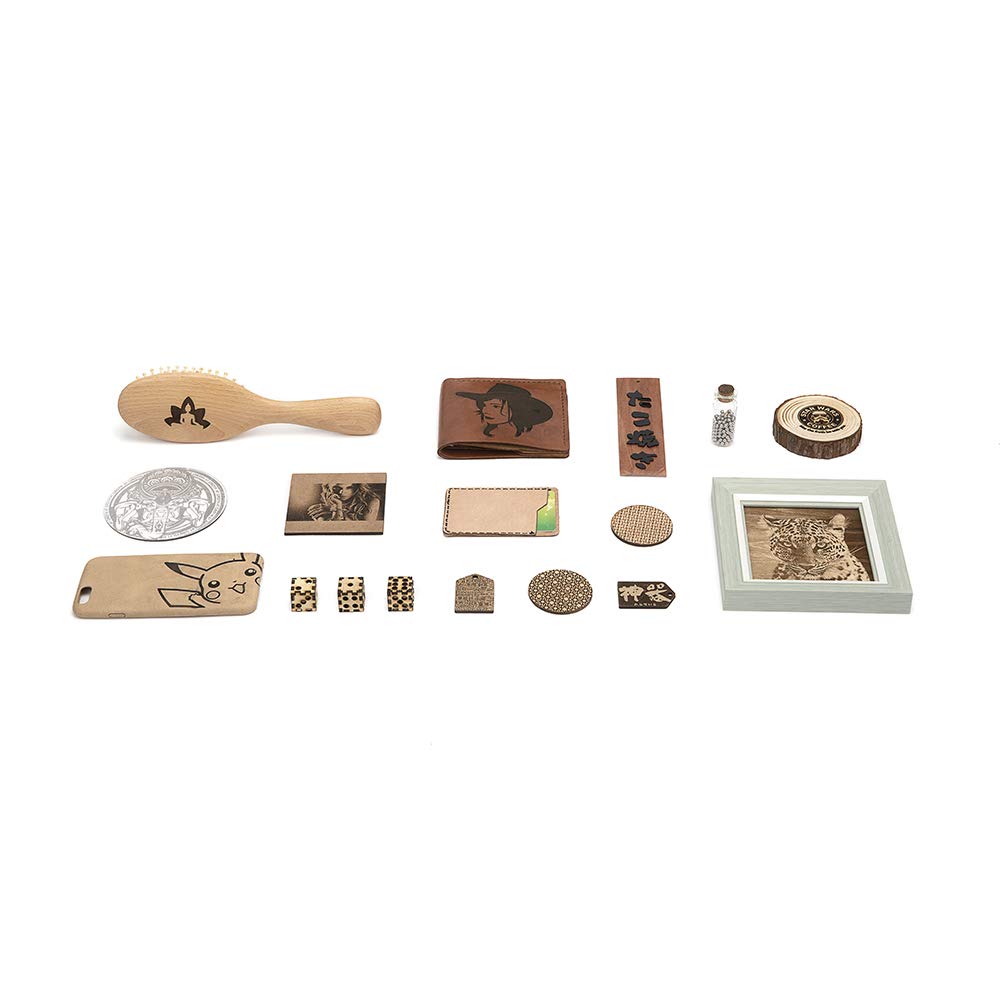 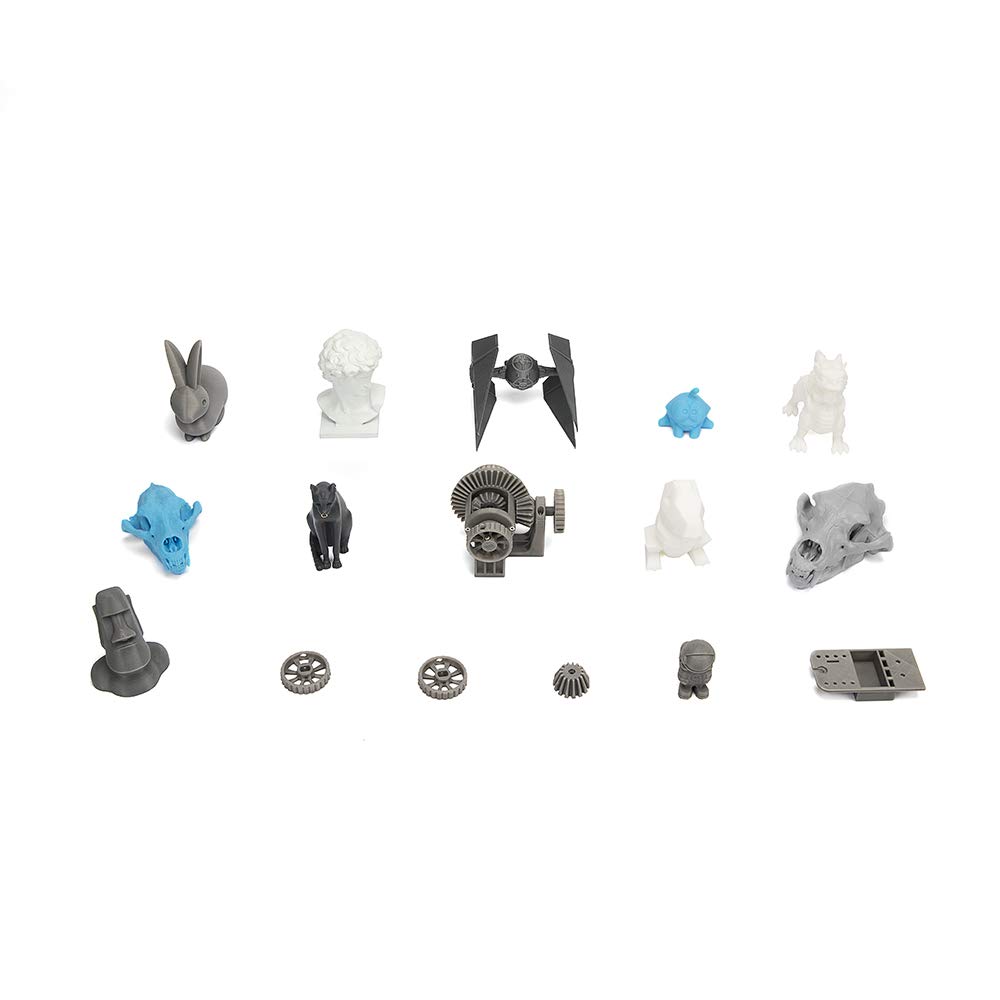 Capable of printing items up to 125 x 125 x 125 mm in size at a resolution of 50-300 microns, the Snapmaker All-Metal 3-in-1 Printer uses Fused Deposition Modeling (FDM) technology for its design creations. But this is not just an amazingly affordable 3D printer. The Snapmaker uses detachable modules to convert between a 3D printer, a CNC Carver, and a laser engraver.

Whether you want to transform drawings into physical models or simply upgrade your workspace into an industrial-grade workshop, the Snapmaker is designed for all skill levels.

“We found that all 3D printers, laser engravers, and CNC Carving machines require a three-axis linear motion system to work. So we combined them into one machine that performs all functions.”

Completely constructed out of aluminum alloys, the highly-durable industrial Snapmaker is simple to put together, equipped with a 3.2-inch color touchscreen, and is backed by an intuitive drag-and-drop software program. Even though the Snapmaker 3-in-1 Printer looks like it belongs in a Ford factory assembly line, it’s actually a quite versatile piece of machinery.

According to the company’s website, “Its versatility is achieved by using interchangeable heads, modular connector (RJ25 and RJ45) jacks, and modified firmware that enables three applications of 3D printing, laser engraving, and CSN carving.”

Offering a 500 mW beam that works with wood, bamboo, leather, plastic, fabric, and paper, the engraving module allows users to design super precise logos and images on soft surfaces, the CNC module, yet another interchangeable head, can carve wood, acrylic, and PCB at speed between 2,000 and 7,000 RPM.

With a 3D printer head speed that ranges between 10-150 mm/second, all you need to do is simply drag and drop print files into Snapmaker’s proprietary software program and watch the machine print multiple items at a time.

Whether you want to use the given slicer software or use third party applications, the choice is entirely up to the user. Considered to be the “most affordable 3-in-1 printer” about to hit the market, Snapmaker is certainly drawing some much-deserved attention at a price starting at $299.

So how did Snapmaker develop an affordable All-Metal 3-in-1 3D Printer? According to the company’s Kickstarter campaign:

“Using modular design and designing all three linear modules (the most important and expensive parts) to be identical so that all of them can be made with the same dies. It not only cuts dies costs but also allows for making linear modules in higher volume.”

Engineered for beginners as well as experienced designers, the additional CNC and laser engraver models are just an additional $75 on top of the already inexpensive 3D printing machine. This makes the Snapmaker one of the most attractive, multi-functional machines in development.