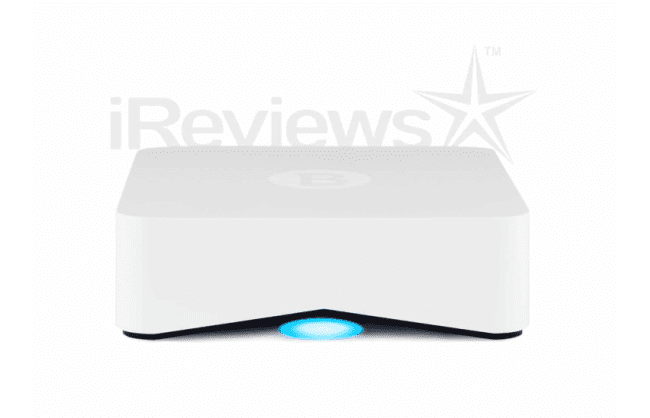 With the ever-growing popularity of the smart home, the presence of internet connected devices in our day-to-day lives is greater than ever. This phenomenon is referred to as “the Internet of things,” which is the interconnection of various computing devices embedded within everyday objects that can independently send and receive data.

Every day, more and more consumer appliances feature internet capability straight out of the box, so the need for a centralized security system for the home has never been greater. Bitdefender’s BOX is an elegant home solution for protecting every device in your personal network, from smartphone to smartcar.

Large scale device protection has been around for a long time, but those systems just aren’t reasonable for managing a home network. Bitdefender’s BOX aims to provide an attractive and compact solution for keeping your devices, and your data, out of the hands of hackers.

Bitdefender’s BOX serves as a secure mediator of all incoming online traffic and protects you and your devices from hacking, dangerous malware, phishing, and the like. The BOX’s internal components are powered by a small but powerful 400 Mhz MIPS microprocessor and features 64MB of RAM as well as 16MB of flash memory.

Aesthetically speaking, the BOX is a very attractive piece of hardware for the home and paired with its incredibly compact design, it can fit seamlessly just about anywhere. The newest model sort of reminds me of the PS5, with the pearly while plastic surrounding the black metal.

The BOX is essentially a comprehensive security suite for all your devices, such as vulnerable peripherals like IP cameras or baby monitors. It provides physical protection of your network as well and lets you install the Bitdefender Total Security software on an unlimited number of systems (Windows, Mac, iOS, Android).

All outbound connections are checked against the Bitdefender cloud, which hosts their comprehensive and frequently updated URL blacklist; this protects you from accidentally wandering into a phishing trap, known malware distributor, or anything else potentially dangerous for your device.

Additionally, all mobile devices (smartphones, tablets, or laptops) can utilize Bitdefender’s Private Line VPN software so that anytime you connect to a public Wi-Fi hotspot, your data is safe and secure.

Given that the Bitdefender BOX is one of the first commercially available products to offer protection for your home’s Internet of things, it’s understandable that there are some issues. Notably, the Bitdefender BOX is far from being plug and play. The reality of the matter is that there is a wide variety of incompatible network devices and many that require special installation procedures.

According to Bitdefender’s website, the BOX is incompatible with most AT&T and Comcast network equipment; this does not inspire confidence as those Internet Service Providers are very common these days.

Furthermore, setup requires access to the DHCP settings on your networking equipment, which can be restricted or require additional fees from your ISP.

In order to install or configure the BOX, the user is required to download an app for either android or iOS and create a BOX account. This certainly isn’t optimal for most users, especially given the fact that there is no PC/Mac web-based configuration alternative.

Once the BOX is up and running, it does a fairly good job at protecting you from the sketchy parts of the internet, but isn’t flawless. According to Digital Trends on-hands penetration testing, infected malware payloads in compressed file formats, such as .zip, .7z, .rar, managed to sneak past BOX’s detection systems.

Finally, even though the BOX can be used as a standalone wireless router, it’s not recommended. With no external antennas, the BOX Wi-Fi signal just doesn’t have enough power to be used in any home larger than a small apartment.

Features and failures aside, the Bitdefender BOX is an innovative piece of technology to help everyday internet users protect their devices and ultimately themselves from nefarious hackers. It’s hard to be the first on the market, and Bitdefender took a step in the right direction.