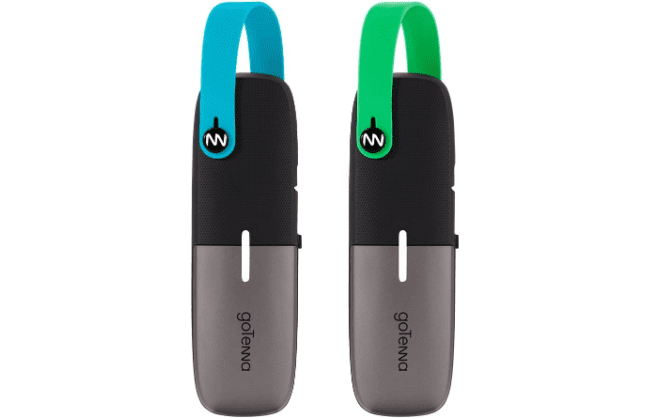 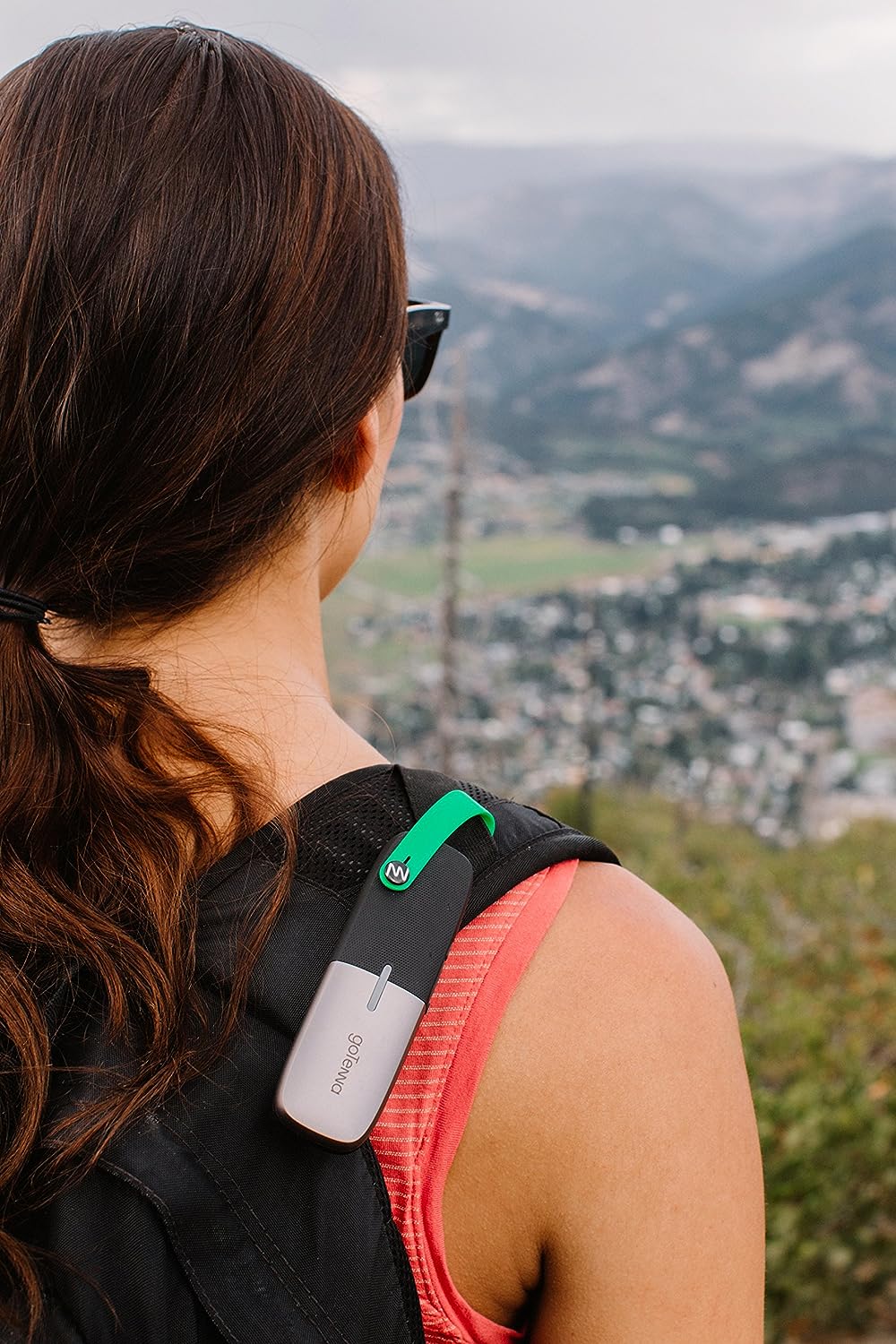 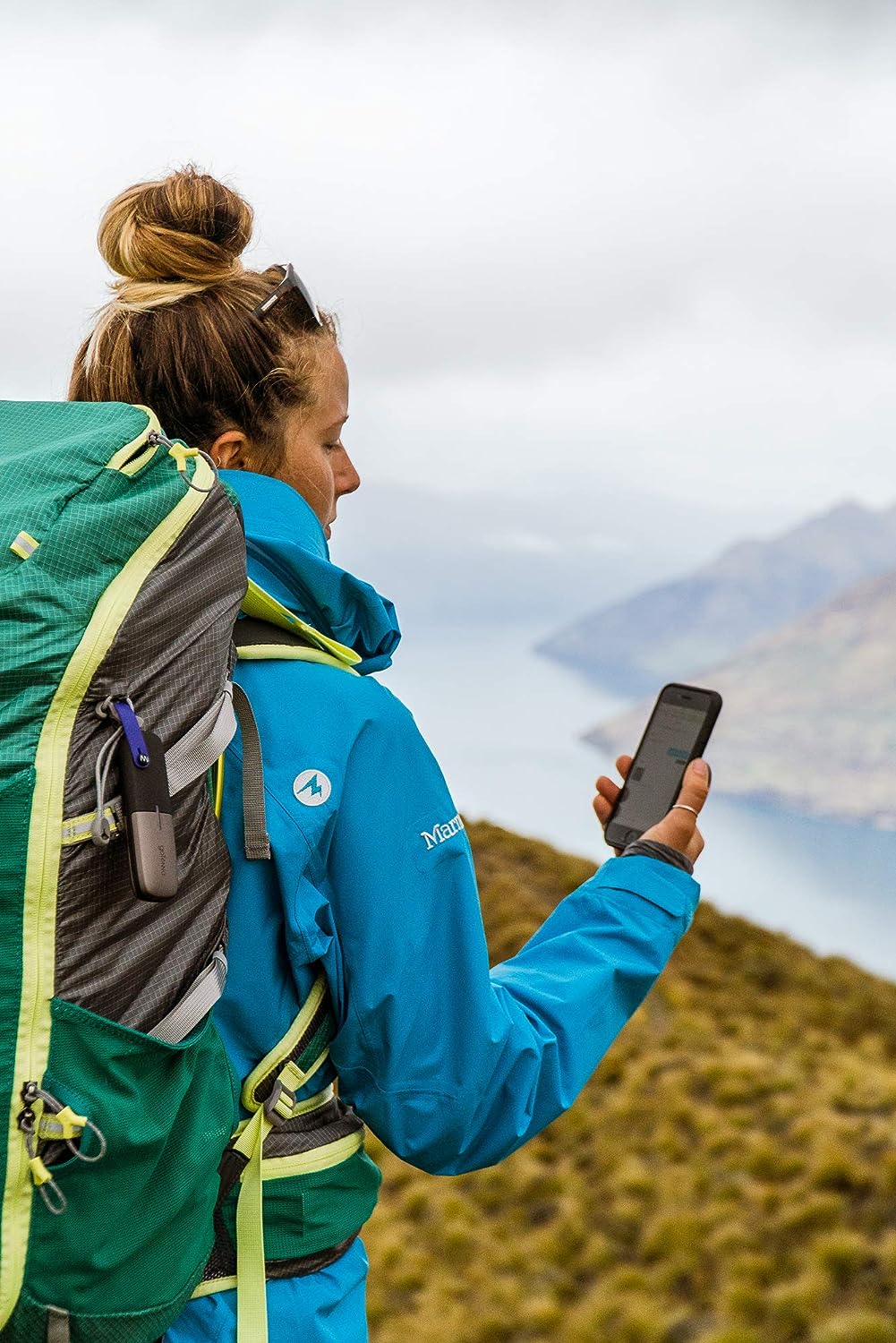 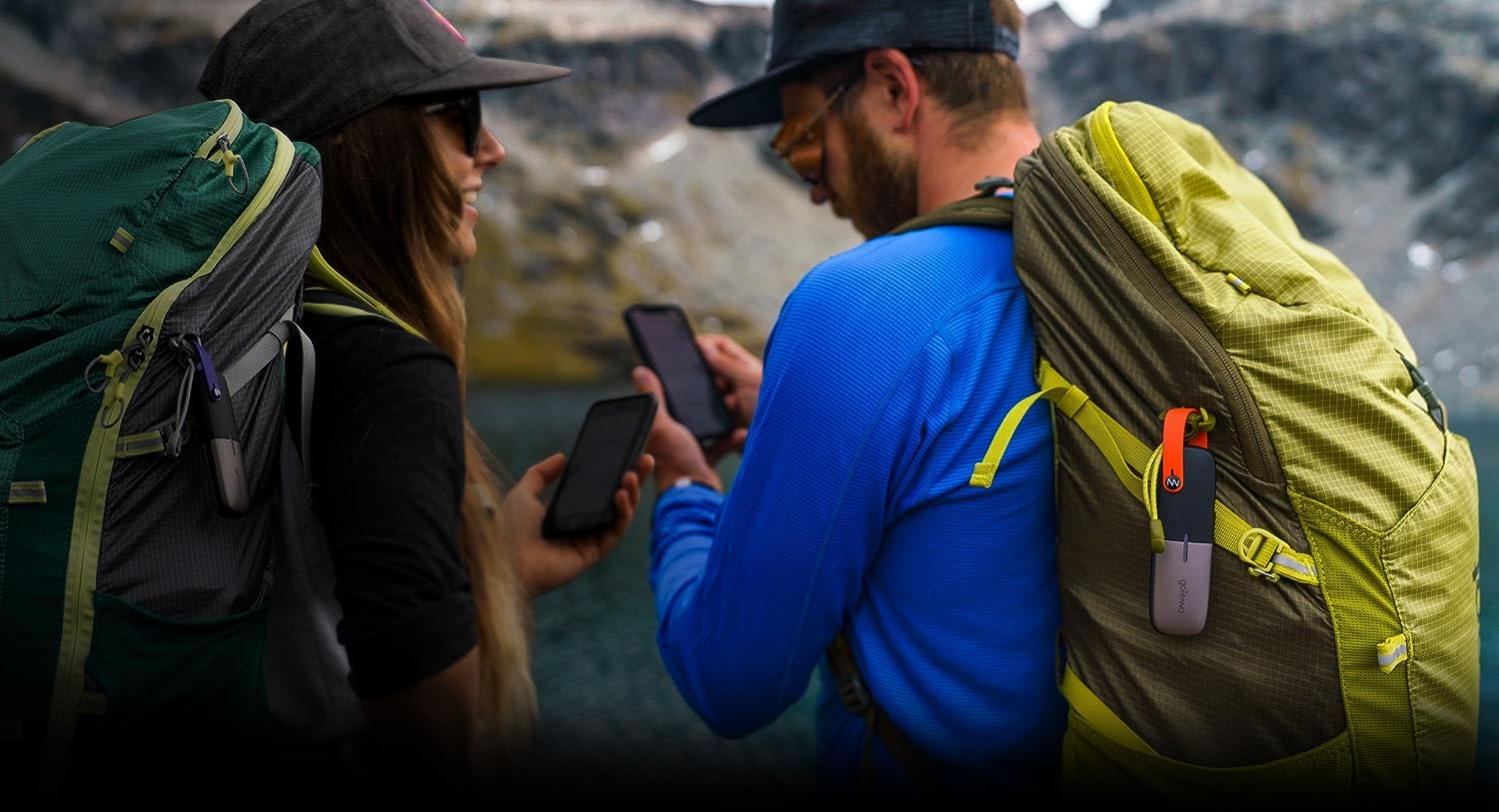 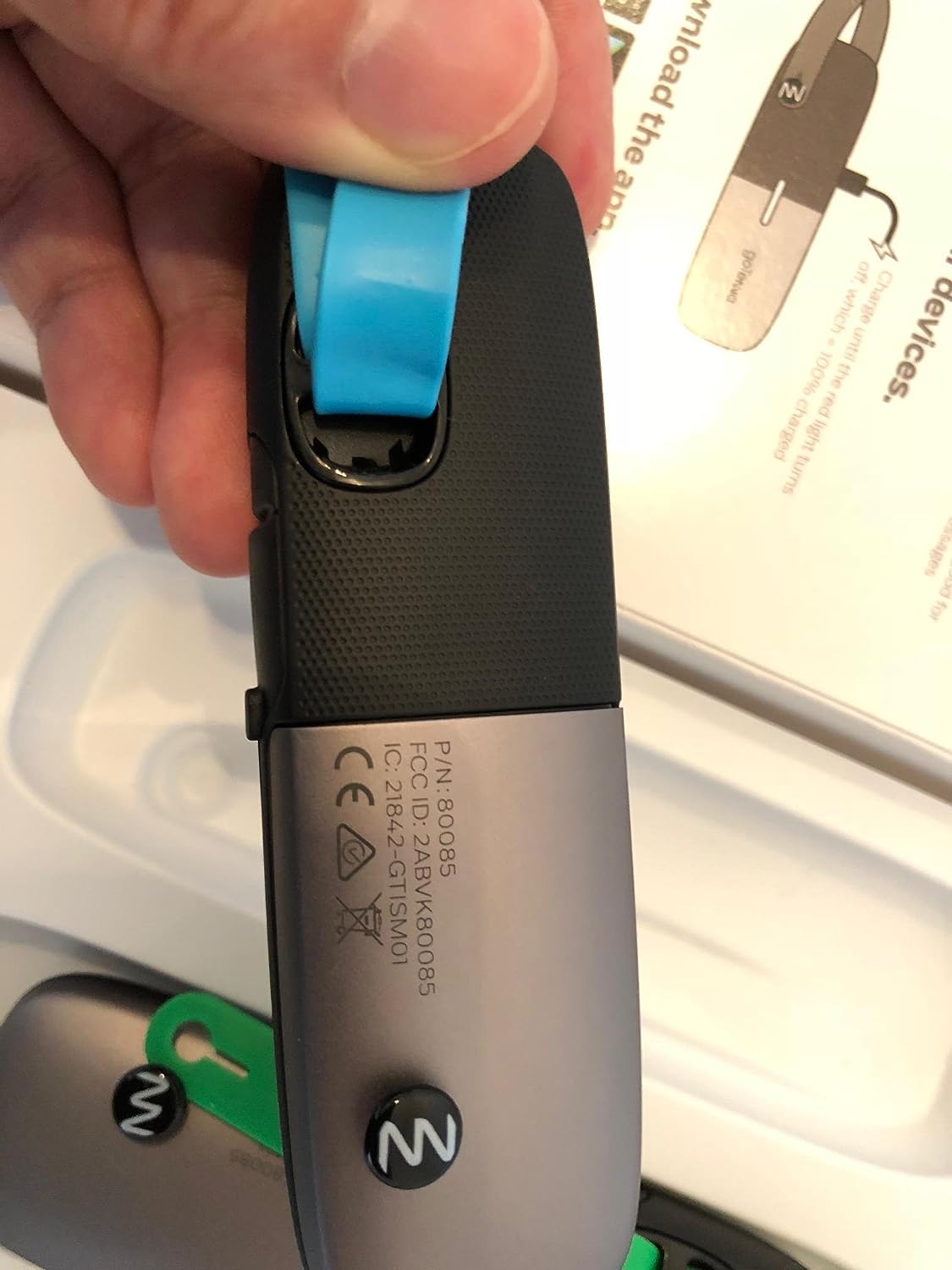 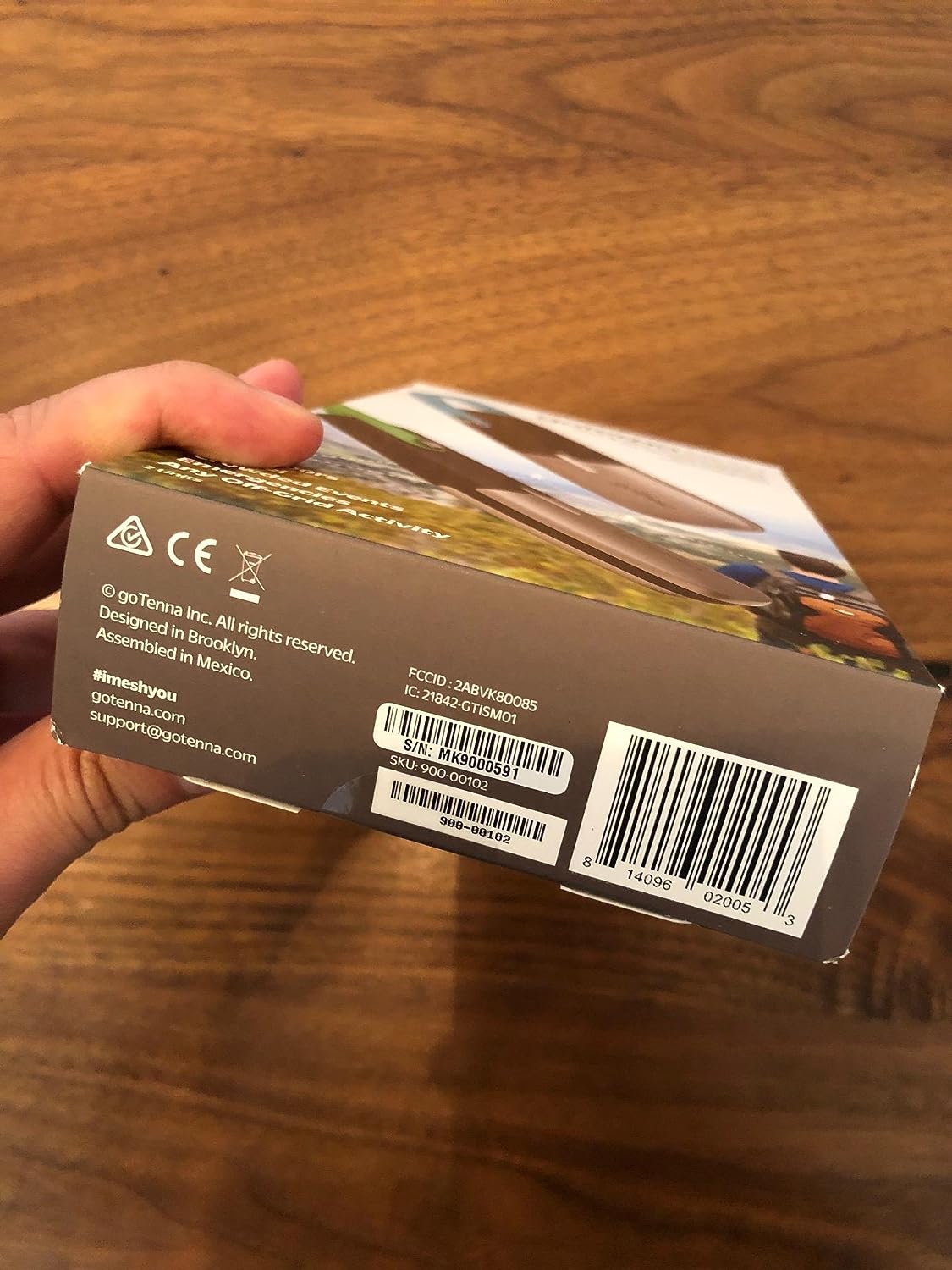 I’ve seen the GoTenna Mesh described as a walkie-talkie on steroids. The question I want to ask though is do people believe it lives up to that hype?

Designed for a more off-the-grid style of usage, GoTenna Mesh uses smart protocols and radio waves to connect to fellow Mesh users up to three miles (4.8 km). The range can be boosted up to 2-3 times that distance if you relay your signal through others. This is one of the biggest features on offer, as the more people who use it the bigger the network can get in a given area.

You can pair the goTenna Mesh with your iOS or Android smartphone via Bluetooth and the device creates its own signal. From there, it should connect with any other GoTenna in the area. You can extend your signal reach by playing leapfrog with other goTenna devices widening your connectivity even further.

What this creates is a more community-driven product. From what I’ve seen of it, it’s something that you will want if you want to pull together a large group of people in a decently sized area. All of this is to give everyone access to each other and boost all those signals.

Where to use GoTenna Mesh

The goTenna Mesh is ideal for outdoor recreation (i.e., groups deciding to hike separate trails), friends going to an outdoor concert venue, staying in separate cabins on a ski mountain, etc. There’s a reason that two devices come with every purchase, and that’s the community focus that this product tries to sell.

A GoTenna creates its own network with other GoTennas in the area. This way, the people you’ve connected with using the GoTenna are able to get back to you while also making your ability to reach each other stronger by just having more individuals in your group.

No cell tower or satellite in an area is a problem that can turn off a lot of communication devices. I can say that this is something that the GoTenna Mesh aims to resolve.

Some of GoTenna Mesh’s smart features include offline maps allowing you to use GPS without cell service. There is also location sharing to automatically let other GoTenna users know your location.

GoTenna comes with a messaging system to send private one-on-one or group messages to other GoTenna Mesh users nearby. This also has message confirmation which gives automated message receipt notification.

Since GoTenna relies on radio frequency waves, the point-to-point range is entirely dependent upon location. If you’re in an open environment, like the Midwest, it can get up to a three-mile range. If you’re using GoTenna in a city, where skyscrapers tend to block signals, then at most it might get a one-mile radius.

I don’t think GoTenna offers much to those who live and breathe the city life. It’s a product that shines best when in the hands of an outdoor enthusiast who wants to stay connected to a closely knitted group of like-minded people. In the hands of people like that, it’s a device that can do wonders would be appreciated in

I know a lot of this can sound like too much technological jargon, so I’ll try and keep things simple since even I don’t always fully grasp the tech at play.

GoTenna Mesh relies on decentralized networks. This means it has no reliance on existing infrastructure. Since goTenna does not rely on a cell tower or satellite, its signal range is not restrained.

Wired defines a mesh network as “an ad hoc network infrastructure that can be set up by anyone… without passing through any central authority or centralized organization.” With that being said, peer-to-peer communication is only limited by the nearest GoTenna Mesh device.

I know one of my biggest concerns with how this sounds is privacy and how it’s kept. How can a user be safeguarded against his or her broadcast being hacked, especially since it’s bouncing from user to user?

Described as a shipping label on a sealed package, GoTenna’s website describes the encryption process as “When a data packet is sent through a GoTenna Mesh, it is sent to a specific destination; i.e., the IR(s). The IR holds the key to decrypting the transmission, but relaying devices (and users) do not. Instead, goTenna Mesh devices acting as relay nodes can only identify certain information contained in the packet.” This means that the risk of anything being hacked is at least limited.

The GoTenna Mesh, like most smart technologies, aims to solve problems in a way that doesn’t detract from the purpose of the product. In this case, the off-grid connectivity can keep users safe. Whether it’s the unpredictable outdoors, Mother Nature, or other unforeseen dangers during an off-the-beaten-path adventure, having the ability to communicate is critical to everyone’s safety.

I know there is no such thing as a perfect product. Everything has its faults and one single problem can be a deal-breaker for many. That’s why I want to take a moment to list some of the pros and a couple of the cons I see many talking about when it comes to the GoTenna Mesh.

I will be brief here as I’ve already gone over most of my gathered thoughts already. What I think the GoTenna Mesh is best for is outdoor enthusiasts who either frequent or live well away from heavily populated areas where the density can mess with the range of the device.

If you have several friends with similar hobbies that leave you all outdoors a lot, and you want to make sure you have a closely tied group with personal communication, then this is surely the product for you. I would recommend this if this is the case, and also think you should do some further looking into the product on their sit to see just how much they have to offer you.