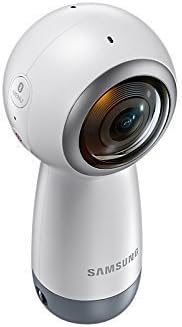 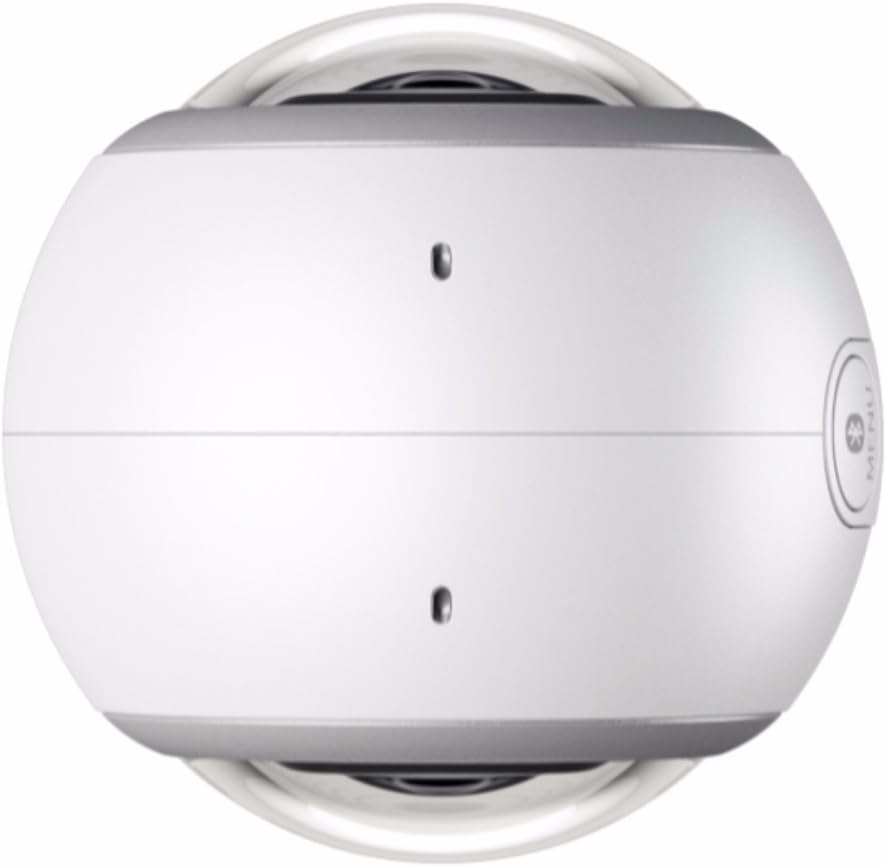 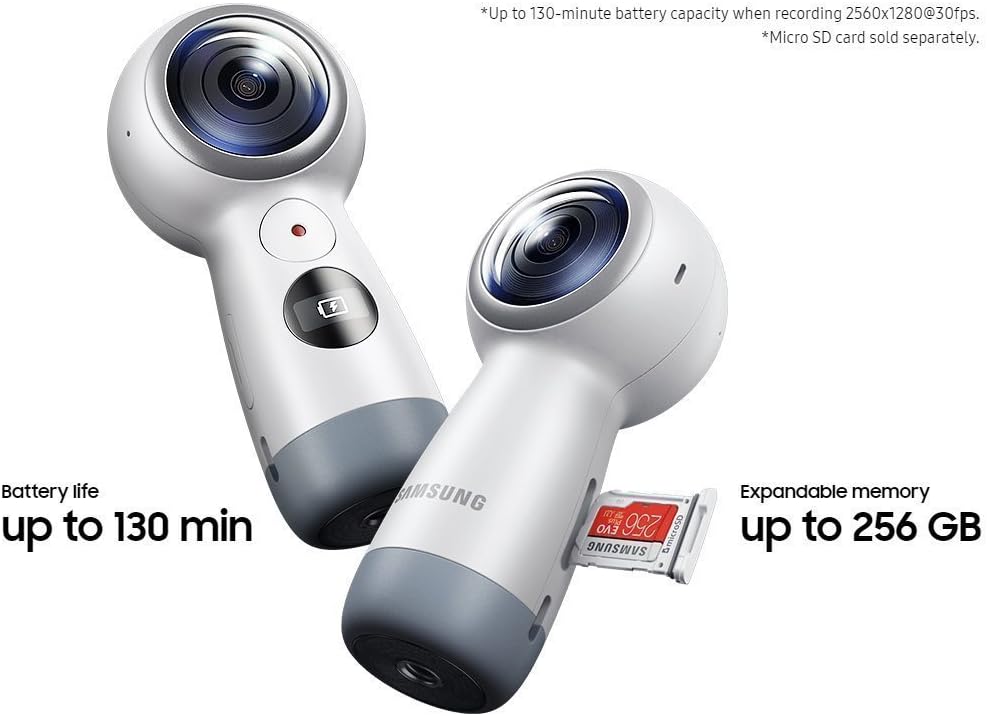 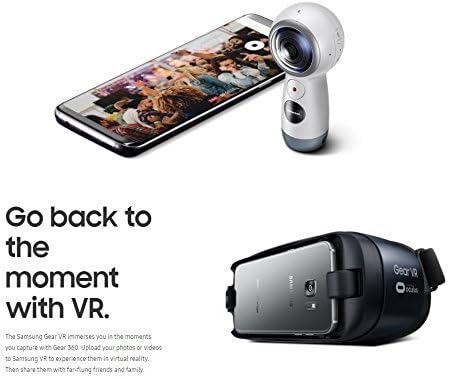 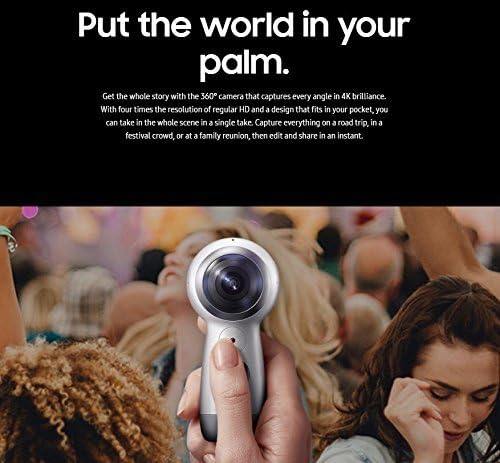 There are several big names in the tech market, and on the side of Android, there are few I feel are as big as Samsung. When they have a product to go along with their phones it’s worth taking a look at, and that’s why I think it’s worth taking some time to give the Samsung Gear 360 a look over.

To start off, the second-generation Samsung Gear 360 camera is leaps and bounds above its predecessor. Its power is capable of capturing full panoramic shots and putting them into 4K video and 15 MP photo resolution. the Gear 360 is also equipped with dual 180-degree lenses working in concert to deliver 360-degree HD pictures that take are easy to make and beautiful to look at.

I know there are a lot of 360 cameras out on the market, but the reliability factor of buying from a company like Samsung can’t be understated. The technology is decent and manages to remain on the cheaper end when it comes to cameras that are focused on 360 shots. I think that’s a good start for any product.

The design of the Samsung Gear 360 comes with a lot of different options that I think are both useful and easy to wrap your head around. Nowhere is this more noteworthy than with its different lens options.

Whether you want to use just one of the lenses to capture a single scene or shoot the complete 360-degree panoramic of a gorgeous view with both fish-eye lenses, the type of shot is entirely up to you. Armed with powerful f/2.2 lenses that are both splash and dust resistant, the Gear 360 is a well-fitted camera that is super durable. The durability I feel is often overlooked when it comes to these cameras, so it’s always good to see one that doesn’t skimp out.

The Samsung Gear 360 is, at its core, designed to be portable. It weighs only about 5 ounces and has a shape that can easily slide right into your pocket. Accompanying the camera is an ergonomic handle at the base for image and video stabilization enabling users to shoot an entire scene in one single take.

From memorable road trips to stadium concerts, the simple-to-use Gear 360 is designed so that even a novice photographer like myself can have an easy time figuring out how it works.

Most decent cameras these days have some type of compatibility with your phones or some other digital means to easily upload your photos and videos. The Samsung Gear 360 is no exception.

Sharing your panoramic footage or360 high-res images over Facebook, Twitter, YouTube, or Instagram, is as seamless as connecting to the multi-compatible Gear 360 app. This is where you can preview, edit, and share your day’s footage with your social media network with a simple click of a button. It can feel a bit basic on its own compared to other apps out there, but I think it would be serviceable enough for most people.

If you want to step up the technology and transform your work into a fully immersive experience, the Samsung Gear VR is also compatible with the Gear 360 camera. This is a feature everyone will get access to though, as the Samsung VR is not available for iOS devices=. The inability to work with an iOS system should come as no surprise, but it is still an aspect of the camera that I need to point out.

A camera can be the best thing in the world, but if it’s so fragile that a single drop will render it useless it might not be worth it. While the Samsung Gear 360 does come with two fisheye lenses that capture four times the resolution of regular HD, just how durable is the design?

The Gear 360 is not a camera that’s going to easily snap at being dropped off your desk. It can suffer harm from hitting hard surfaces from a small drop, but one or two times won’t likely be enough to shatter anything.

The camera is also capable of handling a splash but not a full submerge. This means that the Gear 360 has the IP53 water-resistant rating getting it beyond that threshold of a little rain not harming it. However, while a drizzle won’t hurt it a full dip into a body of water could cause major issues.

The camera is also equipped with a decent resistance to dust. Smaller particles won’t have an easy time scratching it up, but I still would keep it in a clean and safe environment when it is not being used.

With everything I’ve talked about so far, I think it’s a good idea to line up the pros and the cons that the Samsung Gear 360 offers. I want to allow the most informed choices possible to be made, so I’ll be giving what I think are the biggest things for and against it.

There are a lot of parts and functions to the Samsung Gear 360 that I think make it worth the generous price tag. The minor durability along with the number of features certainly make it worth it for most people who already use Android.

The biggest drawback is for people who use iOS instead of Android. While you won’t lose access to the main features of the camera, you will be out of a lot of the other small and enjoyable components to it that require Android to function. Along with this, while it’s not too expensive of a camera some of the features, such as the VR, do require more expensive pieces of equipment to work.