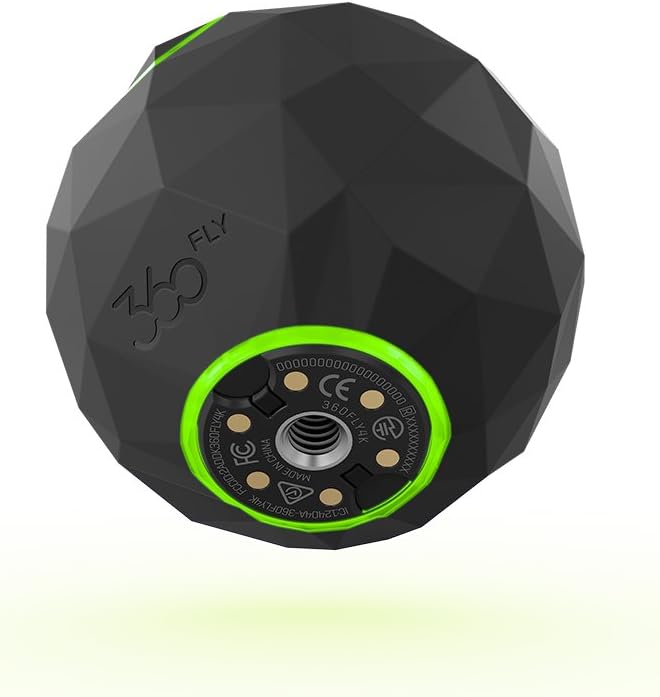 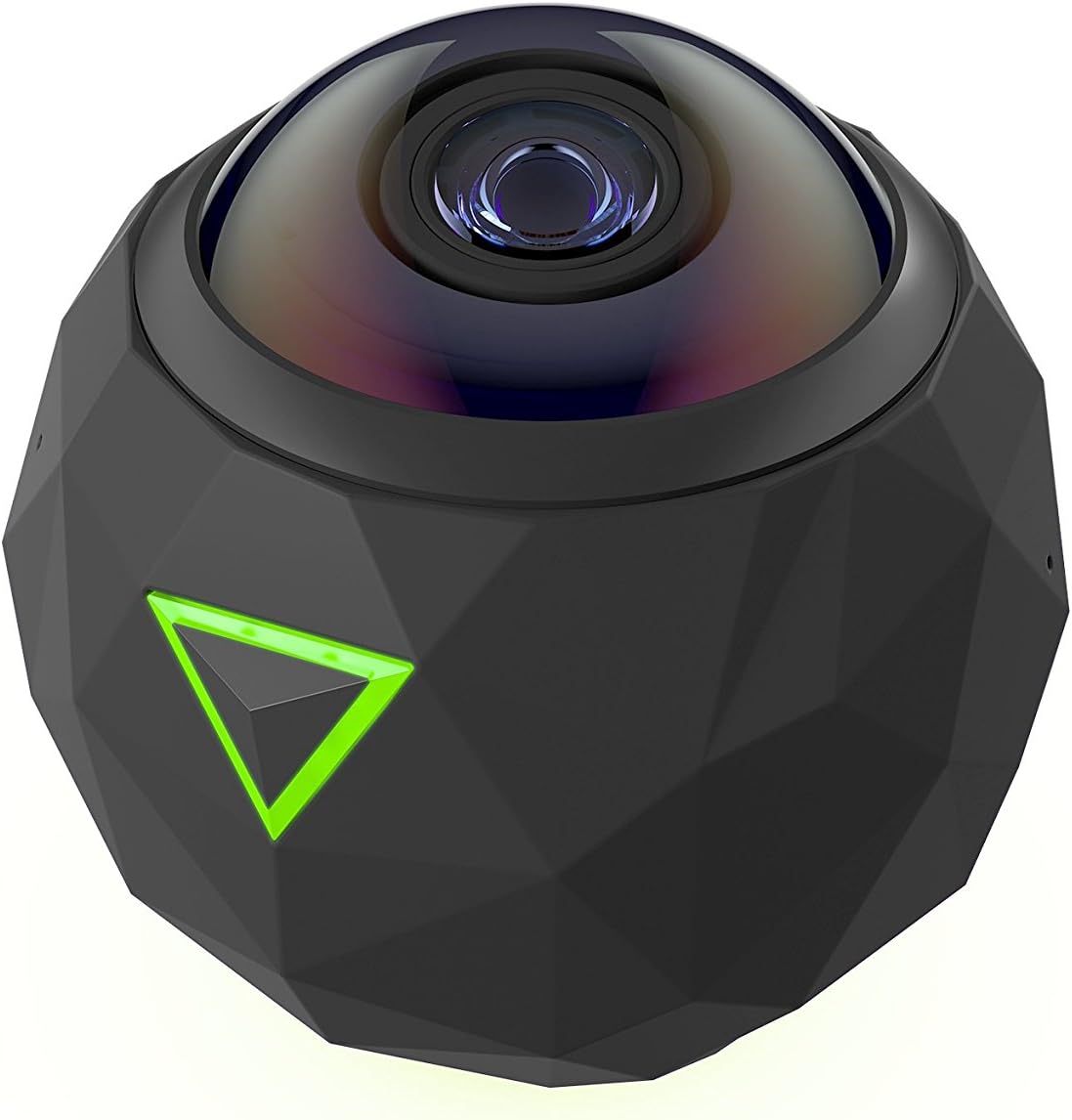 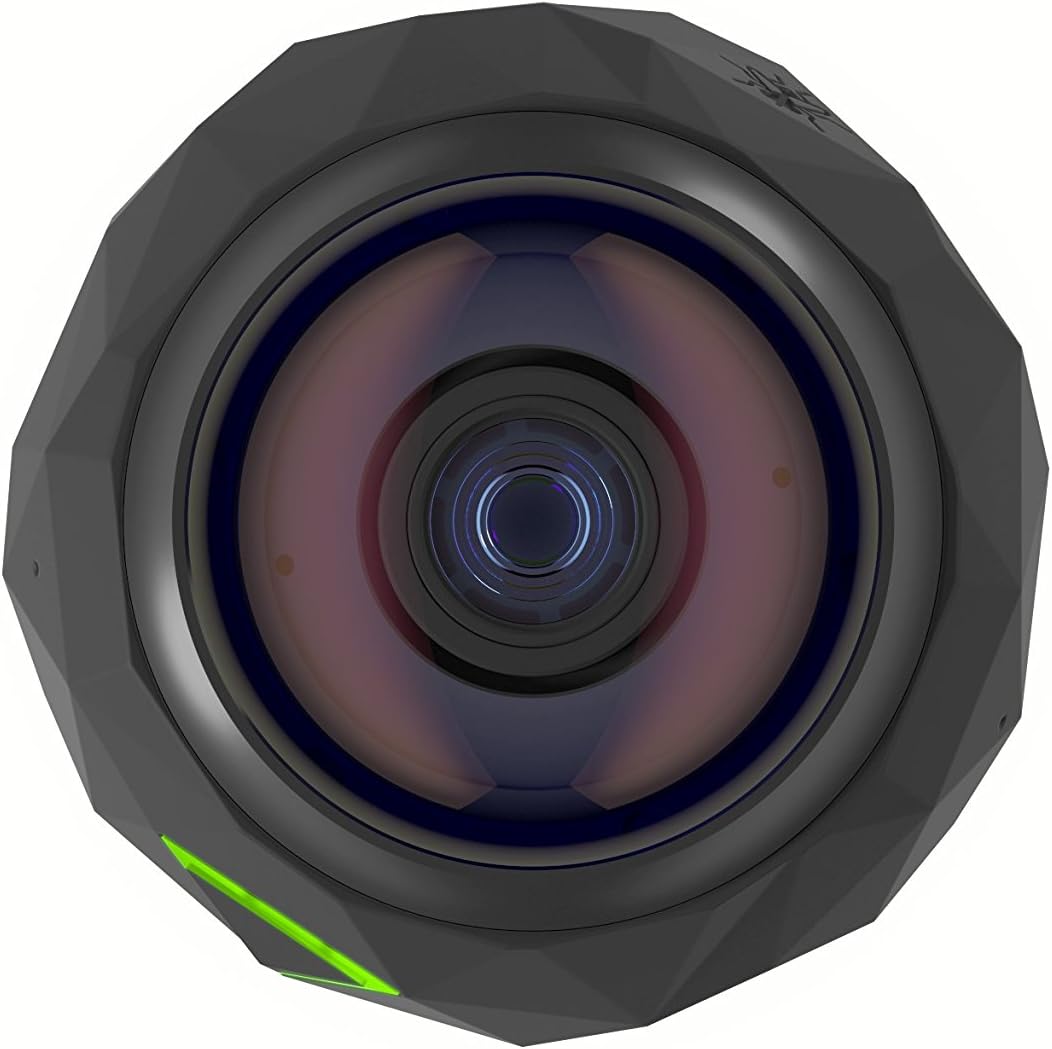 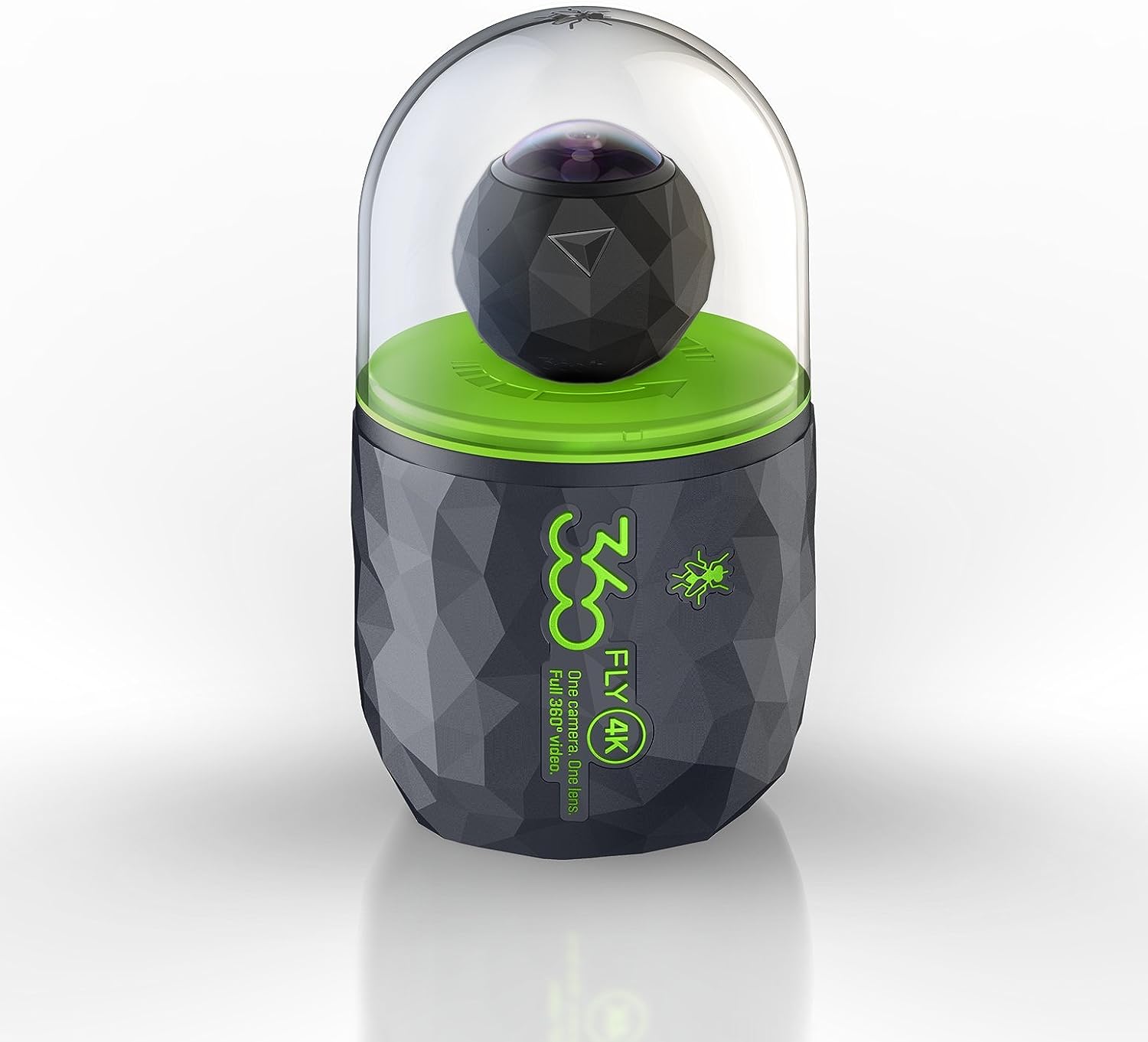 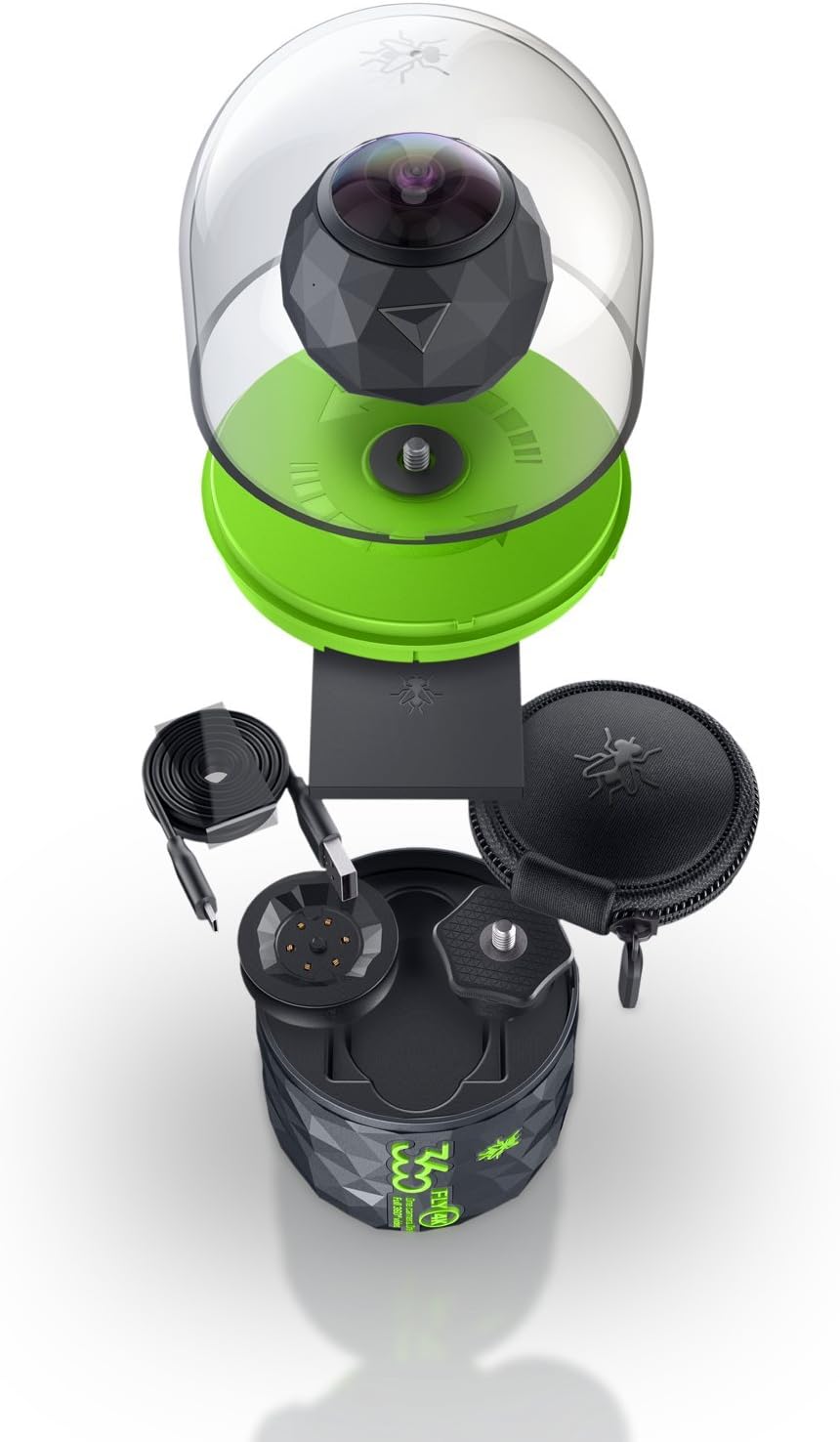 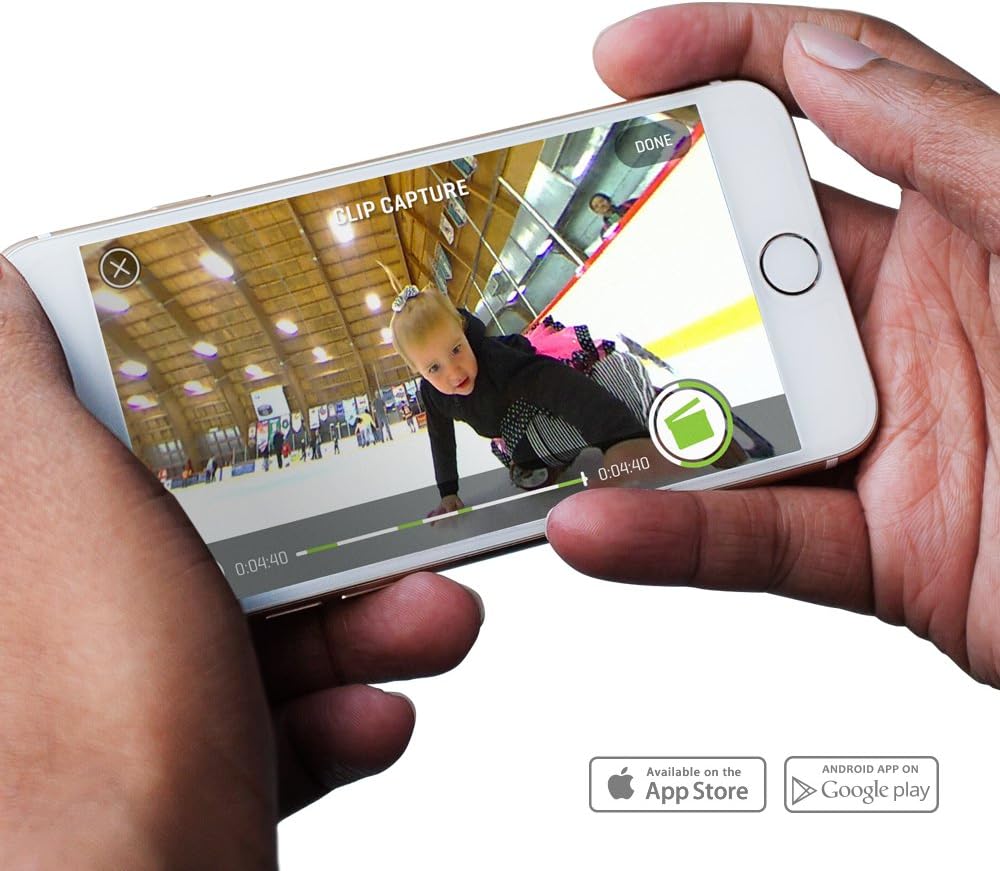 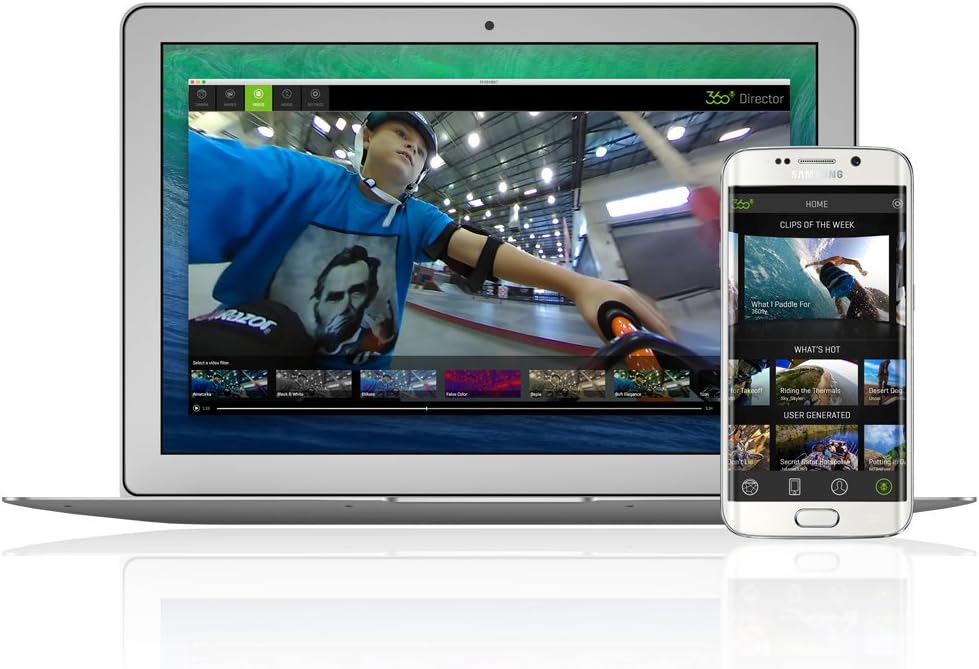 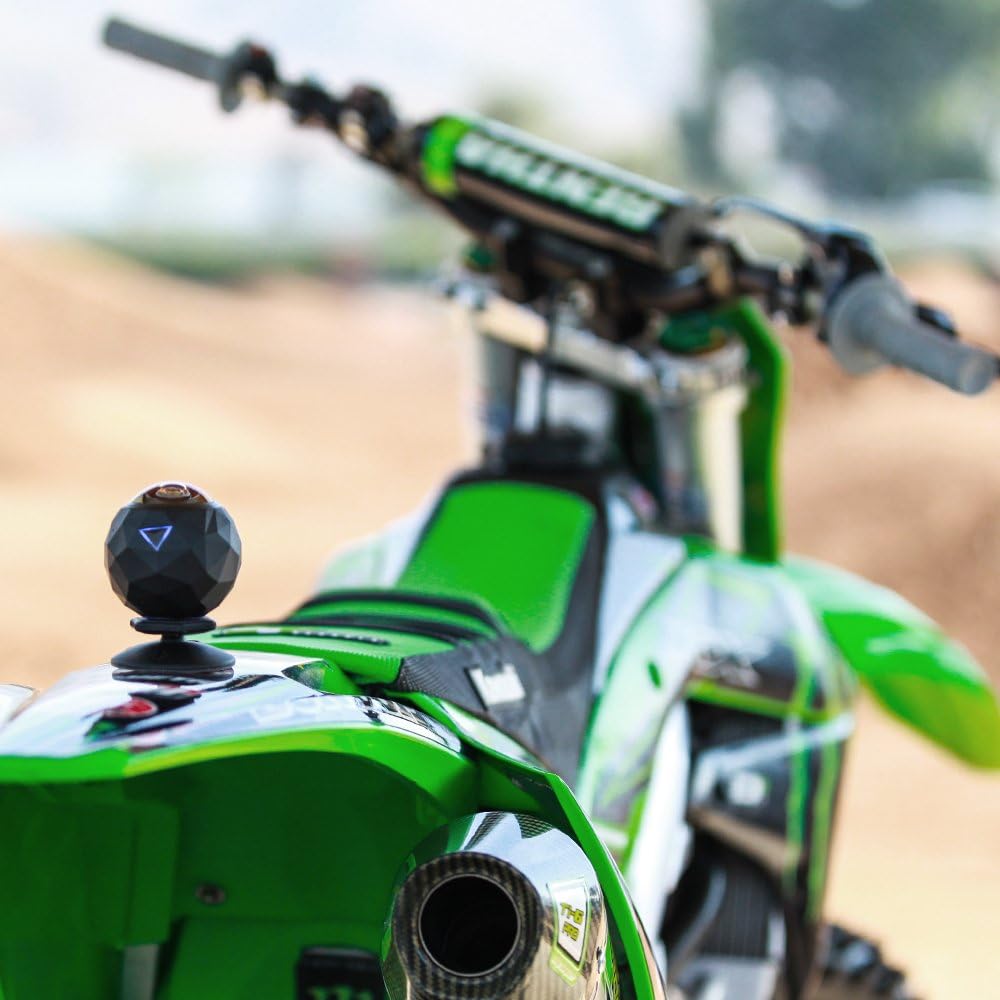 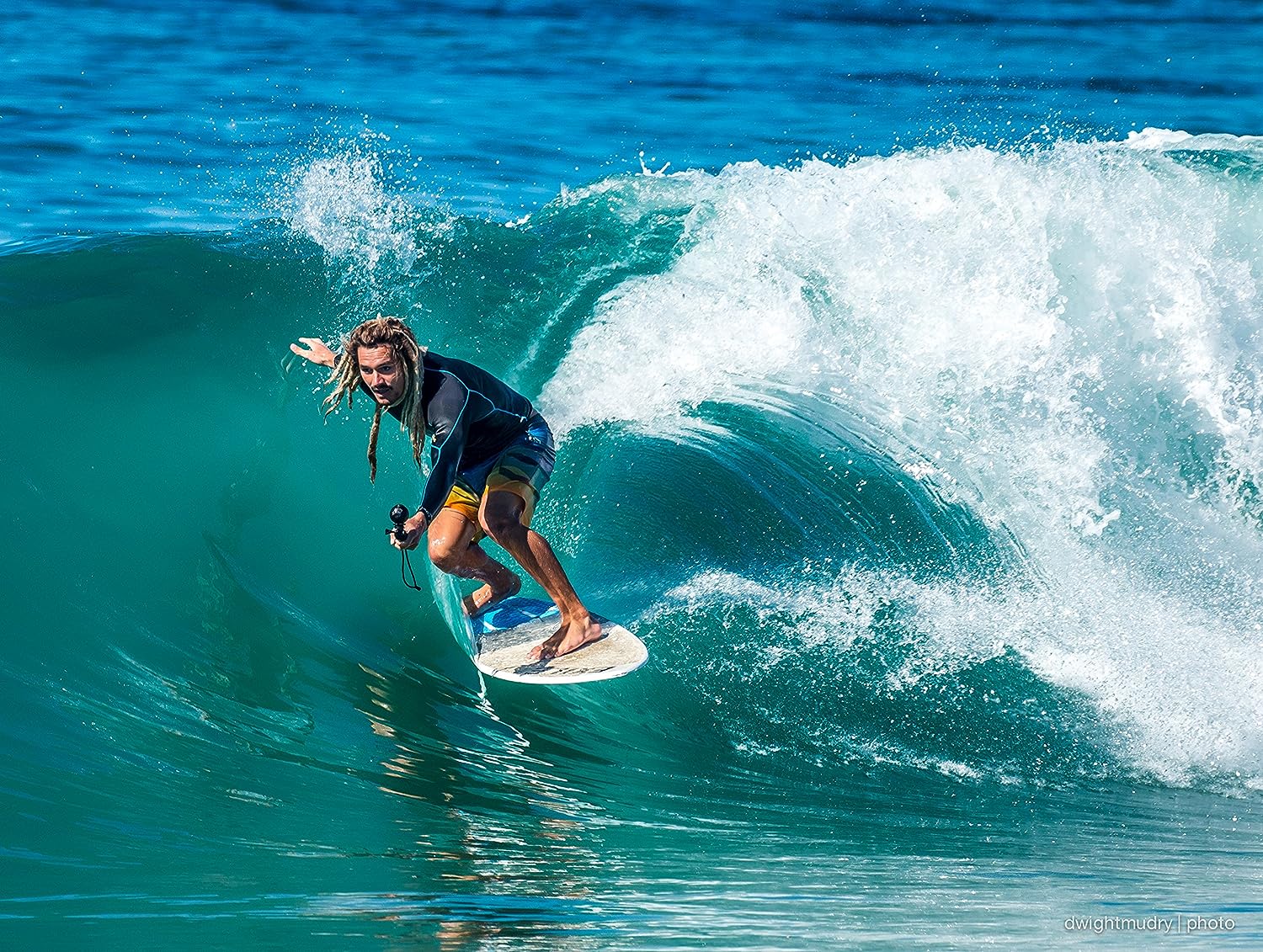 From its cool spherical action-cam design to its intuitive companion app, the 360fly is a state-of-the-art 4K camera designed to capture your next adventure. With a 2880 x 2880 pixel resolution and a full 360-degree horizontal x 240-degree vertical field of view, users have full control over capturing immersive content.

Whether it’s choosing between 24 fps for live video screening or recording at 30 fps without the live view, image quality can be adjusted to your desired preference. Backed by 64GB of storage, the action-packed 360fly camera holds up to 3 hours of 4K resolution video. The 360fly can seamlessly switch between recording in spherical 360-degrees to the standard 16:9 format – making this a highly versatile point-and-shoot camera.

Armed with built-in GPS, altimeter, and accelerometer sensors, the 360fly creators are preparing for overlaying augmented reality data on top of 4K video action. On the cusp of integrating the AR technology, 360fly comes with one of the best mobile apps on the market – enabling seamless viewing, editing, sharing of 360-degree content.

By simply turning the camera on, the 360fly is automatically connected to Bluetooth/WiFi technology. This is where the magic happens. Opening the mobile app allows for live streaming of HD content, the ability to shoot time-lapse video, and access to a full editing suite. Whether you want to grab stills from video splices, adjust playback speed, add image filters, or cut your favorite soundtrack, the 360fly app offers an intuitive editing package designed for post-production greatness.

The 360fly also has a Desktop Director version – allowing users to merge clips from different recordings. Even though it doesn’t have all of the features of the Mobile App, like uploading videos directly to Facebook or YouTube, it still provides for seamless post-production editing of different sections of video content.

The Mobile App includes a Watch Me Mode – turning the user into a viral movie director – empowering the editor to pinch, zoom, or swipe 360-degree content. From there, the content can be transformed into 16:9 widescreen video to be shared over social media platforms. This can all be done through the 360fly app and if you’re interested in live streaming 360-video, the camera’s software integrates with Livit – the revolutionary live streaming service.

If the iOS/Android compatible 360fly mobile app is the magic behind the camera, the user-friendly spherical design is where the durability as an action camera lies. The dustproof and shockproof camera is water-resistant down to about 10 meters (34 feet). The 61 mm sphere is both lightweight (172g), aerodynamic and comes with a standard tripod mount. With a battery life capable of handling 1.5 hours of recording and a PowerCradle charging port, users can easily transfer images without too much concern around the file size.

The 360fly 4K camera, from a resolution standpoint, does its job whether you’re capturing stills or streaming live footage. The 2880 x 2880 top pixel resolution is pretty standard for its price-point but choosing between 24 fps or 30 fps gives the user some nice options with regard to real-time viewing. With that being said, the 360fly comes with one of the best mobile app’s on the market and blows away the competition with its ability to view, edit, and share 360-degree immersive content.